It was a warm week-day afternoon, around the early 1950’s. I had just finished my school day and was crossing the road to pick up my father from the office of N Sirur & Company, at Kalaghoda, Fort, Bombay.

As I reached the other side I chanced upon  Ramakrishna A Lajmi, who had retired from the firm a decade earlier. Relying on a walking stick, attired in his customary shirt, dhoti, coat, black cap and chappals, he portrayed the quintessential Saraswat gentleman of a past age. For some inexplicable reason, he held my arm and spoke to me in Konkani:"Vhai re puta ! Magale sagle ayushyantu hanwe ekuch honest manushya palaila – tugalo ajjo Datta! (Young man! In my entire life, I have come across only one honest man –  your grandfather Datta!)." 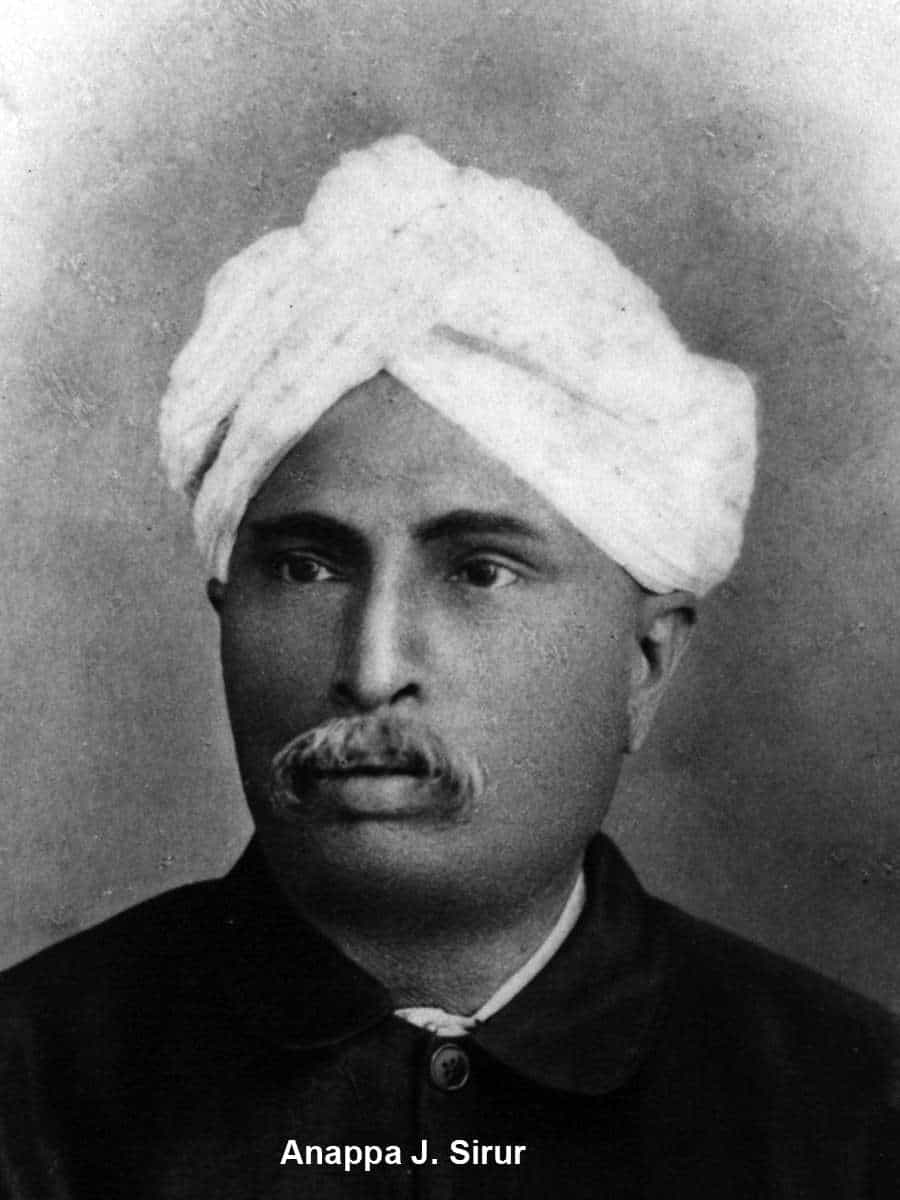 Extravagant though this statement might appear in the current time, the impression that has always been with me, was this: Here was this gentleman who had spent his entire professional life working in a firm that he had retired from, but the love and respect that he had, along with countless others, for the central figure in that business enterprise, continued to linger, long after he had left the scene. Would it be an exaggeration to say that the endeavours of Dattatrya Narayan Sirur and the enterprises that he created touched just about every family in this our small community of Chitrapur Saraswats?

Every successful man has his share of detractors, the naysayers who would cavil and carp, either through sheer envy or through rightful indignation at a perceived wrong done. In all these years I have yet to come across a person who does not have anything to say but a kind word and convey a deep sense of admiration for the memory of the person that was D N Sirur.

I did not know my grandfather, because he passed away 75 years ago on 11th March 1937, just 5 months before I was born. Every person who knew him personally has now passed on and so I have to rely on written material from several persons and the impressions that they have recorded.

The foundation for the achievements of D N Sirur was laid two generations earlier. The Sirur family hailing from that eponymous town, on the border of North and South Kanara had moved to Kumta in or about 1870 where D N Sirur was born in 1876. His grandfather, Anappa Sirur was the District Court prosecutor for the British Administration of North Kanara. Circumstances that severely tested his integrity made it impossible for him to continue in that position. 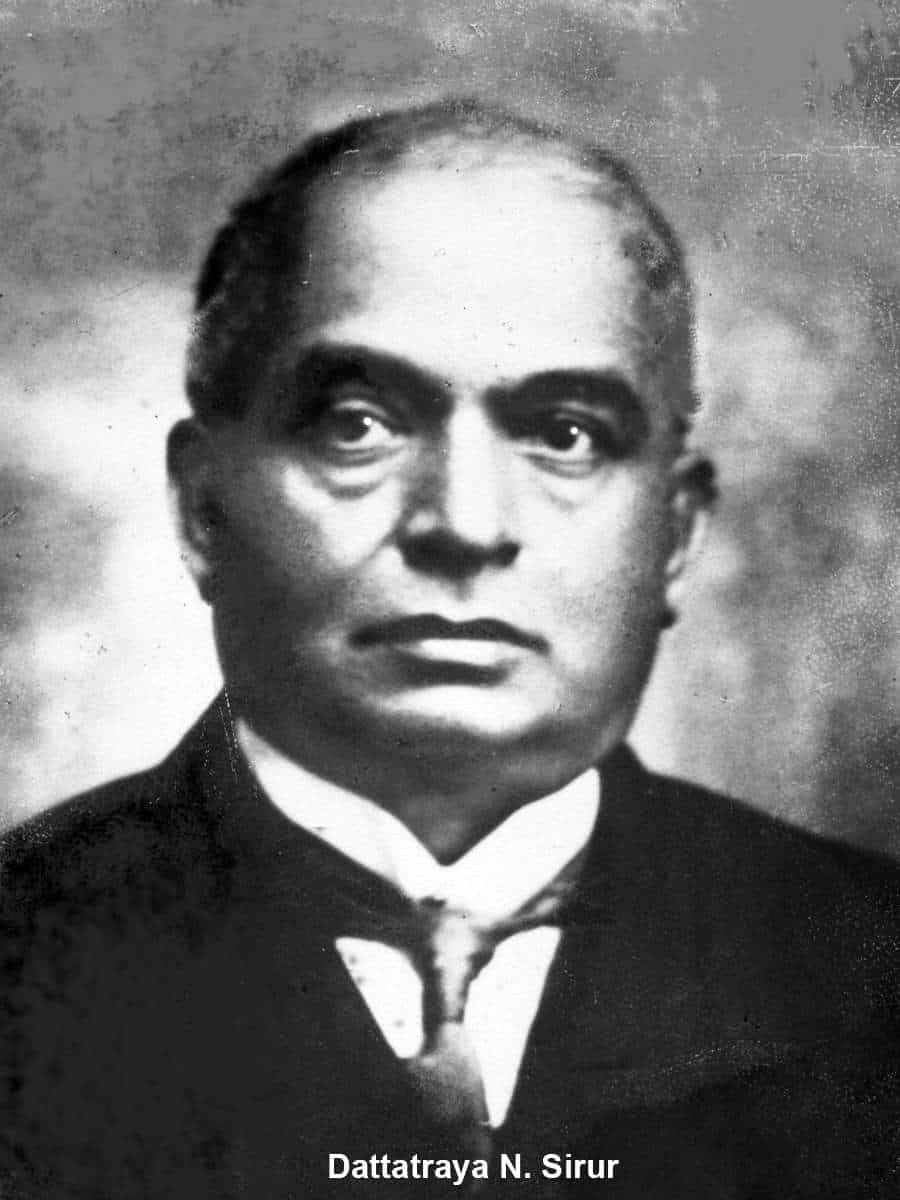 Round about this time two Scottish gentleman, brothers John and Patrick Chrystal, were scouting around for a person of unimpeachable honesty to help them in the cotton export business they had started some years earlier and found him in the person of Anappa Sirur. By joining the firm of P Chrystal & Co., Anappa Sirur was probably one of the first Bhanaps to venture into the private sector who until then were largely into civil service and government jobs.

The American Civil War had devastated the cotton-fields of the southern United States which in turn pumped up a huge demand in the Lancashire mills for Indian cotton. This cotton grew on the highlands of the Deccan Plateau and had to be transported in bullock carts to the ports strung along the coast of Western India. Kumta was one such port, which during this period exported massive quantities of cotton to the UK, so much so that to this day, all Indian cotton in England is designated as ‘Coomptas’.

Anappa Sirur’s job was to organise caravans of bullock-carts from Kumta, ascend the ghats, tour the cotton growing areas of what is now North Karnataka and return with the cotton which would then be packed and shipped off to its UK destination.

Anappa Sirur worked conscientiously at this strenuous job and when he retired, his two sons Ramakrishna and Narayan were inducted into the firm of P Chrystal & Co.

Meanwhile, P Chrystal & Co, in an effort to ascend the value chain, sought to found two spinning mills in Hubli and acquired another running mill in Bangalore. The task of erecting and commissioning the Hubli mills fell to the younger brother Narayan who performed this task diligently and in due time was rewarded by being made a partner in the firm. 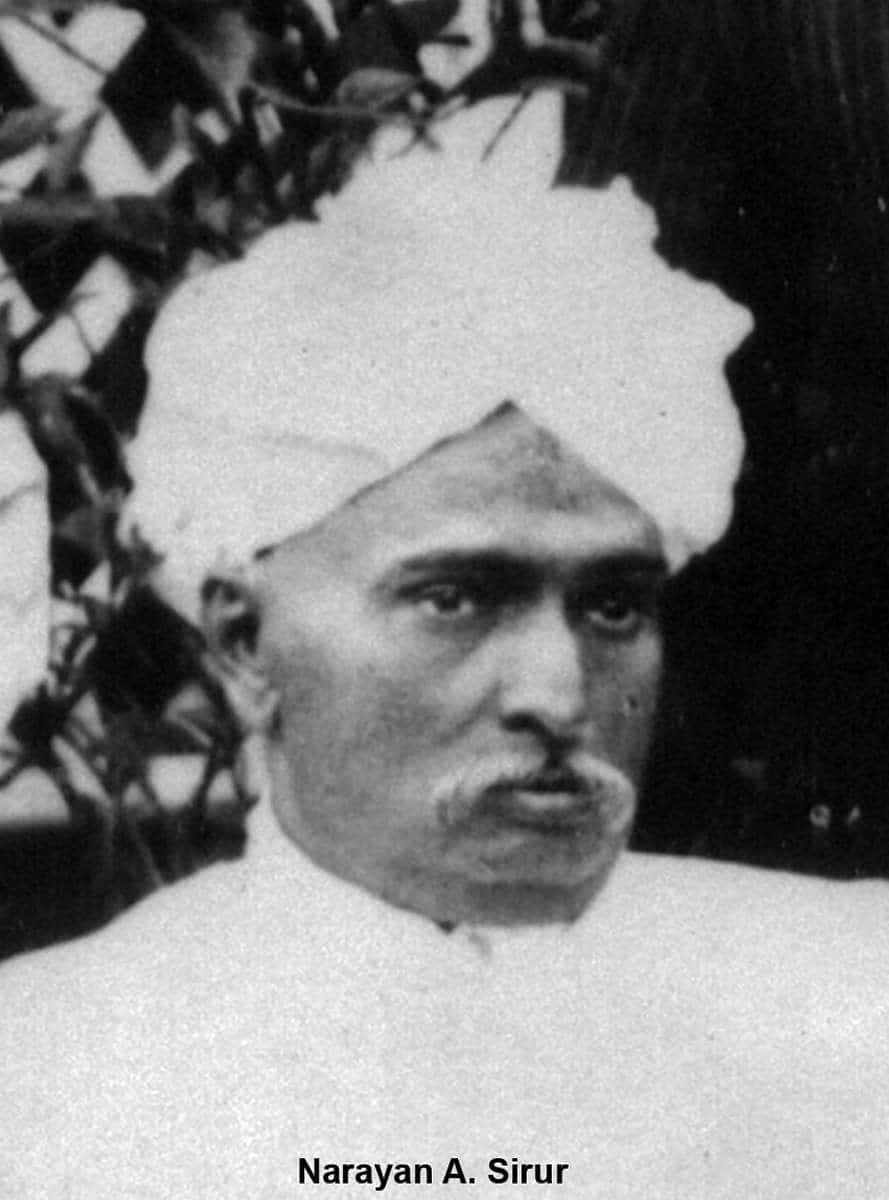 Towards the end of the 19th Century, the firm of P Chrystal & Co. fell into troubled times and decided to revert to their core business which was cotton trading rather than cotton manufacturing. The larger mills in Hubli were quickly snapped up by the prestigious firm of Forbes, Forbes and Campbell. The smaller mill in Bangalore, Mysore Mills, had been started as the very first industrial enterprise in the city of Bangalore, financed by the royal family of the Princely State of Mysore and had had a chequered past before it was acquired by P. Chrystal & Co. Dattatreya, the elder son of Narayan, by virtue of the latter’s partnership in the firm, wanted his father to press his claim to this mill. The father did not like the idea and gave him no encouragement. It was then that the disappointed son decided that he would stake his own claim, derived from his patrimony, but independent of his father.

Because the fixed assets of the mill were mortgaged to the Government of Mysore it was necessary to seek the permission of the British Resident in Bangalore. A young, confident D N Sirur, not yet 30 years of age, sat in front of this august figure, outlining his business plan and quickly convinced the British Resident of his rightful claim to the mill and his ability to make it a success.

The mill was in terrible condition, the machinery was old, the buildings even older. The lien on the liquid assets were held by a financier in Bombay. It was under dismal conditions that D N Sirur decided to take over the managing agency of the mill under his own name and founded the firm of N Sirur & Co. in 1904, which he dutifully named after his father. There were only two partners: he and his wife Sunderabai. An apocryphal story tells of D N Sirur raising Rs 5000 by mortgaging the jewellery of his wife, to finance the firm.

Explains Narsingrao S Sirur, his cousin and the first Indian General Manager of Mysore Mills: "I look back to the year 1904 when Mysore Mills with which I have had a connection, had a re-birth. Founded in the eighties of the 19th Century, it had well-nigh become the despair of men of high reputation in the industry of those times. Like Lazarus of the Bible story, it awaited the Master’s touch and my beloved and illustrious cousin the late D N Sirur – hallowed be his memory – performed the miracle. I now shudder to think of the then condition of the Mill, its building and machinery, the slender resources and the unenviable heritage of credit and reputation that the mill had acquired." 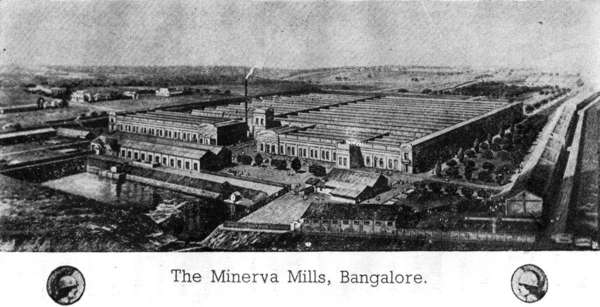 The successful working of a cotton mill requires sufficient working capital especially in the purchase of raw material. D N Sirur’s father, Narayan, by this time had a thriving cotton trading business and was regarded as a merchant of high standing in Hubli. Although he was originally against his son’s shouldering the responsibilities of working an old Mill, he was later willing to assist him in this venture, albeit at an arm’s length. Narayan, on his own account would purchase cotton, send it to Bangalore and draw on the Head Office in Bombay for the value, once in three months. That meant that in three months, the cotton should reach Bangalore, be converted to yarn and sold before the bills became due. Through the dint of sheer hard work, perseverance and tenacity, the Mill slowly turned the corner. Mysore Mills declared its first dividend in 1913 and thereafter maintained an unbroken streak of paid dividends right upto 1960. 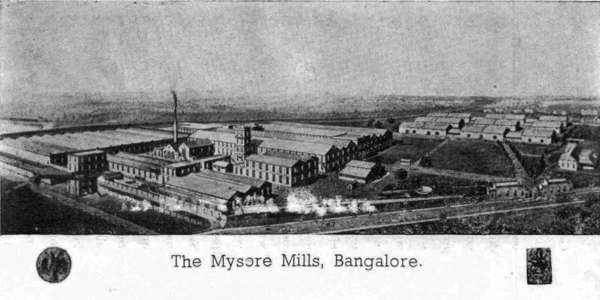 The First World War provided the opportunity that was badly needed. Production in the Lancashire cotton mills had slumped due to shortage of man-power and the mills in India eagerly filled the gap. Demand for yarn and cloth soared and profits increased. By the end of the war in 1918, Mysore Mills was in a financially sound condition. D N Sirur at the beginning had employed several Europeans as managers but in due course these positions were quickly filled by young men with a yen for learning and someone whom he could depend on. In a few years one could say that Mysore Mills had become the bastion of Saraswat employment.

In the words of Frank Conlon in his book, ‘A Caste In A Changing World’: "In 1904, Dattatraya N Sirur took over the managing agency of Mysore Spinning Mills. Almost immediately the Saraswat population grew, for the mill’s clerical offices soon filled with Bhanap ‘quill-drivers’. This altered the pattern of Saraswat residence in Bangalore. While the (Saraswat) government servants had lived throughout the city and adjoining cantonment, the mill employees clustered in the vicinity of their jobs in Malleshwaram. That neighbourhood became the site for the social club, now called the Canara Union. It was built in 1919 with the assistance of D N Sirur."

Instead of resting on his laurels he started on a new venture, Minerva Mills for which the Maharajah of Mysore provided the land just up the road from Mysore Mills. His financial acumen and unquestionable integrity had gained him many investors both in the financial circles of Bombay and among the Chitrapur Saraswat community as a whole. The rest of the world was reeling under the effects of the worldwide depression but the project went on as scheduled and production started on time.

Since this enterprise started from the scratch, the planning was immaculate. Raw cotton and other production material entered the premises from a special railway siding, went through the manufacturing process and finished cloth emerged from the other side. One wonders at this foresight and planning at a time when the science of Industrial Engineering was very much in a nascent stage.

By 1930, Minerva Mills had declared a dividend. More was to come when he acquired an ailing mill in Parel, Bombay from the Birlas and another one in Mahalaxmi from the Petit family which he amalgamated into Modern Mills.

By this time, the hard work and toil had taken its toll and his health began to deteriorate. He passed away suddenly from a heart attack on Mahashivaratri Day, 11th March, 1937, leaving behind a stunned family, a saddened community and many others who depended upon him for him for his livelihood.⊕

About Hemant Sirur 1 Article
The author has not yet added any personal or biographical info to her or his author profile.