■ The government should put an end to all forms of mining. We should protect these resour

ces and not make profit by selling them.
■ All government primary schools must be developed into efficient centres of learning where every kid can go. If possible all the children in the neighbourhood must be encouraged to go to these government schools.
■ The government institutions must work with undeterred commitment towards education and health. These two things matter the most to the poor and underprivileged.
■ There should be no room for any form of corruption. The State government should not mirror the situation of the government at the Centre. Scams like the 2G or Coalgate at the Centre have aroused because of various parties having to work with each other. But here we have just one party and hence we should strive for a corruption-free government.

■ The government must devise a holistic solution to traffic and garbage management.
■ It must encourage citizen involvement and active engagement of citizen groups. It should consult them before implementing any developmental schemes.

■ The government should be in constant touch with the citizens. There should

be continuous conversation with the citizenry before the government plans any developmental schemes.
■ The government should keep in mind that the citizenry does not refer to just one section of people like industrialists or the corporates. They need to learn from history and work towards the ‘process’ of development by talking to and engaging with a wide cross-section of people.

■ The government should first cater to the basic needs of the people which include food, housing, healthcare, sanitation, water, social security, etc. All this should be met using the government’s money and not the money given by corporates.

■ A law should be passed to keep a part of the money in reserve in the budget. Not a scheme but a law that allows this measure legally.
■ There should be a grievance redressal cell, that is outside the government  and if any of the basic needs are not met then the cell officer can penalize the politicians.
■ Instead of taking up the widening of the roads as a solution to the traffic menace, introduce congestion tax and parking fields or think about running commuter rails on existing tracks.

■ The government must be democratic and should not support ‘meaningless’ corporatisation as endorsed by a Kiran Mazumdar Shaw, a Narayan Murthy or a Mohandas Pai. The notion of urban-centric life must be destroyed.
■ It should show glimpses of the Nehruvian vision by focusing on basic production. An administration without the production of basic needs is not worth much. And basic needs here refer to food, power, healthcare- not just the construction of highways and buildings.
■ It should turn its attention towards improving the standards of primary level education and should revise the education policies taken up by the previous government, as well as a few of its own party members.
■ The State cannot and should not become an extension of the High Command. Hence autonomy of the state is pivotal. Karnataka should be able to decide what is good for itself. It should neither blindly execute the plans laid down at the Centre by the likes of the Prime Minister, the Finance Minister or the Deputy Chairman of the Planning Commission nor should it listen to the corporate ‘bosses’.
■ A Congress government should be an alternative not to the BJP but to the politics in its own party. 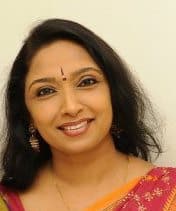 ■ Karnataka needs a steady, secular government – not a communal government that instigates its citizens. Communal harmony must be maintained.
■ Corruption must be curbed.
■ Plans must be drawn to improve Bangalore’s infrastructure. Methods must be devised to manage and control Bangalore’s traffic menace.
■ The government should make rain water harvesting mandatory while constructing houses and buildings.
■ More parks must be built to save the greenery and lakes; other water bodies must be revived and protected. 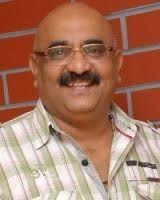 ■ The government should get the infrastructure in place in terms of the roads, electricity and water. All the three create huge problems in the city. We might run out of clean drinking water in the near future and hence immediate measures must be taken to avoid this.
■ The state of the roads is bad with no proper asphalting; the traffic is also going overboard. So the government should implement a more efficient traffic management system.
■ Due attention should be given to farmers and their livelihoods. Being a farmer myself, I know how bad their financial state can get. The amount I get for the produce I generate is just about 1/10th of the amount for which it is sold in the market. The farmers should get the right price so they can survive and continue farming.
■ The government should encourage people to take up farming. If the people from the rural areas keep migrating to the cities owing to the abysmal state of farming then the agricultural produce will reduce drastically in the next few years. The government should therefore bring about policies for agriculturalists, bring them into force and see to it that the farmers get all the advantages of it.

■ Mining, which also includes granite quarrying in the Western Ghats and the plains, should stop.
■ Common schooling must be given to all children and education in the Kannada medium must be prioritised.
■ Industries should be decentralised and not just clustered around cities like Bangalore, Mangalore and Hubli.
■ A law should be passed that mandates the graduates of all medical schools to intern at a rural area for a minimum of two years with a reasonable stipend.
■ The BJP rule has seen the saffronisation of a lot of government institutions, including artistic institutions. This should be undone.
■ Land grabbing should be curbed.
■ Massive drives must be undertaken to clean, revive and preserve lakes and rivers in the State including those in and around Bangalore.
■ The government of Karnataka must serve the land and the people of Karnataka and not the interests of either the Gandhi family or the Wall Street.

■ Strict implementation of Sakal
■ Strict action against sexual atrocities on women
■ Safety measures for senior citizen
■ Replacement of dilapidated buses from City Market, Bangalore to rural and distant areas with good decent buses. Instead of Volvos, more other buses to be purchased.
■ Reforming education system, where the over-emphasis on examinations and marks are replaced by teaching life skills.
■ Pollution prevention and rejuvenation of lakes, evicting encroachers, strict punishment for flat owners and industries allowing effluence into lakes and rivers.

■ Garbage in Bangalore is reaching unmanageable limits. The government must
devise a proper plan for this.
■ The poor and deprived should be given ration cards;  these cards are very important for them.
■ The basic amenities such as food, water, electricity must be looked after and care should be taken to provide for people across all areas.

king water resources.
■ The erratic garbage disposal is another looming problem. Appropriate measures must be taken towards garbage disposal and its management.
■ The ever-growing Bangalore traffic must also be the government’s concern. Adequate planning is required in this regard.
■ The government must aim to make Bangalore a pollution-free city. All kinds of pollution – water, air, soil, noise – should be dealt with for the city to project a ‘clean city’ image.
■ Influx of people from outside cities must be stopped. This city is growing too fast for its own good. If it exceeds a certain limit then the supply of electricity, water and other basic amenities will become very difficult. Hence the government must put a boundary to the city.

■ Every government that comes to power always has the development of Urban Bangalore foremost on its agenda. They all forget rural Karnataka. This bias in favour of the city must be done away with.
■ Equal distribution and supply of water is another problem. People raise a huge hue and cry if they are deprived of Cauvery water. But in almost seven districts of Karnataka, there is no rainfall and adequate water supply. Permanent solutions to this problem should be devised by the government to safeguard the livelihoods of people, agriculturists in specific.
■ The Bangalore city should be stopped from developing any further. The body of the Bangalore Development Authority (BDA) must be abolished. It should be replaced by the Bangalore Maintenance Authority (BMA). This city has seen enough development. It’s time now to maintain what we have developed.
■ It goes without saying that we expect a completely corruption-free governance from the Congress. In addition to that, a special court needs to be set up to try those who have been accused of exploitation of natural resources and irregular and illegal dealing in the real estate.
■ While the Congress in the Centre has become a capitalist government, Siddaramaiah here is a eftist-socialist man. He should let his real ideologies come to the fore and work accordingly. 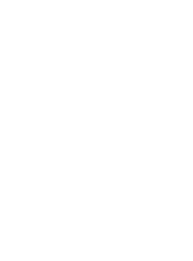 ■ The previous government in power closed down about 6,000 primary schools and they made place for private investors. This should be undone and all the schools should be reopened with immediate effect.
■ The government should look into schools that lack proper infrastructure, work towards their improvement and bring about an extensive scheme to mandate the provision of basic needs in all primary schools in Karnataka. The courts had already brought these two issues to the notice of the last government but no action was taken. Hopefully this government will do something towards this effect.
■ Language-wise ours is a rich culture. However, even here we have been raised under a misconception that English is the language that helps us acquire jobs. We have to rid ourselves of this notion and develop a sense of respect as well as a sense of inevitability towards our mother tongue. The government has to make the learning of Kannada  compulsory from class I to X.
■ A language continues to survive when its usage increases day by day. The government should make Kannada its official administrative language..
■ A major way in which to bring about widespread use of Kannada is to also enforce its use in computers. Whatever technology is required has to be devised as quickly as possible to save the language from perishing and the government must involve itself completely in this regard.

Who should protect Bangalore’s lakes from being encroached? The epic question doesn’t have an answer yet.

The National Green Tribunal dismissed the contempt of court case filed by NGOs after Mantri Developers counsels apologised in the court.