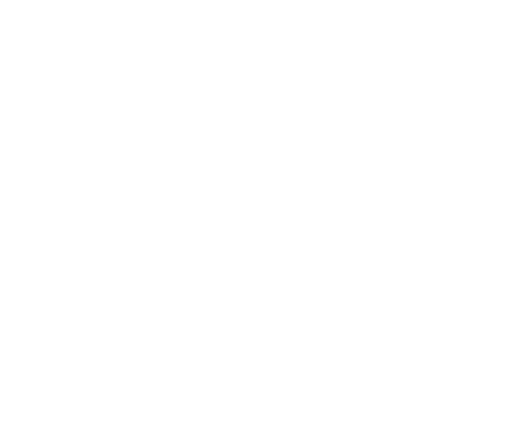 The constituency comprises seven wards – Jogupalya, Shantala Nagar, Domlur, Agaram, Vannarpet, Nilasandra and Shanthi Nagar. In these wards, four have Congress corporators and two have BJP ones. The voter base is around 1.79 lakhs now, which is a slight decrease from the 1.83 lakh voters in 2008. Voter turnout has been quite low in this constituency – in the 2008 elections, only 44% of electors had voted.

Being an old area of the city, Shanthinagar has issues like damaged and overflowing sewage lines, lack of street lights etc. In areas like Jogupalya, drinking water is polluted because of clogged and dirty stormwater drains, and damaged sewage lines. Water shortage, stray dogs and uncleared garbage in public places is common. In areas like Amarjyothi Layout in Domlur and Akkithimmanahalli in Shanthinagar, there are no proper roads or drains. Even main roads, such as the one from Trinity Circle to Hosmat Junction, has lot of potholes.

In many areas, work on drains and sewage lines have been going on for long without completion, causing inconvenience. For instance, drainage work on the road between Challagatta (near Murugeshpalya) to Koramangala Intermediate Ring Road has been going on for couple of years, and part of the drain has been left open.

In Shanthinagar area, secondary drains are narrow towards the direction of Koramangala valley. Because of this, water does not move towards the valley, and even small rains cause flooding. Tertiary drains are being remodelled in the ward now, but there is no facility for water to percolate; water does not move forth and join bigger drains either. This causes water stagnation and mosquito menace. Residents say that, because of complete cementing of the drains and footpath, no trees can be planted here later. Even in many footpaths where trees exist, pavement is cemented completely up till the roots of trees, choking them.

Recently, about 1000 families were forcefully evicted from the 15-acre Ejipura EWS (Economically Weaker Section) quarters land, to build a mall and a new quarters there. Many families managed to get cheap accommodation elsewhere a few days after the demolition. But there are many who continue to stay in the footpath in front of the quarters land, as they could not afford new houses. Karnataka Slum Development Board (KSDB) has assured them of new houses within the next 1.5 years only.

At the same time, a 72-acre SEZ named Manipal ETA Infotech, is coming up in the residential area of Agaram village. Government had acquired 63 acres of land and given for this SEZ, at very low rates. The SEZ is a joint venture by Mantri Developers and Century Group. This project has massive water requirement, but its construction started without an NOC (No Objection Certificate) from BWSSB.

It is not clear where the SEZ will get water from, and residents nearby are worried that BWSSB will be forced to give them water later, leading to depletion in the water share of residential areas nearby. Unauthorised borewell digging by the developers could also lead to depletion of water table in nearby areas.

There are not enough anganwadis in Shanthinagar ward, because of which many children do not get enough nutrition. In a recent government programme to identify malnutrition, many children here were found to be affected.

Kathyayini Chamaraj of the Shanthinagar Residents Welfare Association says, "Parents can take children to designated ‘nutrition rehabilitation centres’ for a 15-day programme. But they have not been made aware that government will pay them full wages for those 15 days. Hence many parents have not taken children to the centres." There are not enough gynaecologists in government maternity homes either, as one doctor attends to 6-7 maternity homes overall.

Government schools here are poorly maintained; garbage is dumped within the compounds of the schools. "The Government Tamil School here has leaking roofs. No scholarships have been given to government school children over the last year. MLA Haris gives scholarships from his own Foundation to children from private schools who may not really need it," says Kathyayini.

N A Haris, the Congress MLA here, is the Managing Director of Nalapad Group of Companies. This group has hotel, construction, healthcare, mines and minerals, and other businesses. In 2011-12, he had filed Income Tax returns of around Rs 50 crore. Haris has mentioned assets of Rs 113.7 crore in his affidavit. In 2008, his total assets was Rs 85 crore. He had become an MLA for the first time in 2008.

Haris has been criticised for his active role in getting people evicted from the Ejipura EWS quarters. Some residents in the quarters have also filed FIRs saying that goons had assaulted them, asking them to move out. They claim that the accused were acting on behalf of Haris. Evicted residents, along with activists, have held protests and even asked the Congress leadership to not field Haris from Shanthinagar this election. Haris, while accepting that he was involved in the eviction, says that this will only benefit residents, as they will get new houses later.

There are eight independent candidates contesting too.

If there is no ban, how to deal with the plastic?

There are no takers for low grade plastic, which is why the government has decided to ban it. There are ways to reuse the plastic waste, but they have not been found viable so far.

Trees to be felled on Chord Road: Avoidable, needless

With little more planning and strict enforcement of rules, it is possible to fix traffic problems. Why an underpass or an over-bridge at the cost of trees?