Well-spoken, well-read and with previous experience in pushing issues related open governance, solid-waste management and work with the urban poor, Sridhar Pabbisetty,34 from the Loksatta party presents a welcome picture to even the most cynical, and especially to the young and urbane. His knowledge of the history of Hebbal, his keen awareness of its problems stand out, but it’s the solutions that he propagates, knowledge of policy, willingness to experiment with technology and commitment to transparency and public participation that really impresses.

It remains to be seen what kind of steps will be taken to address the tougher issues of development, especially in a place like Hebbal, where he will be up against the builder mafia and a slew of government projects. However, considering strong citizen movements in the area, it looks they will hold him to promises and zeal.

Pabbisetty is a BE Computer Science from MSRIT. He also has a PGSEM from IIM(B) and an MBA from Stockholm School of Economics. He volunteered with Karnataka Election Watch, during the 2009 parliamentary elections. He is also a keen cyclist and has organised the Tour of Nilgiris, a premier cycling event.

The former COO, Center for Public Policy, IIM-Bangalore, and tech professional has declared a total assets of 1.3 cr and a combined annual family income is 12 lakhs.

The beauty of Hebbal is that it was a small village town earlier and it got merged into Bangalore. And if you look at urban development the world over, this is a very tough problem. For example, as a village, you have different kinds of land-use regulations in place: the road sizes are different etc. And as the urban centers usurp land in that place, you get into conflicts. Urban centres need wider roads, streamlined access- and that’s a challenge that we have to solve and a problem that is seen the world over in different countries- as to how do we not take away the rights of the original settlers and at the same time, how do we ensure that the city progresses in the right direction? That is the fundamental challenge. And what are the byproducts of this challenge? The byproducts are that water-lanes are somewhere good and somewhere bad. Secondly, the power distribution lines are somewhere uneven. Thirdly the road network is congested. For instance, if you notice D Rajagopal Road, the challenge is of an uneven sized road, a curvy road and on this, you put two buses that want to pass over each other and so you have congestion. Then we also have the ineffective implementation of the party policy and deviations from building plans. So these are all challenges that need to be systematically handled.

Water is a perennial problem in some packets of Hebbal. 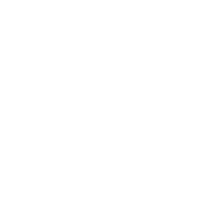 There are also issues of contamination..

Contamination has not yet become the major, in-your-face problem. Right now, the major in-your-face problem is shortage of water. Some families spend up to Rs. 3000 on water. This is extortionary by every means, because water bought from private water tankers is not their private property. It’s a public good. So if the government can look at mechanisms by which it can extract and redistribute this water, the problem would be better solved.

The long-term problem of this rampant deep drilling is that it will threaten the ecological balance. This water has accumulated over millions of years and we want to suck it dry in just a generation. Thousand feet is the level to which recent borewells have gone up to.

I have worked extensively on scientific decentralized solid waste management, I have also worked on issues of the urban poor. What are the challenges in them moving from an informal economy to a formal economy? I have worked on solutions wherein both 10,000 workers were able to get no-frills banking accounts. These are the kinds of policy interventions that I have been able to put into the system.

I have spent a decade in the IT sector. I also spent half a decade working on developmental issues. The single biggest motivation that I have seen is that making large-scale change is not just possible if you just operate as a small NGO or if you operate as somebody in the policy-advising capacity. You need to be in the assembly of the state or the parliament of the nation you want to bring in progressive laws.

I’ll tell you a very very important thing. The section 66A of the IT Act, nobody even debated the stupidity of the Act. The stupidity of the section is that if I were to print and distribute this leaflet (shows me election leaflet) and if I were to distribute it on Facebook, the way I would be penalized is entirely different. On the internet forum, it is draconian. This is the single-most stupidity in the way the government passes an Act. This is not the kind of governance the youth of the nation deserve, the future of the nation deserves. We are putting ourselves at peril by passing bad laws and implementing them in an even worse fashion. I think that’s where people like you and me, youngsters who look forward to a better India, not just for ourselves, but our brothers and sisters, that’s where have to get together and politics is definitely a key player in that equation.

Is there any motivation/ model figure to follow for you in politics?

Vishwesharaiah has been a guiding figure for me throughout my entire career, not just because I and he are engineers, but the purpose of engineering skills is something I first learned from him. When he first saw one of the biggest falls in India, in Karnataka, people were wondering what a beauty, Vishweshwariah said- what a waste. When I look at India around me today, I see enormous human capital, enormous human potential, but the waste that I see is that it is not channelized towards nation building, it is not channelized towards creating assets for greater growth and good of the country.

Where do you see yourself in next five years?

I see myself working on much more relevant, people-friendly governance. For me, my central focus is citizen-centric governance. Our constitution and our democracy fundamentally talks about democracy by the people and for the people. Now, where is the government for the people in India? That is the single biggest problem I would like to solve. Is it really for the people? Today’s citizens feel like subjects in the British Raj while trying to interact with the government in the ‘Ji Huzoori Saab’. Where is the self-respect of the citizen when he goes into a government office? And that’s the single largest change I would like to see and be part of in politics in the next 5 years.

I love mountaineering, I’m a man of the hills and I also do cycling.

The time has come where there are enough resources coming in from the State Government, they have to spent more efficiently, effectively and transparently, and I’ll ensure that.

I see citizens as partners in governance, not as subjects and I think that that is one single change I would like to bring in that would differentiate me from other candidates.

I will be extremely transparent and that every document that I sign will be put up for physical verification as well as online. Having fought for RTI and for open governance in India, this is something I would like to ensure.

I think that it is extremely unfortunate that the politicians see themselves as recipients of the largesse of the government. It is so zamindari-like that they can claim themselves to receive some kind of special treatment. I’m born and brought up in Bangalore and I think it is the essence of Bangaloreans to protect the commons, to look out for his/her brother and sister and not get so personal and say I’ll influence a minister and get a G-category site. It is so self-demeaning and self-disrespecting.

It’s a very tricky question. Where they [permissions/supply] don’t exist, I would love to see if they [developers, residents] have the ability to do this themselves. Scientific rainwater harvesting has shown that the city can generate 500 MLD of water. We should not be ideological about this, we should be scientific and experimental in our approach.

If you go meet Zen Rainman (S Vishwanath), he will show you how you can not only recycle your own water, but how you can grow paddy on your roof terrace. It is unfortunate that (that) is not scientifically examined, is not experimented and supported on that scale. Today, technology has reached that extent where you can have rooftop solar and generate enough power.

So you have to understand on what terms I will say yes and no. I will say yes and no on terms of whether it’s a self sustaining ecosystem. If you go to Navadarshanam on the outskirts of Bangalore, they are a self-sustaining ecosystem. I know a farmer who has a 2 acre farm in Doddaballapur- the only thing he buys from outside is salt. So either we should start working towards self-sustainability or be scientific about it.⊕

Residents surrounding a construction site at JP Nagar complain of loud screeching noise from electric metal cutters. They say that construction has been going on for more than four years.

250 apartments are getting built on land on Sarakki Road. How will a 30 feet road take the load?

Garbage project down the drain

It is disheartening to see a model eco-friendly waste management pilot project being nipped in the bud.