Prof B K Chandrashekhar, MLC and former IT minister, is Congress’s candidate for Basavangudi this election. Chandrashekhar, 76, is a retired IIMB professor, and has worked in other universities in India and abroad. He has a post graduation in law from Leeds University, and a doctorate from Oxford University. He is currently one of KPCC’s Vice-Presidents. He is also a former Chairman of the Legislative Council.

Though the KPCC VP, Chandrashekhar talks less on the party’s stand, and more on his personal views. He also positions himself rather as an exception within the party – as part of a minority that gets things done, while also defending Congress on some issues. In his interview with Citizen Matters, held at Chandrashekhar’s house, he gives his take on city issues. 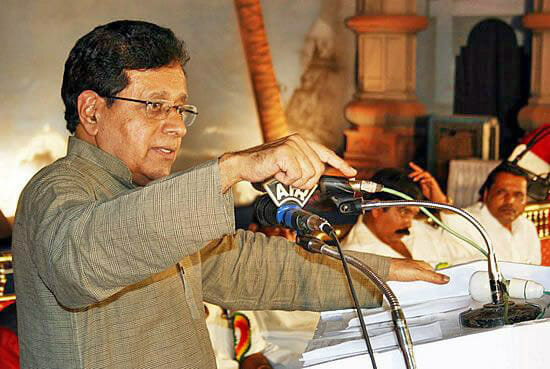 Excerpts from the interview:

Would you say that there hasn’t been much thought or discussion among the Congress leadership on Bangalore’s garbage issue? Congress manifesto does not say anything on how the garbage issue can be solved.

Congress MLAs and Congress corporators are quite well aware of the problem. But as an organisation, nobody really… The BBMP had not applied its nose to the grindstone. Because if it had, it would have mobilised MLAs and corporators. I would like Congress party to take the issue. I had pushed to organise protest movements. I talked to friends in CIVIC and other organisations, and came out with information on the Nagpur model of waste management. I organized a seminar in the legislators’ home and discussed the Nagpur approach. Almitra Patel spoke there on what they did and these are the things we should do.

I’m going to prepare a brief manifesto for Basavangudi, which will include solid waste management, how we should do it etc. I would certainly attach a great deal of importance to mobilising residents to segregate solid waste at home, involving them, training etc – half the job is done there. Wherever possible, there can be one processing unit in each ward to convert solid waste to fertilizer.

The BBMP has already tried this; they have these ideas. But it’s not working.

It’s working. Nothing works as well as it should be in this country. I think they have just one processing unit. But there are other less technology-oriented ones – there is one in Jayanagar in a park – it’s a citizens initiative. There are ways and ways of doing this. The very fact that you segregate is an advance over the existing situation. So persuade people to do that, help them do that.

Don’t impose ridiculous fines – you know, the kind of legal approach to compel people to segregate. They announced fine of Rs 100 or whatever, and people said, go to hell. Social engineering needs a fairly complex approach of which legal norms and mandatory guidelines can be one, just one. On its own it can’t achieve everything.

The BWSSB’s leakage problem has been there for a long time – 35% of water is lost only because of leakages.

I don’t think so. Who said this?

The BWSSB itself admits that – the total wastage is 45%, of which leaks is 35%

I refuse to believe this. Leakages can’t be 35% – that’s ridiculous. Not that we should close our eyes to any amount of water being wasted, but this is the wrong figure.

[BWSSB has revealed the 45% figure in public conferences.]

Regarding water shortage, the BJP has been promising alternatives like bringing water from Hemavathi river etc. Any promises from the Congress?

Nothing new can be said. Bringing water from Hemavathi, changing the course of the river from west to east, are all old things. When S M Krishna government was in power, changing the river course was discussed, but there were very different views from people – that it may affect the environment, might lead to earthquake etc. I think recharging is the most important thing and it has been given the least importance for a long, long time. If you don’t recharge water table, no matter where you bring water from, it will get finished. It should be done on a massive scale and it should become a people’s revolution.

This government had no time for this anyway, they were quarrelling like dogs. I had drafted and moved a private member’s bill in the legislative council 15-16 years ago, on introducing a bill to regulate groundwater exploitation. But they brought in some legislation only now – last year may be. It shows you that there is no appreciation of the dangers of this kind of thing. Every time there is a discussion in the legislature, they charge the government, whichever the government is, saying – ‘give us drinking water’. It becomes an emotive issue. 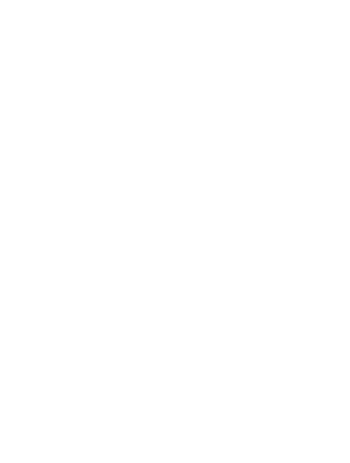 Legislators should work as a ginger group against the vested interests of builders, says Chandrashekar. Pic: facebook.com/ ProfessorBKC
bkc2

There is commercial and residential development in areas with no BWSSB/borewell water supply. Do you think development should be capped in such areas?

Yes, it’s a complex affair. What do you do with people who migrate to Bangalore – will you forcibly stop it? How will you track them? Why do they come here? Can you find substitutes for them from within Bangalore? All of these have to be studied.

But it would be difficult to prevent builders from constructing new buildings.

Yes, therefore I would like to see the emergence of a small – it’s going to be small – but powerful group of legislators who will act as a ginger group against the vested interests of private builders. Not all private builders are selfish, let’s not demonise them. But anyone who keeps building for the sake of his business without adequate concern for water supply should be stopped. We need a legislation, but on what basis, it is not possible to outline now.

There was a stupid rule in RMP-2015 that if a road is 50 feet or so you can develop it into commercial. Can you believe it? Sheer madness. Maybe that was drafted by some business interest.

Do you think that more needs to be done for citizen participation?

Very much more. Nothing is done. What has our friend in Metro – its MD, Sivasailam – done? He’s supposed to be one of the better civil servants. What has he or Metro done, to share all the information with the people? I can tell you, precious little. Very callous protection of information.

Metro is not their grandfather’s property – they have no business to suppress information. Even when well-qualified engineers and others from welfare associations ask for information under RTI, they are indifferent and arrogant and they delayed it for months and months and months, and they parted with what they thought was adequate. There was some administrative officer who was fined Rs 25,000 by an otherwise staid, powerless Information Commission in Karnataka.

"What has Metro or its MD done, to share all the information with the people? I can tell you, precious little. Very callous protection of information. Metro is not their grandfather’s property."

How can this change, and how can citizens participate better?

Citizens’ groups must apply pressure on the legislators. Our government certainly will (bring better participation). Someone like me will. I drafted the (state) RTI legislation, piloted it and got it passed when I was a minister. The state legislation was a radical one. Two years thereafter, the central legislation came. Things are not impossible – it is within the same lousy system that we did RTI, transparency of government procurement of goods etc.

Ward committees are there now in each ward, but they are not working that well.

Tough. Corporators are opposing it. They want their own chelas to be members of ward committees. But there are good corporators who have been genuine about it, who knew that their own authority will not be challenged by in fact a genuinely independent member of the ward committee. The government should give a deadline and say ‘better do that or we will move against you’.

You are talking more from the perspective of what you would do rather than what Congress party might do.

I would have done this, I would have compelled Congress to do this. Fortunately there are people like me in Congress. Not just me, there are others – Narendra Babu, may be Krishna Byre Gowda. You can’t find people like that in BJP.

But they would still be a minority?

Doesn’t matter. I was a minority in the cabinet but I got several things done. Reforms in primary education – I did on my own. So it’s not minority-majority thing. It’s the willingness and commitment to do things.

BJP manifesto has talked about the BMRGA (Bangalore Metropolitan Regional Governance Act) for introducing MPCs and greater decentralisation. But Congress has made no such commitment.

I’m sorry the manifesto doesn’t contain anything; I wish it had. And not merely a silly repetition that there should be a BMRGA. They should give a deadline – four months from the day we are elected, we will do that; they should have said that.

A recent CAG report talked about a lot of scams during S M Krishna and Dharam Singh governments’ time. BJP’s corruption is a major point in Congress campaign. What is your comment on this?

What is the point of going back now to say that these should not have been done? That’s not the issue – issue is that the next Congress government should give a commitment that they will implement the A T Ramaswamy report on encroachment of government land. Notification and denotification – their unlawfulness should be challenged. Congress should take an initiative and say all the denotifications done now – in the last three years or so, of scandalous proportions, will be notified again, and action will be taken against officials who were willing parties to denotification.

First of all, they should build good decent multi-storeyed flats in the slums by shifting them temporarily. This can be the most realistic solution because the land issue wouldn’t arise then. The flats should be good and livable, and you shouldn’t compromise things like water and sanitary connections etc. Forget about other land, government merely excuses people who build terrible structures which collapse. About industry – we should ensure no more influx into Bangalore.⊕

BBMP latest garbage contract is filled with loopholes, like earlier ones. Bengaluru’s waste management mess is likely to remain a nightmare.

City and state officials have been engaged in yet another effort to clean up the error and horror-ridden voter rolls in the state. What’s in store? How do you get on the elusive list?

Five meals at a time, here’s how you can feed someone in need

If every home in Bengaluru cooked an additional meal, would it ensure that the hungry don’t go to bed on an empty stomach? Here’s a community initiative that’s looking to do just that.