BTM Layout Assembly Constituency is home to some of the city’s coveted addresses as well as some its worst slums. The constituency has seen a sea change with the IT boom: apart from being home to many IT companies, it also connects Electronic City with the rest of Bangalore. If swanky malls and restaurants are one part of this story, choked roads and unplanned development are the other part. The constituency was one of the seven carved out the erstwhile Uttarahalli constituency before the 2008 assembly elections. Koramangala, BTM Layout, Adugodi, Madivala, Lakkasandara and Ejipura are some of the areas that come under this constituency. 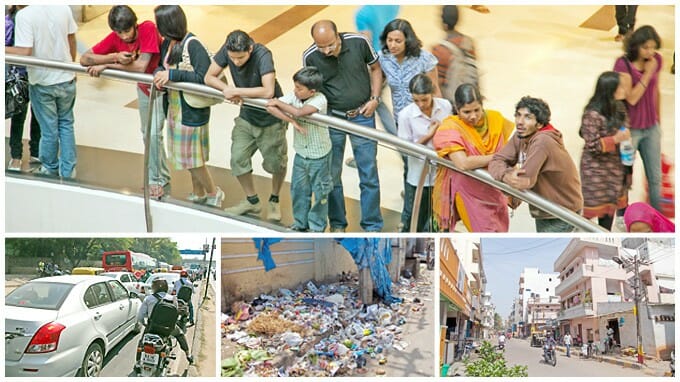 The incumbent and his promises

The incumbent MLA is the five-time Congress MLA, Ramalinga Reddy. Reddy who won four times contesting from the Jayanagar constituency shifted to BTM after the delimitation of constituencies. Reddy claims to have done his best under the prevailing circumstances. According to Reddy, there is little he can do about the narrow streets and clogged sanitary as most of the constituency comes under revenue pockets and has already been fully built up with little scope for developing parks or playgrounds. He claims that much more work could have been done if the BJP-controlled BBMP was not partial with releasing funds for works in the constituency. If elected, Reddy promises to find solution to the main problem of the constituency : traffic.

The assets and liabilities of the MLA

There is a sizeable Reddy community in the constituency with many of them having moved here from neighbouring Anekal and Hosur. So unsurprisingly there are three candidates from Reddy community in the fray this time. In the 2008 election, veteran congress leader Ramalinga Reddy defeated Prasad Reddy of the BJP, one of the richest candidate in fray that year, in a closely contested fight, by a narrow margin of around 1,800 votes.

This time, Ramalinga Reddy faces relatively newcomers, some of them contesting the polls for the first time. According to newspaper reports, there were no takers for the BJP ticket from BTM with N Sudhakar being picked as the last minute choice to contest the election. The JD(S) is also fielding a first-time candidate in 36-year-old Ramesh Reddy while software engineer Ravi Krishna Reddy is contesting on a Lok Satta ticket.

Caste-wise break up of voters

Since the constituency is surrounded by IT hubs like Electronic city and Sarjapur, it is home to some of the city’s worst traffic problems. Sarjapur road, the ring road connecting Jayadeva junction to Silk board as well as the road connecting Dairy Circle to Silk Board are all jam-packed especially during peak hours. According Ramalinga Reddy, plans to alleviate the problem have been approved and will soon be put in place. Lok Satta Party’s Ravi Krishna Reddy says that the area needs public parking lots where people can park and take public transport to their respective offices. 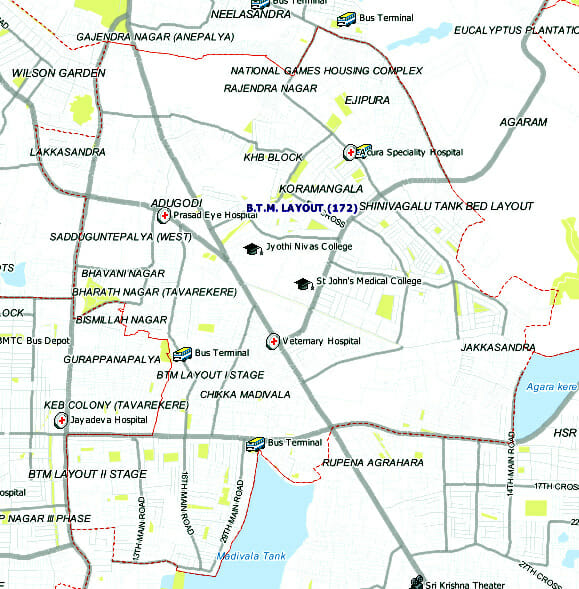 Pending roadworks have been causing nuisance to the people in Adugodi area. In June 2011, the BDA had started work on four signal-free corridor projects along Sarjapur Road – one at Jakkasandra junction, second at Koramangala 80 feet road junction, third at Krupanidhi College junction and the fourth at St John’s Hospital junction. The works went on, even as citizens protested saying that the project was poorly planned and that it would only shift the traffic from other areas to Koramangala. MLA Ramalinga Reddy had been supportive of the project.

Finally, residents in the area filed a PIL; the court ordered the government to form a committee to review the project. This committee recommended the government to stop the project, but by then, many trees had been chopped on this stretch and large parts of the road were dug up at St John’s and Koramangala 80 feet road junctions. The road has been in poor condition over the last two years, but now the government has floated short-term tenders to repair the road.

Apart from Koramangala and a part of BTM parts of the constituency come under revenue pockets which have been developed by private developers in a haphazard fashion. To meet the rising demand for housing in the area, numerous multi-storeyed buildings have come up even on small sites in these layouts. The layouts have narrow streets, some of them have water shortage while others have choked up old sanitary lines.

The constituency has a few playgrounds, parks, libraries and no public auditoriums or government colleges. According to residents in Madivala, water supply is highly irregular and sanitary lines usually get clogged. Areas in Jakkasandra ward have irregular supply of Cauvery water, while residents in BTM Layout complain about stray dog menace, traffic noise and irregular garbage clearance. Residents of Lakkasandra also complain about irregular water supply, garbage clearance and drainage, while residents of Koramangala ward complain about uncleaned roads and non working street lamps. Increasing number of slums as a byproduct of development in this area is only the addition to the problem.

This time, the constituency has 2,07,016 registered voters, according to the Election Commission.⊕

What did Jaraganahalli ward get in last five years? How much money was spent? What are the complaints of the residents?

An eye-opener for the dejected youth

A young Bangalorean learns how to produce political action at a workshop that covers voting patterns to campaigning and political marketing.