It’s twilight, and as you walk, you suddenly see a flapping movement in the air. It’s too late for it to be a bird;  and you suddenly think of a bat. Most of us then repress a shudder, or even squeak in fear… we grow up not liking the idea of bats, and popular films reinforce that idea, associating bats with horror stories. But do take a minute and see the wonderful mammal that the bat is! 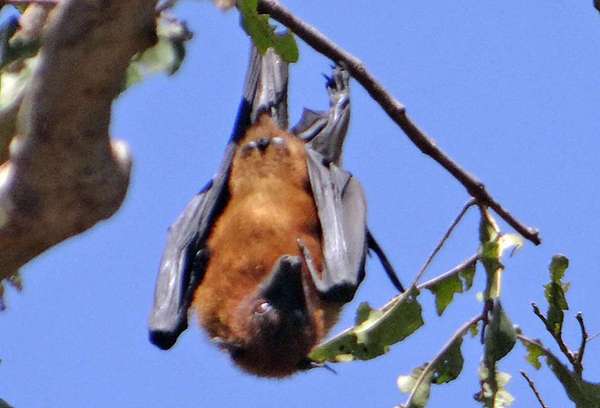 Bats are the only mammals naturally capable of true and sustained flight; others, such as “flying” squirrels, only glide from one place to another. Flight has enabled bats to become one of the most widely distributed groups of mammals. Apart from the Arctic, the Antarctic and a few isolated oceanic islands, bats exist all over the world.

Bats play an important role in eating insect pests, reducing the need for pesticides. Bats eat fruit, nectar, or pollen, while most smaller bats eat insects; others may feed on the blood of animals, small mammals, fish, frogs, fruit, pollen, or nectar. Not all bats are ‘blind’; large bats often have good eyesight.

But bats that don’t have good eyesight, depend on ‘echolocation’ or sonar. Ultrasonic sounds are emitted specifically to produce echoes. By comparing the outgoing pulse with the returning echoes, the bat can produce detailed images of its surroundings. This allows it to detect, localise and even classify the prey in complete darkness.

The larger bats are called ‘fruit bats’ or ‘flying foxes’ (as you can see from my photograph, which was taken on the Bangalore-Mysore highway at Bidadi), they do look like small foxes. Some small bats are called ‘pipistrelles.’

So the next time you see a bat, don’t shrink in fear or disgust, but think of how it helps us by reducing the insect and pest population, and reduses the need for pesticides.⊕

Once upon a flame

The Flame of the Forest trees are at their spectacular best now, can you spot the birds that are attracted to its flowers!

Much has been forgotten about Bengaluru’s historic connection with the flower trade that sustains farmers from various parts of southern India.