Urban development minister in Bangarappa’s cabinet, K J George is a veteran Congressman in the state. He has managed to retain his MLA seat so far, despite the controversies regarding him getting a G-category site allotted and getting land from Vyaalikaval Housing Society. Here are the excerpts of the interview.

We have done a lot of things in last five years. Drinking water problem was there. We have put a lot of borewells and drinking water schemes. I also put five water tanks. Now fortunately Cauvery stage-IV phase-II has started and we are getting water to our constituency. There were some problems, because of the old pipes. Wherever breakdown is happening we are repairing and taking action.

What are the projects you executed as MLA? Can you give us some details of significant achievements in your tenure?

There is one project which I am very proud of. In Kammanahalli, there was a BDA land in Baitaguntapalya. It was like a garbage dump. Now with the help of the BDA, it has been converted into a nice park and playground. 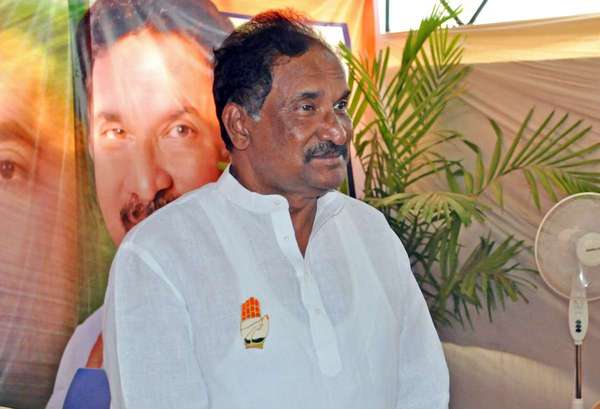 How much funds have you brought into your constituency, what has it been used for?

I went to government schools. There are about 28 govt schools, but there were no basic amenities like benches and chairs. We have provided all amenities for these schools. We have also built anganwadis. We have built storm-water drains. Fortunately, now these complaints are not there.

What are the key problems / challenges you faced as an MLA?

Key problem is water supply. Second problem was garbage. Unfortunately the government and the corporation have not taken enough steps to call for a new tender and appoint a new contractor. Old contractors are continuing. They are not taking much interest in cleaning of the areas. Later they called for a tender and they appointed eight contractors per ward. Four contractors have joined. They are doing the work. Unfortunately the other four – one Mr Shastri got the contract. He hasn’t come and started the work. I have spoken to the Commissioner. He said he will go for retender. This is the main problem as far as garbage is concerned.

The garbage mess is not because of segregation only. The old contractors were continued, on ad-hoc basis. They never invested in any new vehicles, thinking their contract will be terminated any time. Uncertainty made them not to work. Second is areas where we are disposing garbage. We have to identify a minimum of 500 acres. There we should segregate. Instead they dumped near villages. When we give thousands of acres for industry, why can’t we give a little for this?

Is there anything that you regret that should not have happened, or you should have done but not able to do as MLA?

As an MLA I have done a lot of work with the support of our party workers, NGOs and resident welfare associations, officers, engineers. I am not satisfied with what I have done. Many more things have to be done. As an Opposition MLA, I could do so much.

Three reasons why the people of your constituency should vote for you again.

I cannot give the reasons. I have to solve some more problems. I need little more time so that I can make this a model constituency. It is my appeal. It is left to the voters of my constituency to decide. It’s a democracy.

What is your budget for the campaign?

I am not a believer of spending money and getting votes. I work in the constituency. I have come to do service. I am glad that in all my political experience, my voters are not corrupt. I have not given any money. They voluntarily voted.

The BJP candidate contesting from here was with the JD(S). He is also the Corporator of one of the wards here. What is your comment about changing parties like this?

Do you think there will be a division of votes here? This constituency has a large minority vote bank.

Will there come a time when caste does not play a role in politics?

I don’t think caste plays a role. When you are an unknown candidate then caste problem is there. Serve the people. Caste does not matter. Younger generation does not worry about caste or creed.

Given the water problem here and the ban on drilling borewells, what is the solution?

This is all demand and supply. No one can help us. City is growing very fast. We have to plan for the future. We have to think of recycling water and rainwater harvesting. In a country like Israel, with minimum rainfall, they have been able to change from a desert to greenery. We have enough rain, we have to use it scientifically, and encourage our people to go for rainwater harvesting.⊕

“Career counseling and options: What can I do?”

A local panel discussion and info session on Career counseling and options, in JP Nagar, Saturday, 11th July. Specially for all parents and students!