Five-time MLA Ramalinga Reddy, now representing the BTM assembly was busy campaigning in Pothulappa Garden of Lakkasandra ward. Reddy visited an ailing supporter at his house after which he offered prayers to the local deity and then sat down for a chat with Citizen Matters during a campaign. As his supporters sang his praises in the background, Reddy talked about his constituency and his work in the last five years. 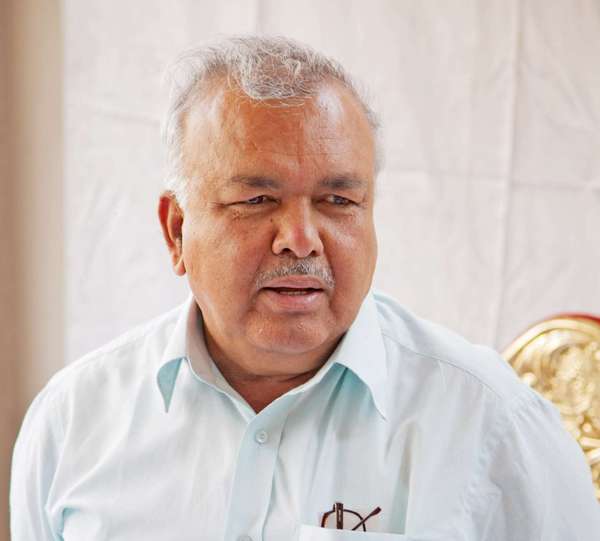 Here are the excerpts from the interview:

What are the main problems of the constituency?

What are your achievements as the MLA?

In some of the new areas added to the BBMP, the state of the roads was pretty bad.

I have ensured that most of the narrow roads are converted into concrete roads. Most of the areas had tube light for street lights they have all been converted to sodium vapor lamps. We got a BMTC bus station completed in Koramangala and there is a proposal for the construction of another in BTM Layout. Houses for the poor have also been constructed under JNNURM schemes in Rajendra Nagar and Bovi colony. Work has already started on the construction of a new library in BTM.

How much funds you were able to mobilise for development work in the constituency?

Apart from the LAD fund, the first two years we were able to get about Rs 80 to Rs 90 crores. But once the BJP got control of the BBMP the funds dried up. Whatever work has been done is of a quality. When estimates of the BBMP works worth Rs 3000 crores were cancelled only works in our constituency were found genuine.

Do you have any regrets or unfinished work in your constituency?

Most of the work is done but at some places the water supply problems have to be sorted out. We have tried our best and have carried on works to ease the problem but still more work needs to be done. Water here has no pressure because that was being given to 100 wards before is now being supplied to 198 wards. The sanitary lines in some areas also need to be changed to bigger diameter pipelines.

What have you done to address the traffic problem in the constituency?

Traffic is another main problem. I have sent proposals asking for flyovers and underpasses at important junctions. But there is a shortage of funds with the BBMP and they are yet to pay the contractors for the previous work. The BJP government was also partial in releasing funds for works in this constituency. If our party comes to power we will ensure all those works will be completed. Flyovers at Sarjapur road and Sony World junction have been included in this year’s budget. We are also looking at ways of solving the traffic problem at Udupi Garden junction as building a flyover there will move the congestion to the next signal.

What is your opinion on the policy of giving out G category sites?

It is a policy matter. I will go by whatever my party decides on the issue. But personally I’m not against it.

Why should people vote for you again?

People should vote for me because I’m easily accessible to them. I might not be able to get all the work done but I do whatever I can to solve their problems.

With that note, Reddy was done with the interview and got up to address his waiting supporters.⊕

If you want to vote in the Bengaluru municipality elections, do check your name on the voter roll. On the other hand, you might have erased someone else’s record on voter list, while modifying yours. Not your mistake, anyway!

Basavaraj Byrathi, who was elected from the Congress here in the 2018 assembly election, is returning as the BJP candidate. M Narayanaswamy, an MLC, is the Congress candidate