A massive Rs 2,300 crores industrial project is coming up in Agara, adjacent to Koramangala, along Sarjapura Road, the first of its kind here. But it might be coming at a cost to the people staying nearby.

The project, by Manipal ETA Infotech Pvt Ltd, is a township that includes an SEZ, retail outlets, hotels, office buildings, two residential apartments etc. The project is a joint venture between Century Real Estate and Mantri Builders – while Century is providing land, Mantri is taking care of the construction. A SEBI document of 2011 mentions Sushil Mantri as Chairman and Managing Director of the company. Manipal Education and Medical Group (MEMG) clarified to Citizen Matters that they are not involved with the project.

The project is spread over 72 acres, the area almost as large as the 98 acre Agara lake across the road; construction is going on now. 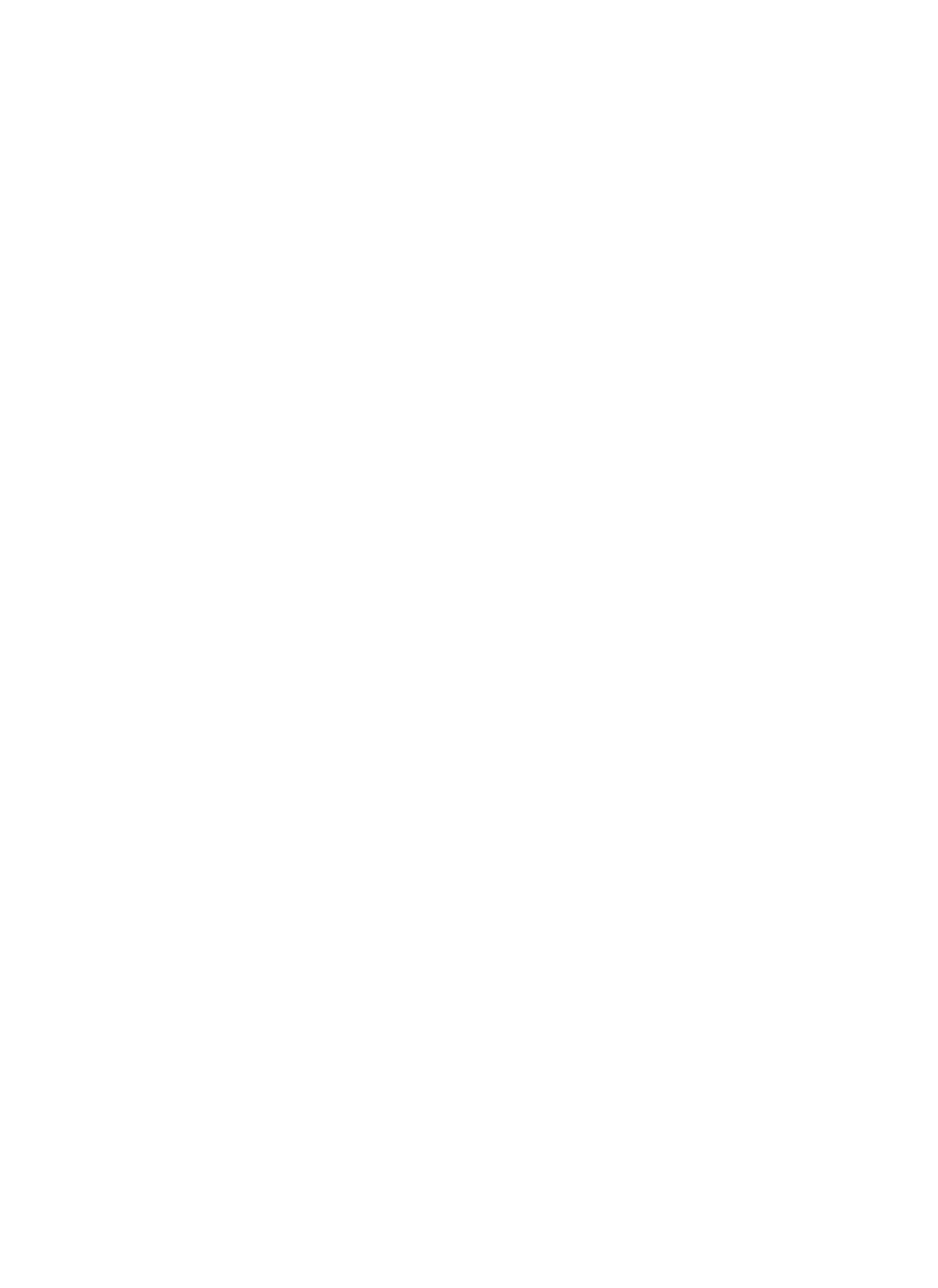 Map of the area from the masterplan. Click to enlarge

This water requirement is more than what BWSSB now supplies to the entire Agaram ward (that the land in question, is part of). BWSSB’s January data shows that 122 ML was supplied to 1730 connections in Agaram ward that month. Even Koramangala ward, which is largely residential, got only 197 ML for its nearly 5900 connections in January. There is no adequate supply in most areas, and residents heavily rely on tanker water.

Though all industrial projects are supposed to get a NOC (No Objection Certificate) from BWSSB, this project only has a partial NOC now. The NOC exists only for two residential blocks; there is none for the remaining areas.

Citizen Matters has found in its investigation that in project documents the developer has submitted to the state environmental authority for clearance, it has mentioned BWSSB as its only water source. On the other hand BWSSB Engineer-in-Chief Venkatraju confirmed to Suvarna News that the developer had applied for NOC only for the residential apartments, and that they didn’t know that the project includes an SEZ, a five-star hotel and more.

The BWSSB NOC. Click on image to view page.

The NOC is meant to confirm that BWSSB does have the capacity to supply water for projects. Without the NOC, projects are not supposed to get Environment Clearance (EC), and without EC, construction is not supposed to start.

But even without NOC for the entire project, the EC has been given to this project, and construction is going on here.

What exactly is the project?

The project, costing over Rs 2300 crores, will have total built-up area of about 14.5 million sq ft. There will be two residential apartments – one 15-storeyed and the other 11-storeyed. The SEZ will be 12-storeyed with three basements. Of the 72 acres of the township, the SEZ occupies 27 acres. This SEZ area alone is the same size as the entire RMZ Ecospace Business Park located along Outer Ring Road in Bellandur.

In addition to retail and office building, there is a five-star hotel and a two-star hotel. The project is proposed to have a co-generation power plant, and STPs (Sewage Treatment Plants). KIADB (Karnataka Industrial Areas Development Board) had acquired land for the project and approved the building plan. KIADB is a state agency to promote industries.

KIADB had allotted 63 of the total 72 acres of the project. For this allotment, the builder had to pay Rs 22 cr, which comes to Rs 80 per sq ft. Vasanth Kumar, former Special Deputy Commissioner at KIADB, says that the rate was lower because acquisition happened about a decade back when land prices were much lower. “Also, since this was agricultural land, the price would be in acres, not square feet,” he says. The current guidance value (nominal government rate) of land in this area is Rs 3000 – 3500 per sq ft.

Where will the water come from?

BWSSB gave an NOC only for the two residential apartments in the township, in May 2011, which have built-up area of about 1.8 lakh sq ft. Since the total built-up area for the project is 14.5 million sq ft, it is unclear where water for the remaining area will come from.

The NOC says that the water supply will not be guaranteed. However Koramangala residents are worried that BWSSB will end up giving water to the project ultimately. A resident says, on condition of anonymity, “Once the project comes up, BWSSB is mandated to supply water anyway, as water is essential, life-sustaining. The question is why KIADB should acquire land within the city, instead of in outskirts, as is usually done.”

Sarvamangala Koti, Senior Manager, PR at Mantri Builders, says that water requirement will be met through alternative sources like borewells and STPs.

Venkatraju, Engineer in Chief at BWSSB, clarifies that NOC is not an assurance that water will be supplied, and that supply will depend on availability. “The rule is that we should give minimal water in areas where we have existing pipelines. For new buildings, water requirement will be lesser as they will have STP, RWH (Rain Water Harvesting) etc. So we give minimal supply depending on available water.” He says that all NOC applications are usually approved, unless there is an error in documentation or unless STP/RWH has not been set up for the project.

In this case, it took a while before the builder could get Environmental Clearance – the issue of BWSSB NOC came up a few times. But finally, the EC was given in January 2012 by the SEIAA (State Environment Impact Assessment Authority). SEIAA is a state level body formed as per directions of central government’s Ministry of Environment and Forests.

Many times, the builder was asked to submit BWSSB NOC for the entire project area. The application for EC is first considered by the SEAC (State level Expert Appraisal Committee). SEAC will check the documents and recommend to SEIAA whether the project can be approved or not. Here, SEAC had first discussed the project in April 2011, where it asked for BWSSB NOC.

The next SEAC meeting was in July 2011. At this meeting, builder had submitted the partial NOC of BWSSB. SEAC responded that NOC was needed for the full area. It also said that the water requirement for landscaping alone was 0.9 MLD, which was quite high.

The issue again came up at SEAC’s next meeting in November 2011. According to minutes of this meeting, the builder said that the project was already cleared by the State Level Single Window Clearance Committee (SLSWCC) of the state government, and hence the NOC was not needed. After this, the SEAC recommended to SEIAA to clear the project.

These minutes, or the minutes of the SEIAA meeting later, do not clarify as to why the SLSWCC clearance alone is enough on the question of water. It does not mention any relevant parts of the SLSWCC clearance. SLSWCC/SHLCC (State High Level Clearance Committee) clearance is only a preliminary project clearance by the government, and builders should get NOCs from separate agencies anyway.

Dr H S Ramesh, who heads SEIAA, says that BWSSB NOC is mandatory for giving EC. Though he himself had given the EC in this case, he is not sure of the reason for this. He says that he will discuss issue in the next SEIAA meeting. The response of Dr S Ganjigatti, who heads SEAC, is similar. Ganjigatti also says that BWSSB NOC is required for clearance, and is not sure why the EC was given.

On the other hand, a member of the SEAC says, “BWSSB’s NOC is not an assurance of water. A builder will not construct a building without ensuring water supply anyway.” He did not comment further on whether SEAC’s recommendation was a violation of rules.

Even if the builder gets water from alternate sources like borewells or tankers, the question remains as to how sustainable this will be, with depleting ground water levels.

Right next to Manipal ETA project is another proposed project – a tech park by Coremind Software and Services Pvt Ltd, a subsidiary of Salarpuria group. Coremind had got some 17 acres, also through KIADB. Coremind did not submit BWSSB NOC and other documents, and hence has no EC. SEIAA had rejected the EC application of Coremind last November.

BWSSB officers confirmed that NOC applications of neither Manipal nor Coremind is being processed now. As per KIADB’s agreement with Coremind in March 2008, the project had to be completed in maximum of four years; if not, KIADB could take the land back. This period has lapsed, and there is no EC for the project yet. At the time of writing this article, KIADB was yet to confirm if the land has been taken back from Coremind.⊕

How is Cauvery water supply treated for contamination?

Drawing 1450 million liters of water per day from 150 kms and distributing it to households —how does that work out? How do Bengalureans get safe water?

BTM park split up for road