The Cauvery Stage IV Phase II project is on, which means Bangaloreans will get up to 500 million litres of water per day. The new project is set to benefit the residents of seven City Municipal Councils Yelahanka, Byatarayanapura, Bommanahalli, Mahadevpura, K.R. Puram, Rajarajeshwarinagar, Dasarahalli and one Town Municipal Council Kengeri. See the full details of who will get water here. There are 110 villages that will NOT benefit under this scheme. 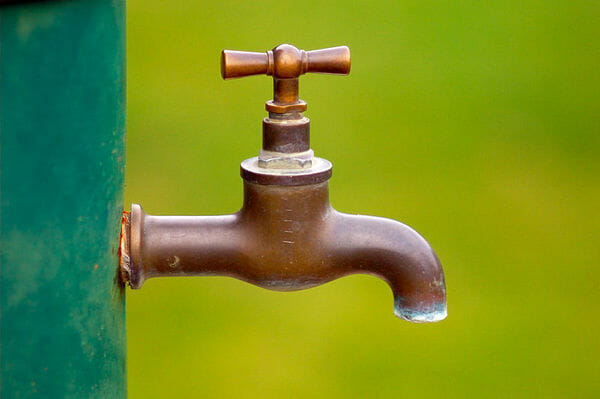 How much of water from the Cauvery Stage IV, Phase II is reaching citizens? Which areas are getting it? If your area is supposed to be covered and you are still not getting water, here’s why.

Click here: Why Cauvery Stage IV water has reached Bangalore, but not your home

“We have sold 1.04 lakh forms. Of this, around 51,600 people have submitted the forms. Among those who submitted forms, over 43,500 applications have been approved. The rest (8000-odd) are pending, as many applicants have not paid the full charges,” says T C Sarala Kumari, PRO at BWSSB. To avail of this new connection, BWSSB has launched a Sajala drive.

Citizen Matters spoke to Dr P.N Ravindra, Executive Engineer, BWSSB who told us to get a new connection, how much will it cost you and in how many days will the process take.

What do you need to submit?

You need the Sajala form. you can buy the form from the sub-division office in your area for Rs 100. These forms are available online too at http://bwssb.org/pdf/Application%20Form.pdf.

You need two copies of the following documents :

The submission needs to be certified by a BWSSB-approved plumber.

How much will it cost you?

Break up of total fees –

3. Beneficiary Capital Contribution: This is to be paid at any branch of Syndicate Bank within BBMP jurisdiction. The beneficiary capital contribution can also be paid in 24 equal installments, which will be added in your water bill.

Where to submit the forms?

Days required for water connection: Seven to 15 days (Inspection might cause delay)

Under the Karnataka Guarantee of Services to Citizens Act, 2011, the following Services and Deadlines in rendering the Service are covered by the Act.

You can Download the exclusive BWSSB Karnataka Citizens Services Act Manual here. [PDF] which shows the detailed timelines and deadlines for Designated and Competent Officers to discharge their duties towards Citizens.

Many people complain that they are being forced to pay bribes while applying for connections. Public give applications to a BWSSB-certified plumber (many of whom sit in the BWSSB offices), rather than directly to BWSSB. Most plumbers ask for extra amounts.

Sathya Prasad, a freelance journalist residing in Devasandra in KR Puram, says, “In our local BWSSB office, the plumber collected an extra Rs 500 only for accepting applications. This amount was mentioned nowhere in the application. I realised only later that it was a bribe.”

A BWSSB AEE clarifies that plumbers are not supposed to collect any additional amount for processing the applications. “They can collect labour charges though, at the time of laying pipes. Labour charge will vary from house to house depending on the condition of the site and road,” he says.

In Prasad’s case, more drama followed. For him, Rs 12,000 was the cost of connection – including pipe laying and meter fixing – to his single storey house in a 30X40 site. Prasad had submitted his application in September. “In October, BWSSB informed me that my application got misplaced. The plumber told me that the officers may need a bribe, but I did not pay. I had to visit BWSSB office many times, and finally in December, they said that they found the application, and approved it,” says Prasad.

Though Prasad and most of his neighbours have taken connections, there is no regular supply to their houses yet. BWSSB has only done a few trial runs in this area so far.⊕

About News Desk 1062 Articles
The News Desk at Citizen Matters puts out Press Releases, notifications and curated information useful to the urban reader.

B khata isn’t an assurance of regularising the irregularities

B khata in Bengaluru lets you pay property tax for the property that you claim to own. The legality of the property, however, depends on other factors.

From conditions laid down by Karnataka government on suburban rail to BWSSB’s water plans to businesses protesting BBMP’s encroachment drive, all news that matters to you, in one place.

What you can do to find a home for the homeless

If you find destitutes, mentally unwell people or children wandering on the streets, you need to take a few steps to ensure their safety.