The debate about including IT/ITES industry under the Industrial Employment (Standing Orders) Act has been going on for a while. Here is what IT employees think about their work conditions and about the IE Act. 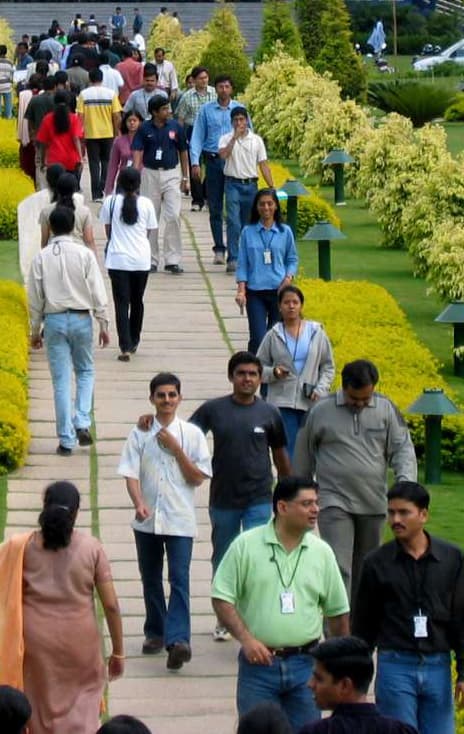 Most employees that Citizen Matters spoke to, opined that the Act will help employees. There was skepticism though, on a government department’s interference in the industry and on its ability to actually help employees.

Ravi (name changed), who used to work in Yahoo, the multinational internet corporation, says that he was terminated without notice, for complaining many times about favouritism and harassment in his team. He says he was not even given an experience letter.

"My HR officer forced me to sign a document of termination. When I asked the reason, he said that I don’t have the right to know," says Ravi. He has been writing to the company’s senior management since then, and asking for an experience letter, but there has been no response yet. However the company spokesperson declined to comment on this case, saying that Yahoo does not comment on internal matters, as per its policy.

See also: IT firms have to follow Standing Orders: Are they ready?

Megha (name changed) says that, in general, work conditions are good in her company. "On average, people work 5-6 hours overtime every week without extra pay, but no one complains, probably because salaries are high." She is unaware of whether Accenture even has a policy for overtime pay. "When I asked my manager once, he said that there was no budget for compensation," she explains.

Megha says that overtime is usually required because the company quotes very small amounts and short deadlines, so as to get a project from clients abroad. Both this budget and time is usually not sufficient, and employees end up working overtime. They are compensated only if the client themselves ask for a specific work to be done within a deadline, which happens rarely.

A member of ITEC (IT/ITES Employees Centre), an informal community of IT employees, says that conditions are worse in smaller companies. "Facilities are lesser, there may be no transport facility, pay is low, employees are made to work through the night sometimes. It is a myth that IT industry takes better care of its employees than others," he says.

Ravi opines that it is in the interest of companies too, to be fair. "A few malpractice cases can destroy the reputation of even a top company," he says.

Rakesh (name changed), another software professional, says that even if there are malpractices, it is difficult to complain to the senior management. "IT is a small industry, and senior managers keep shifting among a bunch of top companies and know each other. There is too much politics," he says, adding that he is being harassed ever since he pointed out the irregularities in procurement in his company. He says that two people, who were close to the senior management, were fired based on his complaint. "After this, I was threatened, rated an underperformer and put in a performance improvement plan." Being in the IT field for the last 15 years, Rakesh is not optimistic about finding another job. He is worried about negative feedback by his managers, when prospective employers do a background check.

"The Act will not make a difference overnight, but employees will have more voice. All procedures can be measured and documented."

ITEC has been holding workshops to generate awareness among IT employees on the Act; they also help employees to take complaints to the Labour Department. The ITEC member says, "The Act will not make a difference overnight, but employees will have more voice. All procedures can be measured and documented."

Though this is the case, not all have faith in the government machinery. Rakesh says that if he had a chance all over again, he would never complain about malpractices in his company. "It is good that the IE Act will set standards, but there is no protection for employees who speak out. If I go to court against an MNC, who will employ me? What is the assurance that Labour Department will take the right action?" He says that the Department itself may misuse its powers.

Labour Department’s answer to this, is that complaints can be settled without taking them to court. A senior department officer, says on condition of anonymity, "We talk to employees about their options. When we send notices to companies, over 90% of them usually reply." The reply is shared with the employee, a joint hearing is held, and a compromise is reached, he says. The Department also plans to hold more inspections in companies once the Act comes into effect.⊕

Bengaluru lakes once offered a buffet of greens and fish to those in the neighbourhood. The trees around lakes yielded fruits and seeds that could be either devoured or sold in the markets. But pollution and flawed rejuvenation projects have stopped local communities from accessing lakes.

Many legal hurdles to pass before Ejipura project becomes a reality

Why has the BBMP not given plan sanction to the entire Ejipura EWS quarters project? What are the issues with plan approval?