I know how March 8 is going to be for me.

I will be wished, my praises sung, my existence celebrated and my attention vied for. I will be wooed big-time by advertisers, offered discounts on jewellery, clothes. Why, someone will creatively offer 8% off on beer and champagne… There is no escaping March 8th these days if you are a woman.

But there is more to International Women’s Day than discount offers and "pampering the woman in you". The real reason why this day is historic, I will leave it to your online searching skills to discover – but the reason Iam here is to let you know about the coming of one super-hero: Bhanwari Devi, who will be in town to speak this Saturday, 5-7 pm, at the Alternative Law Forum, Bangalore. The one on Infantry Road opposite the wedding hall. 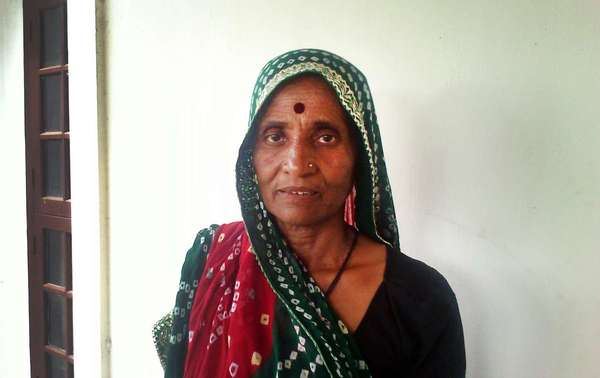 Bhanwari Devi comes to Bangalore to address a meeting at Infantry Road on March 9th, 2013. Vasanthi Hariprakash is asking Bangaloreans who care about women to be there. Pic: Lekha Adavi.

If it’s even possible today in our country to speak up against "sexual harassment at the workplace" and expect action against the people who do it, we owe it all to this woman.

To quote from an email from the Network of Women in Media, "Gang-raped in 1992; the attack on her and her husband was the result of a backlash against her campaign against child marriage in Rajasthan from the Gujjar community. At the time, Bhanwari Devi was employed as a saathin by the Rajasthan government as part of the Women’s Development Project. Her protracted legal battle attracted national and international attention and resulted in the historic Vishakha judgment, in which the Supreme Court used international principles to formulate guidelines to address sexual harassment at the workplace. In 1994, Bhanwari Devi was awarded the Neerja Bhanot Memorial Award for "her extraordinary courage, conviction and commitment".

The talk will focus specifically on her battle for justice in the courts. If I were you, I wouldn’t miss being there on Saturday if I can help it. For nothing can make this March 8th more meaningful than the chance to hear and see for myself one of the spunkiest icons of womanhood in our times.

About Vasanthi Hariprakash 1 Article
The author has not yet added any personal or biographical info to her or his author profile.

Voter turnout is based on the number of voters enrolled. When the quality and completeness of electoral roll itself is suspect, what does it mean? Part 1 of a series of articles on the status of electoral rolls and what we can do to improve it.

Here’s how a team of citizens went about clearing the storm water drain in their layout – a seemingly impossible work that only municipal administration is supposed to do.