The weather in Bengaluru has become rather unusual these past few days – with dark clouds smothering the sky, accompanied by short spells of rainfall across the city. And this after a streak of particularly hot days – which went as high as a daytime maximum of 33.2°C on March 3rd, coming back down to a daytime high of 27.1°C yesterday (6th) under the influence of clouds and spells of rain.

With all apparently unusual weather in the city comes the talk of climate change and how the climate of the city is becoming worse every year. While the city’s climate may indeed be changing, including under the influence of anthropogenic, global climate change, it is important to understand the nuances of Bangalore’s weather, climate and variability first.

Let’s start by asking simple questions in order to place the ongoing weather in the appropriate context. First, how often does it rain in Bangalore in February and March? Second, how much rainfall does the city get when it does rain? And third, what is the nature of this rainfall that the city receives? 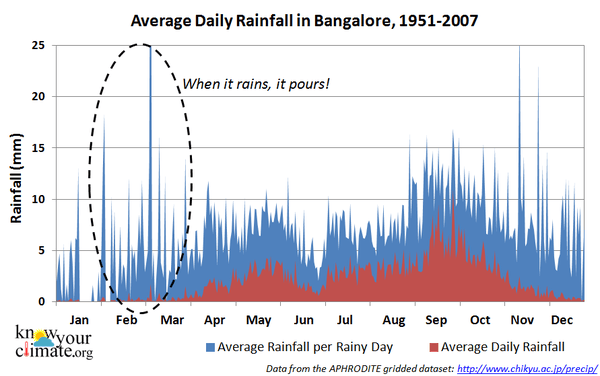 As expected, it rains rather rarely in February and March. On any given date in the two months, it has rained for less than 10% of the time in the last 50 odd years. Correspondingly, the average daily rainfall quantities during the period are quite low. However, what is particularly interesting is that if one takes a look at how much rainfall has occurred on any given date in Feb and March when it did rain, the number turns out to be quite high! The adage ‘When it rains, it pours!’ seems to be particularly apt for the months of February and March. 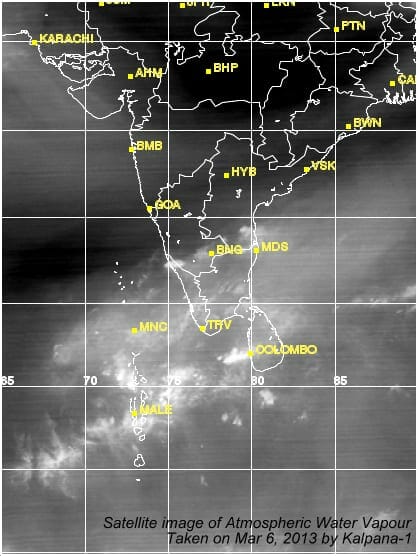 What kind of rain is this, which comes but rarely, but pours a lot when it does? The clue is in the similar pattern one can observe in the latter parts of November and December. It turns out that Bangalore gets its rare winter and pre-summer rainfall from oceanic depressions and cyclones. Rare but intense, the depressions get formed either on the Bay of Bengal or the Arabian Sea and wash over the coasts of Tamil Nadu and Kerala respectively, while Bangalore remains on the fringes of both. The case this year is no different: there is a large depression centered on the Maldives that is driving the weather in South India, with clouds over Bangalore but forming one edge of the system. 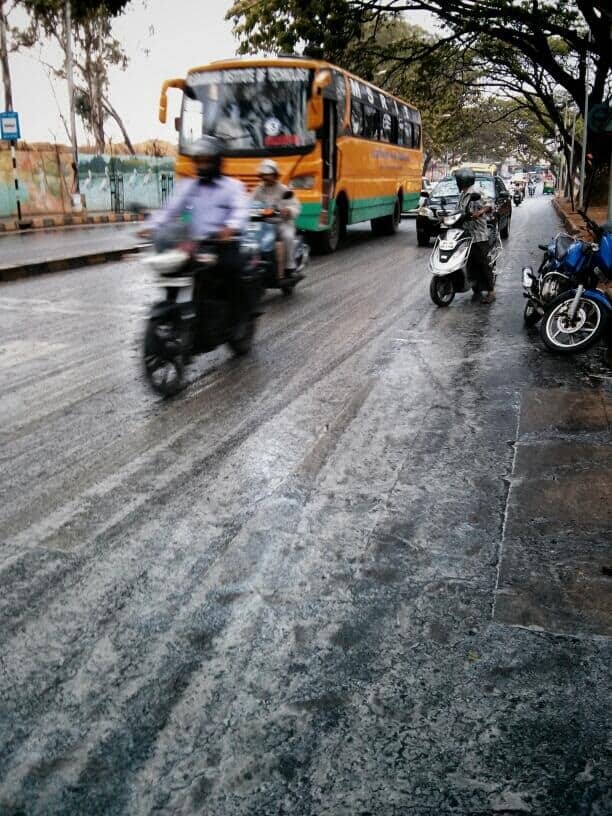 In all, Bangalore occasionally gets off-season rains from oceanic depressions in the months of February and March. While infrequent, they can contribute to significant rains in the city when they do appear. It is easy to claim that Bangalore’s summers are starting early and thus the summer rains are starting early as well, but the evidence for such a case remains weak. Now, will such oceanic depressions over the Indian Ocean become more frequent or more intense due the climate change? The most honest answer one can give today is ‘Maybe’.

Aside: Every year during the first few rains, a white foam or scum can be observed on the roads of the city. This is because the rain water mixes with a few months’ worth of oils, tar and rubber that have accumulated on the roads over the winter. It is possible that they make the roads more slippery than usual. They don’t appear after subsequent rains in the year.⊕

This humorous account of how the author came to the rescue of a young school-going lad, is truly a lesson in appreciating the little things in life.

The civic group Naavu Bharatiyaru has written to the Chief Minister, demanding a coherent COVID policy to alleviate panic amid rising COVID cases. The group has also demanded that information about healthcare facilities be in the public domain, and that government should oversee hospitals that treat COVID.