Technology is becoming the driving factor for the growth of any industry while information and awareness is key to ensuring healthy growth. With technology, information and awareness becoming increasingly accessible, the education and employment industries now understand the need to "Connect the dots". Education now includes courses that span across disciplines. The more diverse your background is, the more sought after you are by employers. And that is where Bangalore’s National Institute of Advanced Studies plays such a critical role.

The vision of the institute is to serve as a forum for experts with experience in various fields to come together. They offer Phd courses in the following : Social Sciences, Humanities, Natural Sciences and Engineering, International Strategic and Security Studies Program.

The vibrant Humanities department also includes Heritage studies in the field of Archaeology and Drama in collaboration with Exeter University and funded by British Councils’ UKIEIRI-II scheme. This is probably the only institute in India to have such diversity in the courses they have to offer.

The Institute takes about 12-20 students for their Ph.D programs.

Focus on civics and governance

One of the greatest contributions of interdisciplinary institutes like NIAS is their influence in the governance of the city and the country. The research coming out of the Institute is often relevant and applicable to the way our cities are modelled and planned. There are many examples of such contributions, a few of which are as follows:

In a seminar attended by the Chief Minister, Mayor and other elected representatives of Bangalore city, Professors from NIAS were called to share their opinions and perspectives on the issue of breaking BBMP into smaller corporations to manage the city.

NIAS’ Urban Research and Policy Program (URPP) aims to foster innovative thinking on cities and the urban crisis and go beyond the routine responses and technical solutions offered by conventional urban planning and policies.

K. Kasturirangan, Emeritus professor at NIAS was "Member, Planning Commission, Government of India, September 2009" and also spearheaded the Kasturirangan Committee, that played a key role in the formation and functioning of BBMP.

Knowledge of multiple sectors, broad intellect and passion to implement ideas and plans is key to building a strong society. NIAS attracts people keen to develop such instincts and capabilities.

Multidisciplinary working is often seen as revolutionary by skill-centred specialists but it is simply a fundamental expression of being guided by holism rather than reductionism, as described by Jan Smuts in his 1926 book Holism and Evolution. (The terms Interdisciplinary and multidisciplinary are used alternately.) SRC: WIKI

Meet Soundarya Iyer, currently a student working on her Phd in the ‘School of Social Sciences’ at NIAS. She has a background in Biochemistry, Molecular and Human Genetics, but decided to drop her Phd in Evolutionary Biology at JNCASR (Jawaharlal Nehru Centre for Advanced Scientific Research) to pursue her interest in the field of Social Sciences at NIAS.

"I did not consider going abroad, mostly because I have spent several years of my childhood in Bahrain and coming back to India later was a great relief for me," says Soundarya. The other reason she cites is that given her background in the sciences, she had few options to pursue a Ph.D in the social sciences PhDs. "NIAS is a great place because it allows such a shift in disciplines," she gushes. 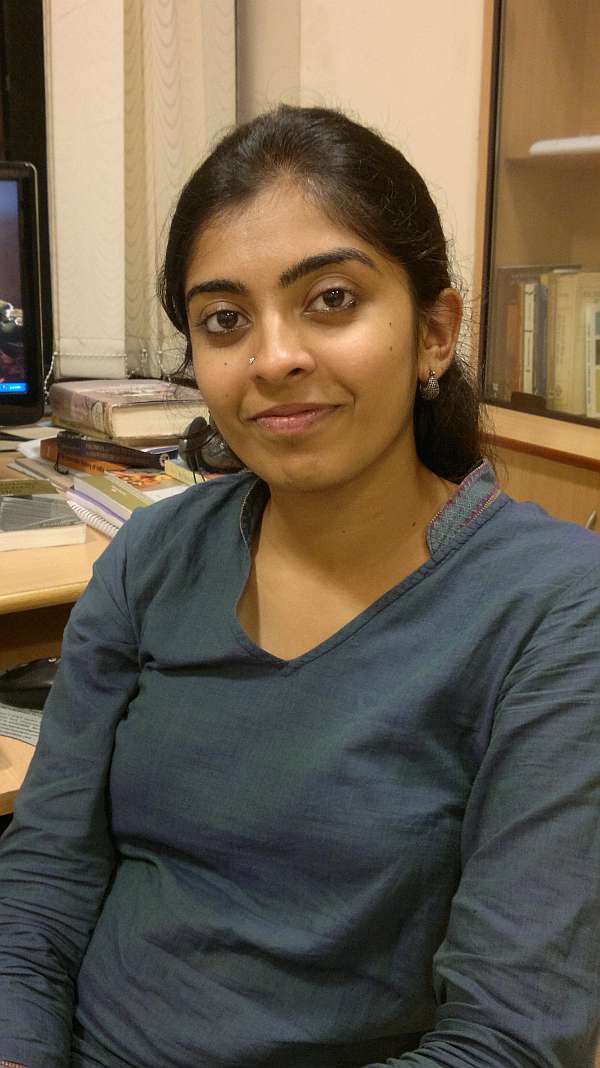 Soundarya joined NIAS as a research assistant and worked on a project on evaluation of the MGNREGS (Mahatma Gandhi National Rural Employment Guarantee Scheme) in Karnataka for 8 months. Thereafter, she enrolled at NIAS for a PhD in the School of social sciences.

The Institute has several instances of such interesting choices – cutting across geographical boundaries and biases. Dr. Kishor Govinda, an American citizen, chose NIAS for his Ph.D and Post doctoral studies in India. "There were a few other institutes I considered, but NIAS was the clear choice." he says. "My career choices have been influenced by Dr. Prabhakar Vaidya, former professor at NIAS and a family friend and mentor, but what really drew me to NIAS was the lure of working with the globally renowned mathematician late K. Ramachandra, who was a visiting professor at NIAS." Kishor has a Ph.D in "Number Theory."

Kishor currently works at the St. John’s Research Institute. His work is as intriguing and diverse as his interests. "I have no academic background in biology, but it is not very difficult for us (me and researchers from biology and chemical background) to interact and work as a team." He works on mathematical modelling of issues around nutrition.

As an example of how NIAS opens up the possibility of working across disciplines, Kishor explains how Maths can be an integral part of any experiment where information lies in accuracy of data – even something related to the common ‘diabetic’ problem. Since it is not possible to quantify the actual amount of insulin that the pancreas produces by sampling of blood, mathematical modelling helps to produce more accurate information critical to finding cure for the disease.

"Work is keeping me busy as of now but I would really like to explore my other interests in the fields of philosophy and social sciences and be able to spin them with Maths. While at NIAS, I had the opportunity to attend lectures on these topics and this has helped. But I am still trying to find an outlet," says Kishor.

Soundarya, on her part, is interested in studying rural transformation in Karnataka. She is planning to do this by studying three villages that were earlier studied in the 1961 village census monographs. "My study will be based on a questionnaire-based survey of a sample of households in the village and oral histories to try and understand the dynamics of transformation in rural Karnataka. My interest has not changed since I started out on the PhD," she says.

For Kishor, Soundarya and many others like them, NIAS represents the coming together of interests, hope and knowledge.⊕

Loved by butterflies and parasites!

Marigolds are good to have in an organic garden, attracting parasites, that may otherwise affect the vegetable plants. Plus you can even brew marigold tea!

For the future, BMTC is envisioning doing away with digital passes, and transitioning to wallets and smart cards, like Metro cards, that can be recharged