A very eminent minister to the Maharaja of Mysore, M A Srinivasan, had once compared the philosophy of Golf with the essence of Bhagavad Gita – "Address yourself to your duty, O Arjuna, choose your weapon, act, and do not look up to see the fruit of your action". Golf. Growing up in a non-Army middle class background in Bangalore, my introduction to the sport was through the world of P G Wodehouse. Relationships were made or broken based on the characters’ ‘handicap’.

A sport that originated in pristine greens of Scotland – St Andrews being the Mecca of Golf – it made quite a journey across continents to the hot South Indian Deccan plateau in 1882. 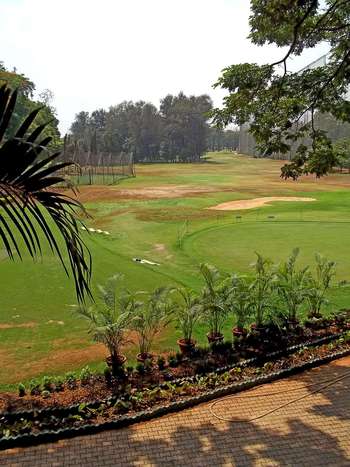 They were successful in getting land, in 1882, then used as a shooting range of the Pioneers regiment, to be leased to the "purpose of the game of golf" and "no agriculture or building should be constructed on this land". That’s how Bangalore got its first Golf Club.

The BGC has a unique mascot – a crow with a golf ball in its beak! Probably they were the earliest caddies of the course! Or perhaps, the Englishmen found it amusing that apart from the land hazards, they had to contend with the birds too!

It must have been a very beautiful laidback English town back then. Full of parks, homes with huge gardens, avenues with trees canopies everywhere with the only sound being the clickety clack of an occasional horse or a horse carriage.

At two in the afternoon, the BGC still looks very green and the Kumara Krupa road thankfully didn’t have much of traffic. It was quite hot in the afternoon. Anand Sirur, a senior BGC member (who has been the Secretary and headed several committees), led me into the course from the Kumara Krupa gate entrance which is exactly opposite to the BGC club house.

The earliest recorded reference to Golf on this place has been in 1869, explains Sirur. The Pioneer Regiment is said to have designed the first course, a 9-hole course. As more land was acquired, it became a proper 18-hole course. 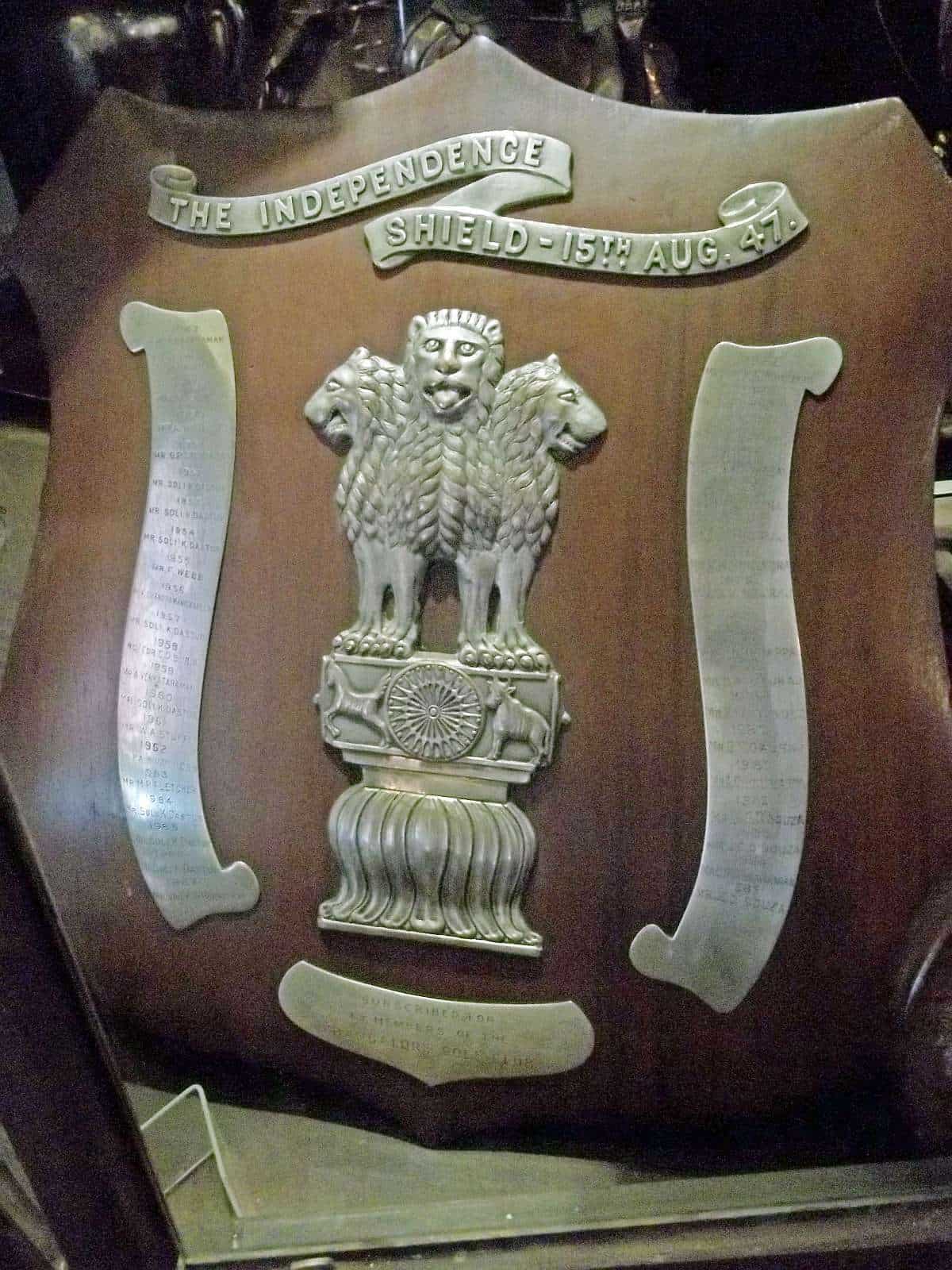 As we entered inside, Sirur explains the basics of the sport to a novice enthusiast with a penchant for history. Sirur is credited to have started Junior Golf Academy for discerning youngsters and brought the game much closer to every youngster’s reach. Some of the famous golfers, of this programme, today are Chikkarangappa and Rahul Ravi.

His enthusiasm for the sport and the trivia was very infectious and absorbing that the long walk to the clubhouse end wasn’t exhausting at all. The course, I found out, consists of five Par 3’s, 10 Par 4’s and three Par 5’s and plays to a maximum distance of 5636 yards over 18 holes. What this means is that it has some very long fairways and hence makes quite a walk if one plays the entire 18 holes.

As one walks across the course, one can witness the expanse of the land. It must require a lot of water in this hot country to keep it green, I thought. As if reading my thoughts, Sirur informed that BGC uses recycled water to keep its ground green. The ingenuity and hard work of the club members has resulted in successful recycle plant set up in the BGC’s grounds. It takes water from one of the city’s sewage collection point and recycles it. The plant has a capacity of 1 MLD (million litres per day).

If you stand facing the course from the clubhouse end, there are 18 holes starting from your right, going all the way until the Windsor Manor traffic junction and then runs parallel to Kumara Krupa road and comes back to reach you to your left. 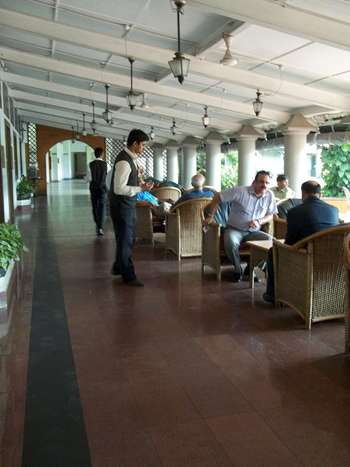 The Clubhouse, the Trophies

At the end of the walk, we reached the BGC club house which is as old as the course. The building structure looks like any of the City’s numerous prestigious clubs with a difference; it overlooks the course. Stepping inside the ground floor, we entered the Pudy’s Bar. The bar was presented by the Captain Rajkumar Desaraj Urs (Pudy), in 1935, an avid golfer and the BGC’s first Indian captain. A photograph of his on the wall depicts him in western attire.

Spotting shields across nearly two centuries, one that captured my eye was an ‘Independence Shield’ won in 1947 with the players’ name engraved on it. But one of the oldest is the Challenge Cup played between Madras Golf Club (MGC) and Bangalore Golf Club (BGC) cup played by Madras and Bangalore teams that has 125 years of history!

For me, the entire ambience of the bar looked like a setting straight out of a Jeeves’ series. The dark wooden panels, cupboards full of shields, the huge wooden bust of a bull, a typical bar with a friendly bartender – all very English.

Sirur’s friends were very friendly; the ever smiling bartender was a second generation BGC staff. Their bonhomie, the golf anecdotes, their experiences playing golf tournaments abroad was infectious and time just click-clocked away. The clock on the wall with all the numbers fallen down and a ‘Who cares’ displayed on the dial showed the attitude.

Upstairs, I found a modern fully equipped gym, probably used by the players when they do not have the time to take a swing or maybe by their families and a party hall. But the best part of the first floor is the full view of the BGC.

As we came out of the premises, my thoughts centred over the game, the club, its history, the players themselves and their stories and of course the vast green course. I could not help but feel, like them, that Golf is not just a game, but a way of life.⊕

No talk, just clean and green

Instead of cribbing about litter in picnic spots around Bangalore and apathy of the government bodies, a group of city-based volunteers have taken it on themselves to run clean and green drives.

Magnitude art gallery exhibits works by their own artists, with paintings inspired by rural India. Five photographers document the changes and loss caused by modernisation, in the show 5×8

Many creatures that are depicted in Hindu mythology are inspired by nature. As Deepa Mohan talks about some of them, she reminds us of the importance of feeling the nature around us as we go about our daily lives.