Over the past three years, the Rosy Pastor (Madhusarika in Kannada) a migratory bird from Europe has chosen to enter Bangalore earlier than the previous years. For instance, in 2011, bird watchers in Bangalore reported spotting the species in early March. Again last year, the bird was reported to be spotted by mid February. Thereafter, in 2013, the bird made an appearance by mid January in Bangalore. Considering the difference in timings, the avian’s early appearance could be linked to the impact of climate change on bird migration patterns. 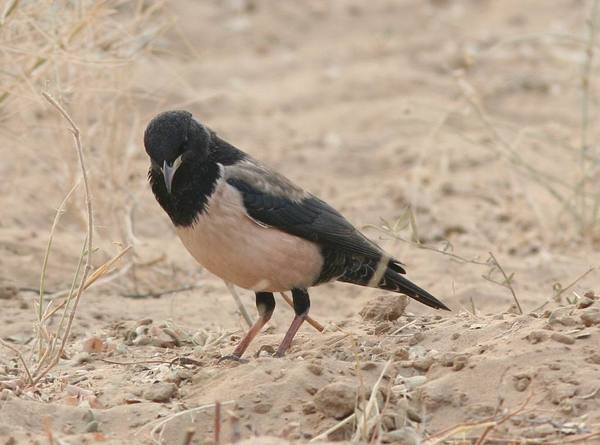 A recent article in Deccan Herald stated that flowering patterns go haywire with reference to the early flowering and fruit bearing of certain trees like flame of the forest, mango, etc. This fact beckons our attention to erratic migration patterns of certain birds too due to climate change in the city.

Rosy Pastors, now visible in various parts of the city, in large flocks since late last month are unique. They are among the few avian species which migrate from the east to the west, rather than in the usual north to south direction. The main reasons for the exceptional east-west migration is the overlapping of breeding grounds of the Rosy Pastor with those of the migratory locusts, whose nymphs and hoppers serve as food for families of Pastors, who nest and breed on stony hillsides in south-east Europe (west of Hungary). Baby Pastors are almost exclusively brought up on a diet of locusts. Normally, both locusts and pastors breed here during May and June. Their feeding grounds, on the other hand, are located in east and west Asia, Pakistan and India. Young Pastors are forced to leave their breeding abodes rather early so they reach their distant feeding grounds in time. They remain in their nesting and breeding grounds for only three months, and are winging their way for nine months.

Habitat, Breeding and other Characteristics

The Rosy Pastor (Sturnus roseus) gets its name due to its peculiar habit of looking down like a pastor (priest) with his rich robes to castigate you for some wrongdoing. Otherwise, it is the size of a common Myna but with a rose coloured chest and a black hooded head. The Rosy Pastors’ lunatic staring eyes resemble those of many of their clan members, namely, the starlings or Mynas. They have a gelled recumbent crest, which is raised when they are madly in love.

The Rosy Pastors are most abundantly found in north-western India and diminish towards the Deccan. It is difficult to differentiate between the juvenile male and female birds, but as they reach adulthood, the male acquires a rosy pink colour while the female remains duller and browner. As soon as the chicks are strong, they join the adults and enter the north-western part of the Indian sub-continent in August. The flocks then trickle down to Gujarat in September-October and gradually to more southern destinations in the Deccan and Peninsula and then they start their return journey in March and April.

Rosy Pastors breed in south-eastern Europe and south-western Asia, including West Asia and Asia Minor and fly into India to feed in huge swarms all over the Deccan and Peninsula. Large colonies of these migratory birds set up home in rocky grounds or old ruins, untidily stuffing holes with grass and twigs. Five or six pale bluish eggs are laid, the female incubates for 10 or 11 days, and the chicks, stuffed with locust protein, fly out between a fortnight and three weeks later – an ideal way to raise a family. Only one brood is raised every year.

The Rosy Pastors sing and call, quiver with excitement and shake their wings, but then suddenly wing off to a nearby bare-leafed tree, laden with figs. These birds roost with parakeets, mynahs and pigeons for the night. Otherwise, they are popular for their ability to sing a strange jazz composition; melodious, yet sometimes harsh and improvisational with incessant chittering and squeaking. So much so, that it sometimes reminds one of squeaky-wheeled children’s toys being pushed back and forth vigorously en masse. The chittering would grow in intensity, and then suddenly for no apparent reason, stop. Occasionally the whole flock tends to take off and swirl swiftly around the place. Like most of their clan, they are aggressive and cocky. Rosy Pastors are known to be belligerent, and will not tolerate other avian company on fruit trees that they consider their property even if they are satiated gastronomically.

While on their journey back home to Europe, the Rosy Pastors are fat and their flesh acquires an exceptional flavour owing to a diet of ripe grain and sweet fruit. As adults, the birds have a more eclectic diet. Apart from locusts and other insects, they love figs, mulberries, ripe neem berries, and grapes, which make them unpopular with vineyard owners. They also inflict huge damage on fields of jowar and bajra and in fact also go under the alias of Jowari bird. They also love the nectar of the blooms of the silk cotton and coral trees and are so instrumental in cross-pollination of these. This makes their flesh an epicurean delicacy and therefore large numbers of Rosy Pastors are slaughtered in northern India and Pakistan.

About Dr P U Antony 2 Articles
The author has not yet added any personal or biographical info to her or his author profile.

The land of Halasina Hannu

Home to an ancient temple and a settlement developed by the British, Halasuru retains its old-world charm