Did you know that:
* Over 300 million Indian citizens have no access to electricity?
* Over one third of India’s rural population lack electricity as do 6% of the urban population
* We produce only 25% fuel of our total requirement

This is alarming. We complain when there is no power for even 1 or 2 hours – imagine the plight of villages which lack electricity.

On 16th January, the Children’s Movement for Civic Awareness (CMCA) members of the United Dudes civic club of Delhi Public School, Bangalore South, conducted the "One Watt Project – Let’s Save a Billion Watts" campaign to urge their school teachers, classmates, family and friends to save energy. Launched nationwide in April 2012, the campaign is an initiative of Godrej Appliances (a division of Godrej and Boyce Private Limited). 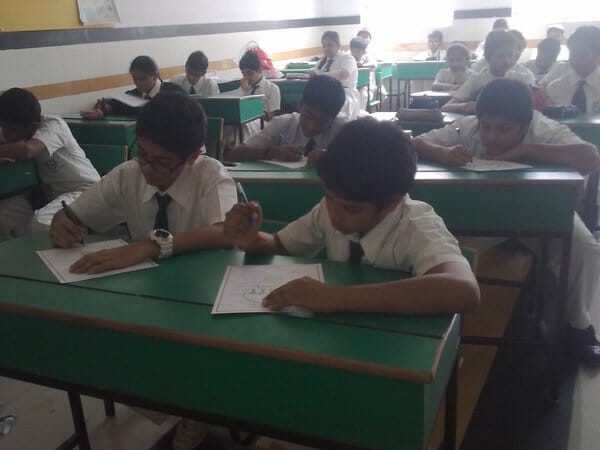 Joining the campaign in October 2012, across 6 cities, in around 300 schools with 364 civic clubs, 15500 CMCA members are reaching out to their fellow students, families and communities with concrete tips and steps to conserve energy with a hope of conserving one billion watts. The children are initially sensitized on how to save a precious resource like electricity and they work on the tips to conserve power in their homes and schools. Differences in electricity bills obtained before and after implementing the conservation techniques are evaluated.

Local action
In CMCA schools, the One Watt project that began in November 2012 will run until the end of this month. Around 4000 children from 83 Bangalore schools are part of this campaign as they know that the right to energy comes with responsibilities. Under this initiative, the civic club members of DPS Bangalore South also conducted a Bring Bills Down contest to encourage their schoolmates and families to conserve power. Around 400 children from class 8 (in the age range of 13-14 years) participated in a painting competition on the theme Save Power for a Greener Earth. The children also took a pledge to save electricity.

The choices we make about how we use energy impacts our environment and lives. Together, let us all do our bit to try and reduce energy consumption. Light up a dark home by saving this precious resource. After all, power saved is power generated.

About Reshma Arvind 1 Article
The author has not yet added any personal or biographical info to her or his author profile.

A success story of lake rejuvenation

If you have an eye for the visual arts, you’re in luck. Namma Bengaluru is home to several art galleries which showcase a plethora of work. Here are some of the must-visit galleries in the city.

If you are parent of a CBSE/ICSE-board private school in the city, you know all about fee hikes. A Citizen Matters dipstick survey of parents views found some trends.