Ever since the Bangalore Metropolitan Task Force (BMTF) started functioning more actively, especially after current chief Rajvir Sharma took over, the state government has been at loggerheads with it. Its latest attempt to cut down BMTF’s powers has gone awry, and has become another embarrassment for the government.

BMTF is a police force which can investigate grabbing of public land, and building violations, in Bangalore Metropolitan Area. It can book cases against government officers who abet such crimes. It can also file criminal cases on associated crimes, like document fabrication. 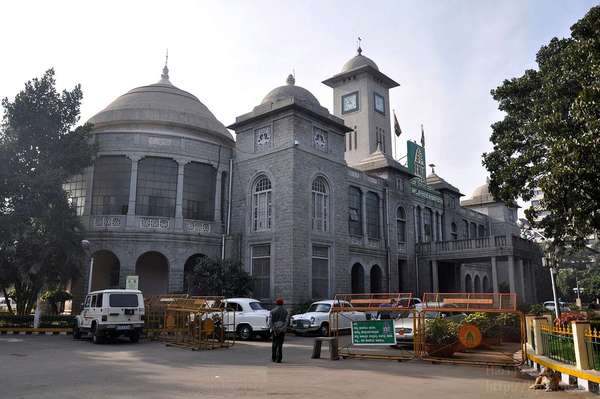 The UDD order said that BMTF was formed only to protect land, but it was exceeding its jurisdiction by filing cases under IPC. BMTF actually has powers under 12 Acts, such Karnataka Land Revenue Act, BDA Act, KMC (Karnataka Municipal Corporation) Act, IPC, Karnataka Police Act etc. 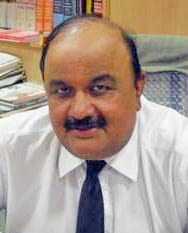 The order said that BMTF cannot act under these 12, but only five acts that are specifically on land protection. With this, BMTF would have had to stop investigation of many of its existing cases, and file further cases only under civil laws. The penalty for land grab/abetment as per these laws is 1-3 years in prison and fines.

Next, Ashoka’s Home Department steps in

But on February 6th, Home Department issued a notification saying that BMTF did indeed have police powers. It does not refer to the UDD order at all, but only says that BMTF is a police station that can act under all 12 Acts. It clarifies the sections of IPC that BMTF can use, to book cases. A senior BMTF officer says that these sections are the same that BMTF is using now, to file cases. In effect, nothing has changed for BMTF – its powers remain the same.

While BMTF was formed in ‘96 by the UDD to protect public property, its police powers was given by the Home Department the same year. The government orders at the time say that police powers were given, so that BMTF can effectively do its job.

Left hand knows not what the right hand does

Officers at both the UDD and the Home department are not keen on talking about the mess. UDD Undersecretary N Gopalaiah, who had signed the February 2nd order, says that he does not know about the issue. “The directions come from Chief Minister and I only sign it. I don’t know if the Home notification supersedes our order,” he says.

On the other hand, Sujothy Muthanna, Additional Secretary at Home Department, says that she cannot comment on the UDD order. She clarifies that BMTF can act under the IPC sections mentioned in the Home notification. “BMTF comes under UDD and reports to UDD, but in terms of its police powers it is up to the Home Department to decide,” she says.

UDD order could have benefited accused

The UDD order is carefully crafted, giving many reasons for why BMTF should not have powers. It is easy to see how this order would have benefitted many accused.

The order says that BMTF has no powers to use the KTCP (Karnataka Town and Country Planning) Act to book cases. BMTF had booked Bharat Lal Meena under KTCP Act. Pradeep Singh Kharola, who is now Principal Secretary to CM, and former BBMP Administrator K M Shivakumar are other biggies booked under this Act.

The order also says that BMTF was ‘encroaching’ on the powers of other police stations by filing cases under the IPC. The BMTF senior officer is agitated when he says, “If we are investigating a land grab case and find other offences, we have to file cases for that. Otherwise who will investigate those aspects? It cannot be transferred to anyone else. If we let go of those offences, it will only benefit the culprits.”

UDD also uses a High Court order of ‘97 which says that BMTF cannot file cases under the IPC alone. But it was after this order that the Home department issued had a notification in 2002, which clarified that BMTF had the powers of a general police station. Meaning, it could file cases under any offence.

Accused get stays, govt does not clear them

UDD order also says that, because cases are booked under IPC alone, court has given stays in many BMTF cases. Rajvir Sharma of BMTF says that government never gave any hint of this aspect to BMTF, and that the stays are only interim orders anyway.

“I had written to the Advocate General 5-6 months ago to get the stays vacated, but there has been no response. I had also requested for a meeting with the Chief Secretary on this aspect, and I am still waiting for the meeting,” says Sharma. BMTF sends details of all cases routinely to the government.

“If there was a concern with the stays, government should have gotten BMTF, home and law department to do an analysis. If the issue was valid, the cases could be transferred,” says Sharma. The UDD order said nothing on transferring of cases, but only wanted investigations to be stopped. Advocate General S Vijay Shankar did not respond to questions by Citizen Matters over email.

The senior BMTF officer (quoted first) says that government cannot take away BMTF’s powers, whether it likes it or not. He says that there is no such thing as a ‘special police station’ anyway.

All police stations – including BMTF – are formed under the CrPC (Criminal Procedure Code), which is a central government act. “Section 156(2) of the CrPC says that a police station can investigate any offence coming under its jurisdiction. It’s only police’s training or intelligence wing that are exceptions to this.”

He says that a state government cannot override a central law, and hence cannot cut down powers. “The only way government can reduce BMTF’s powers would be to shut it down completely. Government can shut down BMTF or Lokayukta – but it is unlikely to do this as they will lose face,” he says. The officer is frazzled about BMTF having to deal with interruptions, but for now, there is no worry about losing powers.⊕

The blast scene at Hosur Road near Madiwala on 25 July, Friday, evening. Onlookers and the television media crew were swarming around the bus stand.