The entire city coming together on the issue of garbage… unimaginable till even a few months ago… But there has been a visible change of climate over the last 6 months; and the last week in particular has been noteworthy.

Wake Up Clean Up Bangalore – a 7 day expo at Freedom Park on managing waste – that brought together a variety of stakeholders on a single platform, recently concluded amidst significant media coverage and public promises. On each of the seven days, members of the industry, Corporate leaders, elected representatives, several city schools, hospitals, hotel association and various other institutions made serious commitments to ensure that waste sent to the landfill reduces by 1500 tonnes, by segregating and managing it at source. The agreed deadline is 5th June, 2013 (World Environment Day).

The Power Nashta sessions every morning at Wake up, Clean up – saw industry leaders and government make commitments to do their bit. Pic: Vani Murthy

A summary of commitments made (See link):

• Zero pilot waste project – CREDAI committed to 1 pilot by each builder registered by CREDAI (210 in Bangalore) initiating and driving pilot zero waste projects in their buildings in each ward.
• Launch of pilot waste management programs in key areas in Bangalore on the 15th of February 2013, spearheaded by FKCCI.
• Reduction of waste by FKCCI – FKCCI in conjunction with local trade Establishments will reduce waste by 400 tonnes & Hotel management association commits to reducing 350 tonnes of waste.
• Zero waste pilots in 4 commercial areas in the city by Trade establishments in Brigade Road, Rajajinagar, SP Road and 1 more area to be decided soon.
• Private Hospital Associations – committed that every hospital will be zero waste and community centers for domestic biomedical waste.

• Corporates committed to reduce 1500 tonnes of garbage by managing waste inside their campuses.
• MLA KJ George – committed to making Embassy Golf Links a zero-waste
campus by 5th June 2013.
• Infosys – campus in Bangalore will be Zero waste by 1st March.
• CII – 10 companies under CII will be base of excellence and example to others.
• Corporates also committed to nominate one person to be a part of the core team to achieve zero waste for their company. ITC Stationery committed to 10 senior managers to work on this initiative.

• Inventure Academy – Schools as model waste-free and waste-sensitive areas, spearheaded by Inventure Academy
• Bio-gas plants – 500 hoteliers have promised to have biogas plants at home which they’ll study and later implement in the hotels.
• RWAs & Apartments -committed to minimize 250 tonnes of waste
• Citizens – commit to getting Sanjaya Nagar and Padmanabha Nagar to be zero waste in 9 months.

Mini landfill at Freedom Park, so visitors could see and smell…and understand the importance of segregaton. Pic: Vani Murthy

Rathish Balakrishnan, Co-founder Sattva Media and Consulting, the co-organiser of the event, emphasises that this is just the beginning. He says that, now that commitments have been made and shared publicly with a definite deadline, the focus in the coming weeks would be to monitor the work in this regard and support it with necessary information. He believes that the active participation of the government is in itself a positive outcome and that the next step would be to take the movement to each zone, so that every citizen of Bangalore becomes part of this process. 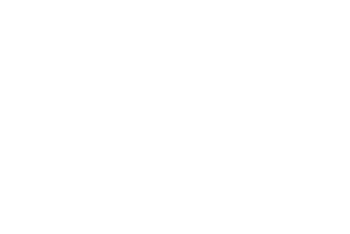 BBMP Commissioner telling his staff about reducing the generation of garbage by saying no to disposables. Pic: Vani Murthy

This entire effort, not just to bring together these diverse groups but also to get them to own the problem and commit to change, is indeed laudable. However as I re-read the commitments made by the various stakeholders, the cynic in me cannot help but think, "Time and again, we have heard such promises from our elected representatives and then watched in despair and frustration as they remain unfulfilled or conveniently forgotten? So what will make things different this time?"

— Can each of the stakeholders define the immediate next steps towards realising their promise? Can the commitments be broken down to short-term actionable plans
— Is there a possibility of a public monitoring mechanism that holds the various stakeholders accountable to one another? (a periodic waste-watch monitor in the media that carries an update on promises made. Or that all BBMP hoardings will carry the status with regard to these commitments for the next few months)
— How can you and I ensure that these commitments do not remain just that?

The cynic in me is also wary of using terms like ‘zero-waste’. After all, as breathing living creatures, can we really achieve zero-waste? Is it not more realistic to spell out the bare minimum we can achieve? Managing waste is also so closely linked to our behaviour, choices and habits; it is about looking for alternatives that use less and waste less. So, for instance, can we avoid distributing name-tags to every visitor at such events. Can we choose to offer children food that is fresh and packaged in biodegradable material rather than processed food packaged with materials that do not decompose. Yes, these are often sponsored or may not appear to be the most important features at events of such magnitude but surely this is what will also help to send out a more meaningful and powerful message.

Hopefully there are lessons learnt for all of us and waste will be better managed in the city in the coming months.

Children take an oath to be active citizens

At the annual meet of Bangalore-based Children’s Movement for Civic Awareness, over 2000 students were educated on various civic-friendly initiatives.