The bi-annual and eagerly awaited Aero-India, the premier air show proudly hosted by Bangalore attracts crowds from across the world in large numbers.

Apart from tourists, visitors and participants to the show, the city also sees an increase in the number of relatives and friends, not only of the pilots and participants but also of residents residing in the vicinity of the venue.  Their urge to see the fighters and other aircrafts maneuver in the skies for five days free of cost is the prime reason.

According to Sidharth M, a second year degree student from Maharashtra, “I am interested in the air show, but each time I am unable to visit the venue, because of unavailability of tickets and their high cost. Thus I take leave from college and visit my uncle’s home near Yelahanka so that I can see the aircrafts.’’ He found 500 Rupee tickets for Air Display Viewing Area (ADVA) were sold out. 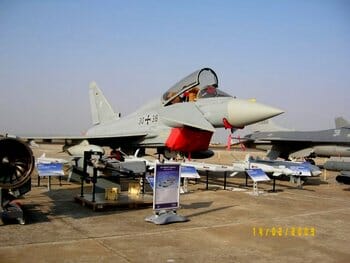 Siddharth did the same during the last two shows too. He adds, “though this did not make my uncle and his family members very happy earlier, now they do not mind.” He says that the view is not very great and one can only see the machines flying and is unable to hear details about them. But he does not mind it as he manages to read about the aircrafts on various publications and online.

Same is the case with Sumana R, a Bangalorean studying medicine in Chennai. She says that the inadequate facilities and approach to the venue has made her withdraw and look at other options to enjoy the show. She visits the house of a family friend in Jakkur just to get a glimpse of Sarang and the Suryakiran teams conduct their maneuvers.

WHERE ARE TICKETS AVAILABLE AND HOW
Tickets for the bi-annual aero-India can be booked online and collected at Axis Bank branches at MG Road, Vijayanagar and Malleswaram; Metro-Cash-and-carry; FICCI office and Yelahanka air force station.
For general visitors, the tickets on weekend (Feb 9-10) costs Rs 1000 for exhibition area, Rs 5000 for runway VIP stand and Rs 500 for ADVA.

"As a visitor, one has to walk long distances to reach the viewing area. There is no shade…people have to stand and watch the crafts while inhaling all the dust. There is no place for relaxation (cafeterias and rest rooms) as well”, she complains. She decided not to visit the venue but could not curtail my love for the two crafts. Though there was no Suryakiran this year, she was happy to see Sarang and also enjoyed the Red Bulls.

The increased traffic rush on the roads to watch the air show and reach the airport is another hindrance. This is coupled with increased traffic violations. For the entire five days, one can see people standing on the Bellary Main Road to see the air-show and capture them on their cameras.

WHAT ONE CAN EXPECT AT THE SHOW
Apart from the glamour of participants and pilots, the show stoppers are Flying Bulls, Russian Knights, Sarang, Sukhoi, F-16, F-18 and Tiger Moth. The various stalls of aircrafts, aeronautical engineering, competitors from various countries and HAL are some of the attractions at the venue.

But the crowd and traffic on the road makes it impossible to enjoy the show. Some look for nearby spots to get a better view. Mithun, an aspiring Bangalore based photographer said that during the last show in 2011, he tried to capture the aircrafts from the road but failed. “It was very difficult for me to arrange a VIP pass and there were many security  issues. So I decided to find an alternative and easier option. In the meantime to catch the glamour of the show, I am also trying to arrange for a pass.”  Till he gets a pass, he is planning to station himself at a friend’s house  near Jakkur.

Why are you charged extra sometimes, by BMTC? Why doesn’t the BMTC fare look scientific? Here’s the answer.

Second to None and Citizen Matters bring you the Annual 220 Fundraiser this Saturday 27th July at Rangoli Art Centre, Metro station, MG Road.

Bangalore Apartments’ Federation is launching a campaign on December 2nd to make the adoption of electric vehicle charging stations easier in apartments.