“Arey yaar.. in logon ko to kuch kaam dhandha hai nahi, saare aakar yahan baith ke aawaz uthathe hai…. hamare desh mein aise bahut saare hadse hote rehte hai, aise awaaz uthake kya fayda; kuch hone wala to hai nahi” – (These people are not at all serious about the issue, what is the use of protesting on streets then? How are we to benefit from these protests?) – this is what a commuter told me as he stopped his bike for a while to witness people raising their voices at Town Hall – a popular protest spot in Bengaluru. 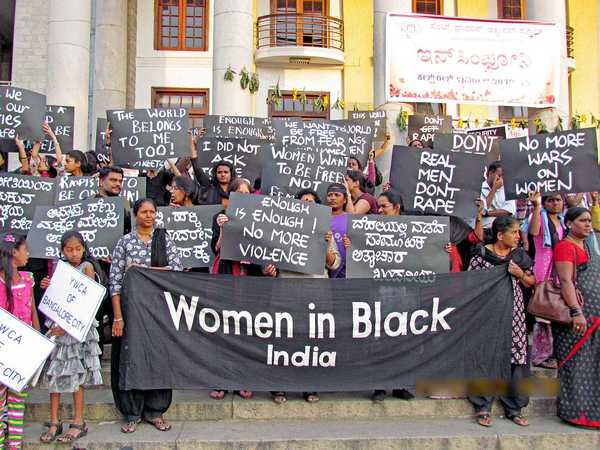 On December 29th, 2012, many Bangaloreans had gathered at the Town Hall to mourn the death of the 23-year-old paramedical student who was brutally gang-raped by six miscreants in a moving bus in New Delhi, following which she was brutally beaten and pushed out.

For long, protests, candlelight vigils and demonstrations in India have been a means of highlighting issues tainting society. Be it rape, corruption or murder, almost every issue has been raised through protests and demonstrations.

Even Mahatma Gandhi staged protests against the ruling British. But back then, people knew the purpose of these protests. However, now a trend slowly seems to be evolving wherein many citizens, despite the fact that they are vaguely aware of what is happening in the state, attend these rallies just to be seen on TV or quoted in a newspaper. Protests today have successfully transitioned into a medium of publicity.

Take the same gang-rape case itself earlier in December, that led to protests and demonstrations across Indian states. On the evening of December 20th, 2012, the entire Town Hall steps were packed with working women, NGOs, sandalwood celebrities, activists and of course, journalists. Gathered under temporary shamianas, women representing several NGOs adjusted their saris and brushed aside their hair just as the camera rolled in to focus on their faces.

When asked about their participation in this protest, most of them had pat responses – almost as though they had already scripted their dialogues and were ready to face questions posed to them. Some of them as usual did not understand the question being posed and blandly raised slogans, clearly only to be heard and seen on TV.

Swar Thanoujam, a Bangalore-based Manipuri playwright who had hit the headlines in the first week of December 2012 for being physically molested by a group of men and the traffic policemen, feels that the protests did have a positive impact in creating awareness. But Choodie Shivaram, an activist and journalist who was present at these protest sites says, “At Freedom Park most of these NGOs and local parties did nothing productive in contributing to the cause; instead all they did was hijack the camera. They wanted the attention of the media and were very successful in gaining it.”

People gather at places such as Freedom Park and Town Hall and are completely oblivious of the actual issues that triggered the call for protest. As a journalist when I asked several protesters about their participation in these protests – the answers I received were not only shocking, but even shameful.

My organisation told me to come here and raise slogans, said some. Some others offered, “I am here because I wanted to be a part of this protest; I received an invitation on Facebook from my friend to join this protest, my friend is attending these protests also”. These mixed and wayward responses left me in a quandary; can people be so mindless that they attend any protest without sparing a thought on what the cause is?

Kiran Mazumdar Shaw, MD of Biocon had said, “India has a silly way of dealing with things through a bandh… A one-day protest would be pointless and achieve nothing.” (Src: NIE). She feels, people must pressurise the government on anti-rape laws.

Yes, organising one-day protests or revolting against the government would serve no means; moreover some people attend these protests merely to publicise themselves and the various other organizations they represent. The focus or the current theme of the protests is completely lost. People at protest sites were busy quarrelling with each other and making no sense most of the time. In the process, like every other issue, we doused the ‘Nirbhaya’  flame as well. 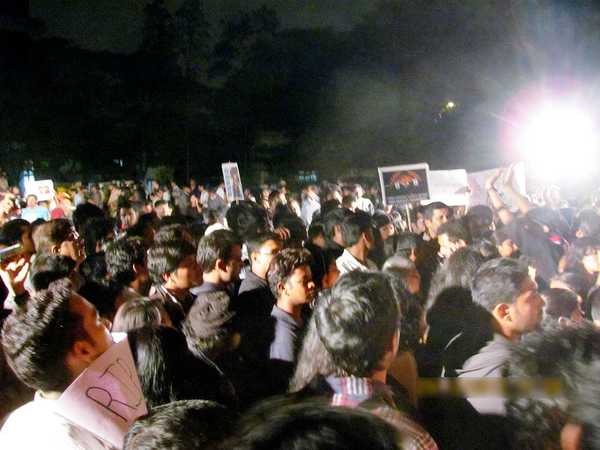 The same feelings found voice in many others as I spoke to citizens on Brigade road in Bangalore exactly a month after the tragic incident. Dhruva, a housewife said, “I guess it (Nirbhaya’s death) has lost its impact over the month. Initially there were lots of protests and demonstrations, but after a period of time we don’t see any change. I guess it is gradually losing its impact, like every other crime in the city”.

Another concerned citizen said, “I don’t think the Nirbhaya incident or the protests following it have raised any awareness, because we don’t see any drop in crime rates; every other day we hear about ghastly crimes that take place in the city.”

True, despite all the noise over the issue of social treatment of women and their safety, rape of women and children continue unabated in Bangalore, as well as in other parts of the state and country. The latest National Crime Records Bureau (NCRB) ranks Bangalore fourth in crime rates against women and labels it one of the most unsafe cities in India (Src: TH).  Even though police and MLAs promised to take appropriate measures to bring down crime rates in Bangalore, nothing is apparent so far.

However, it may not be unreasonable to assume that the result of such protests will hinge directly on the nature of participation itself. If people continue to participate just to be seen on TV or quoted in the newspapers, it is evident that crimes such as rape and murder will not decline as a result.

It is really sad to see that people are attaching a completely new meaning to these protests. As an intern with a news channel, when I interacted with people at these protest sites, the most common response I elicited was that protests have really transformed into a medium of propaganda. People were seen laughing and cracking jokes, robbing the outbursts of any true value.

It has been over a month since Nirbhaya’s death  and we still haven’t moved any closer to finding a solution to stop rape. With such participation, I guess we never will find a solution.

Although the Justice Verma committee had suggested rules and laws to safeguard the rights of women, the Ordinance passed by the government since then seems to have ignored many of those, and diluted many others. The latest protests that we see are around this issue, but who knows if the protestors have even read either Justice Verma’s recommendations or the provisions of the Ordinance.

In all of this, we as citizens of India remain unsure if rules – charted in the aftermath of the gang-rape outrage – will be implemented promptly and accurately, or if like many others they will lie on the shelves till they become defunct over a period of time.

Till the time that we, the people of India, change our mindsets, reformation of our country or states seems nearly impossible. ⊕

About Abhishek Kamat 1 Article
The author has not yet added any personal or biographical info to her or his author profile.
About News Desk 1072 Articles
The News Desk at Citizen Matters puts out Press Releases, notifications and curated information useful to the urban reader.
Website Facebook Instagram Twitter YouTube LinkedIn

In its third edition, nominations have been opened up for six categories. One of them could be Bengalurean of the year.

A morning walk fiasco at Puttenahalli

Things to keep in mind before venturing out on a morning walk.

Over 40 percent of road accident victims in Bengaluru are pedestrians. To change this, we need a long-term action plan instead of ad hoc measures