On top of winning a nationally televised leadership initiative in 2008, this Bangalorean joined the BJP in 2009 just before the Parliamentary elections. His induction was attended by Arun Jaitley and Ananth Kumar. He is well known as a governance reforms activist and a man who has consistently called for greater engagement of educated citizens in politics. However, today, he has struck out on his own, disappointed with India’s political parties. In fact, with his new initiative Nav Bharat he appears to be hitting out against the party system itself.

Meet Bangalorean Rajendra Kumar Misra, 47, better known as ‘RK’. Misra has been in the news again recently for his Nav Bharat initiative. His new mission directly takes a central problem in Indian politics: credible and capable candidates do not enter elections. His initiative comes at a time when Indian cities have felt the tremor of mass activism, street protests and disgruntlement with the mainline political establishment. 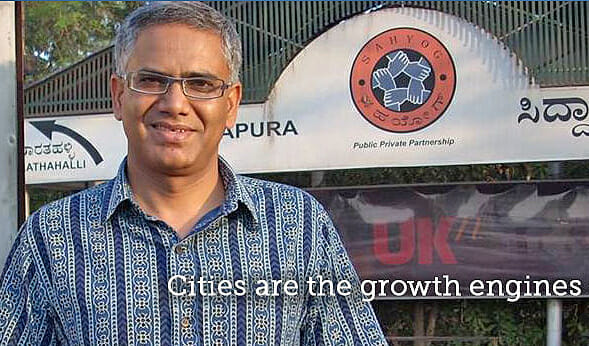 R K Misra is well known in Bengaluru as an advocate of governance reforms and public-private initiatives. Pic src: rkmisra.in

Misra hails from Sonari, a village in Sitapur district of UP. He is a graduate from IIT Kanpur and a post-graduate from Tokyo University. He is an entrepreneur, a Fellow of Harvard Kennedy School of Government and a Global Leadership Fellow of Aspen Institute, USA. In 2005, on turning 40, he left the corporate world to get into governance activism and inclusive development. He has been associated with several public and public-private initiatives since that span governance, citizen activism and rural livelihoods. In 2008, RK gained fame as the winner of the Lead India initiative, a nationally televised campaign to identify political leaders of the future.

RK lives in the Kadugodi area of Bangalore, north of Whitefield, and is Charter President of Rotary Bangalore (IT Corridor). He is also Chief Patron of the Bengaluru International Midnight Marathon event, being held every year in the month of December.

When Subramaniam Vincent caught up with Misra for this interview over email, the latter was in Kerala on a political candidate hunt to support through Nav Bharat.

Explain what is ‘Nav’ in Nav Bharat?

Nav Bharat is the new way of politics, truly democratic and candidate centric (as opposed to party centric). Principled and value based. Nav Bharat’s mission is to identify, field and help elect credible and capable of our society as our elected representative.

What is the connection between Nav Bharat and Bengaluru Political Action Committee (BPAC)? Are you involved in BPAC too? Are you supporting candidates for 2013 Karnataka elections?

Nav Bharat supports initiatives like BPAC in several cities. PACs are an efficient and practical way of citizen engagement in electoral politics. Yes, I am the founder member of BPAC. Yes, we will support good candidates in 2013 Karnataka elections.

How much money has Nav Bharat raised?

We can not discuss this. Fund raising is a continuous exercise and we have sufficient funds to meet our needs.

Leaders in mainline parties have said that good candidates are not able win elections, that is why they do not give tickets to them. Respond.

They may be right. Current parties have no space for good candidates. If they give ticket just before election with no time to campaign, candidates will find it tough to win. NB candidates will be announced 12 months in advance. They will be part of a national political platform, will get help with campaign finance, message and communication as well as outreach, both physical and digital.

What in your opinion is the most important criteria for a clean candidate to be a winnable candidate?

The candidate must have proven himself in public life before he enters the electoral fray. He should be known for his work and should be able to connect with the voters. Electoral politics is a huge personal commitment of time and privacy. People should be prepared for the time committment.

What if more good candidates come out (to run), but they do NOT know how to get voters out on polling day to vote for them? How will NB assess the ‘winning chances’ of a candidate? 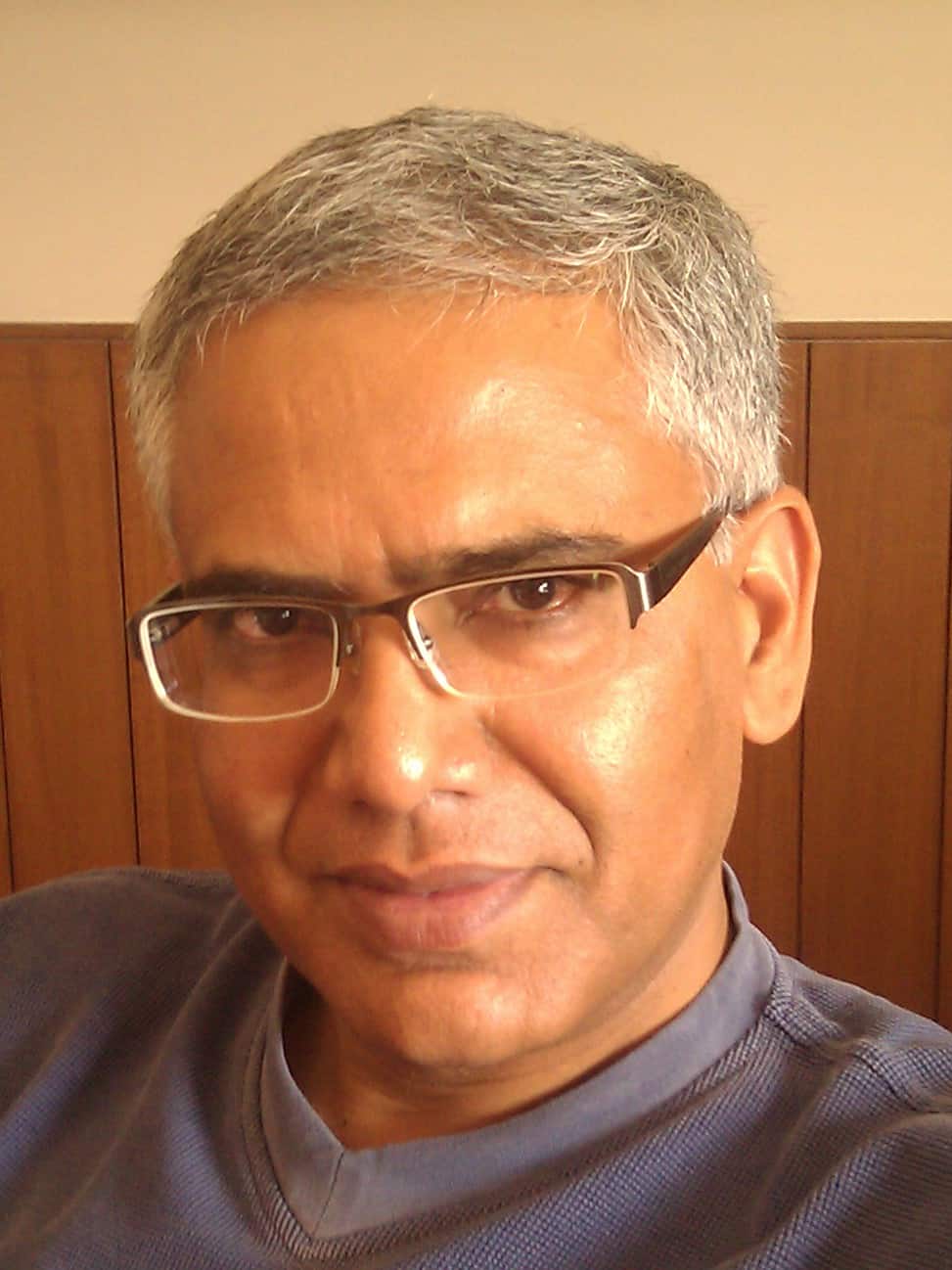 If a candidate does not campaign in low-income and slum areas actively, does NB think the candidate will win?

Nav Bharat stands for inclusive form of electoral democracy and does not exclude any socio-economic strata of society. A candidate needs to reach out to every section of society as he is the representative of all his voters.

Will you have an idealogical filter? For e.g. if a candidate of impeccable integrity is running on an CPI ticket but is hard-left leaning from a political standpoint, will Nav Bharat support him or her?

We will like to understand from the candidate about his economic and social view points and take a call based on that.

Is there a focus like urban vs rural? Or will you support candidates from any part of India?

We do not differentiate between candidates from urban or rural areas.

Citizens tell us regularly that parties are the political brands for them. People ultimately vote for parties, not so much for candidates alone. Even though citizens agree mainline parties have corrupted themselves, they also complain (to media like Citizen Matters) that small and newer parties and independent candidates for instance are not seen doing much on the ground in a widespread way in between election cycles. Then suddenly during election time, they show up for door to door campaigning. During 2009, independent candidate Captain Gopinath polled about 16000-plus votes for the Bengaluru South MP race. He has not been seen after that in local politics. This is also why voters gets skeptical. People lose, and then walk away.

Even established parties don’t do much between the elections. However I agree with your observation, if a candidate wants to win he must have been active in public life over the years. People do not respect and vote for fly-by-night politicians. Politics is a commitment to public service so people have to commit themselves if they want to earn respect and support of the voters.

Eventually NB will be a party.

But some citizens, especially people in Bangalore and Andhra Pradesh, who are following the emerging politics in India will ask ‘Why Nav Bharat when there is Aam Aadmi Party? Why AAP when there is Lok Satta? Why Lok Satta when there is Nav Bharat?’ What leads you to start NB for funding candidate-driven politics from any party, and yet project that eventually NB itself will b
ecome a party?

The short answer is Lok Satta and Nav Bharat discussed coming together. But the Lok Satta brand hasn’t delivered so far electorally and is stale. No new people, money and alliances can be built on a brand which hasn’t worked for so long.

AAP is all about Arvind Kejriwal and is focused on only one agenda. The nation has many issues. Also it’s all about what they are against. We don’t know what they are for. Very difficult to attract credible candidates, influential people and financial resources for such a party.

Nav Bharat is candidate centric, with zero party bureaucracy. The ‘party’ will only to identify, field and help elect the committed and credible of our society. Very unlike any of the Indian parties.

It’s a new approach. Think of Democrats and Republicans. Who is their party president? But we all know who are the presidents of Indian parties. In fact our parties are personal fiefdoms of presidents/dynasties in India. This is an outdated model.

NB will carry on with this new approach. Lok Satta and AAP may join hands with NB as we continue to engage.

Who all are you supporting for 2013 Karnataka?

We will evaluate as and when candidates/parties announce their candidature.

Is NB going to support your friends Ashwin Mahesh and other candidates from Lok Satta?

Ashwin Mahesh is a good candidate and we will support him. We will evaluate other  candidates too and decide. Our support will be candidate focussed not party based.

What kind of support do you plan to give, overall, to clean candidates?

We will provide whatever help candidate may need including campaign finance, data analytics, message and communication as well as outreach and voter mobilisation.⊕

What fixing our own roads taught us about local democracy

We planted trees, installed drain covers, fixed water leaks, and filled potholes. Yes, it is time for localities to self-organise and self-fund themselves.

Metro stations can be key to seamless connectivity in Bengaluru, here’s how

Metro stations are ideal for integration with various transport modes. Integration can be through bus stops/bays, auto stands, two-wheeler parking etc, depending on the characteristics of each Metro station