Going by the schedule given by Bangalore Metro Rail Corporation Limited (BMRCL), the 42.3 kilometers long Phase-1 of Namma Metro should be ready by the mid of 2014. However, the project is running behind schedule by almost 2 years. The traffic volume is increasing twofold each year, says one expert M N Srihari. The metro is believed to be the one project that can make commuting easier and would help decongesting roads. 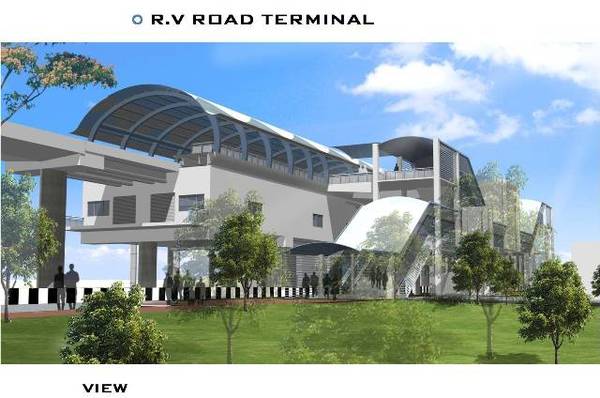 The major cause of delay in Phase-1 is land acquisition. Reach-3 line between Swastik in Malleshwaram and Hessarghatta Cross was scheduled for a launch in December 2012. It was expected to have benefited hundreds of office goers and industry workers as the line passes through Peenya that has a concentration of industrial and business establishments. Residents of the heavily populated Malleshwaram would also have benefited.

The Managing Director of BMRCL, N Sivasailam has specified that Reach-3 and Reach-3 A between Sampige Road and Peenya which is a 10.5 km long line would be launched this year in July.

Land acquisition hurdles have been the biggest reason for delay in the launch of Reach-3. These hurdles have been cleared. Another factor contributing to delay is the construction of 66 metre span viaduct. The structure has to be fully verified and approval has to be given by the Commissioner of Metro Rail Safety since it will pass over the Indian Railway Bridge. The design also has to be aesthetically correct. "We are expecting to start the work on this important structure in two months," says BMRCL spokesperson B L Yashwanth Chavan. 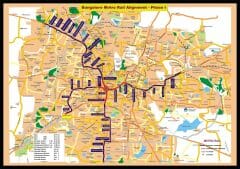 Bangaloreans will be happy to know that along with Reach-3 line, Namma Metro also plans to launch Reach-4 line between KR Market and RV Road this year. Construction work on this line is nearing completion. "We are planning to launch Reach-4 by last quarter of 2013. There is no depot at Reach-4 and in order to have temporary support, we have written to the Commissioner of Railway Safety to allow us to make temporary arrangements. If Commissioner gives us a green signal, we will build a temporary stabling area for cleanup and repair of coaches near pocket tracks on KR Road," says N Sivasailam.

Underground metro work is going on swiftly near Vidhana Soudha though there are challenges posed by tedious digging through solid rock. Work is also proceeding without shifting of the Ambedkar statue. The High Court on December 2nd, 2012 had issued an order stating that the state government should direct BMRCL to shift the statue within 15 days from the date of order issued by the government.

However, the state government failed to do so fearing opposition from various dalit groups. Meanwhile, BMRCL is firm on going ahead with the underground work itself as the issue of shifting the statue has already delayed the work by over six months. The underground stretch is a crucial part of the Phase-1 and it has to be completed by the beginning of 2014 so that metro trains could criss-cross at the Majestic interchange station.

The total investment on Phase-2 is estimated at Rs 26,500 crores and the financing will be based on Delhi Metro Phase-3 pattern. While the union and the state governments will contribute 20% and 30%, BMRCL will raise 47-52 % of the amount through senior term loans from institutions. Participation of any external agency for funding will still be solely decided by the State Government.

Clearances on Phase-2 yet to come

Although geotechnical testing for Phase-2 has started, the union government is yet to give clearances on Phase- 2 which includes extensions of the four reaches in Phase-1 and two new lines. The state government, after its own in-principle approval for Phase-2 had requested New Delhi to give speedy clearances, with an eye on starting work in 2012.

Clearance is still pending from the Planning Commission in New Delhi on financing for Phase-2. The commission had received the Detailed Project Report (DPR) from BMRCL and asked for clarifications on financing as the cost involved is steep. According to BMRCL sources, if everything goes well work on Phase-2 can start in five months.

BMRCL has submitted its recommendations on the High Speed Rail Link to the state government. It has suggested extending of Gottigere-Nagawara metro line under Phase-2 to the airport in Devanahalli. Initially it may take 44 minutes to reach the airport from the Central Business District, according to BMRCL. However, once the area is fully developed and the number of stations is increased, it would take upto 55 minutes to reach the airport from CBD.⊕

About Akanksha Mehrotra 1 Article
The author has not yet added any personal or biographical info to her or his author profile.

Citizens of Bangalore have come to terms with potholes, overflowing manholes, dangerous footpaths and the dug up roads, thanks to the haphazard working way of the BBMP. CAG report has attempted to expose the irregularities once again.

Amid the usual problems of missing names from voter rolls and proxy-voting threats, people of namma city came out and voted in large numbers than ever before, on the Big Day.