Noel and Lindsey are good hospitable souls. When a troupe of 10 of us landed up at their house this Sunday, December 22nd, they welcomed us warmly into their beautifully decorated Christmas home. We gorged on Marzipan, rose cookies and kul kuls, sipped mint flavoured lemonade and admired their Christmas tree decorations. A quiet house tucked into a corner of the heart of the city, it is graced by one of the tallest Christmas trees I had ever seen. 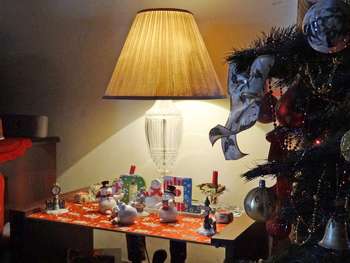 We were a bunch of people part of a Christmas inspired tour called Jolly Holly Trails, organised by writer Christina Daniels and her friend Jatin Prabhu. The idea of the tour was to introduce some unique traditions of Christmas in the city and imbibe the true spirit of Christmas. No, I don’t mean just the wine!

Bangalore’s christians may constitute just 6% of the city’s population, but as Christina says, traditions of church service, cribs, cake and wine, carol singing, variety shows, decorative homes, and visits to shelters for the unfortunate, are strong and thriving. There was of course always grand bashes at the clubs and hotels at the end of the day.

The city has so many churches, especially in the central part of town, catering to multiple denominations. Many of them were built by Europeans, and have British or French influences. Each one of them have their own unique traditions for Christmas. 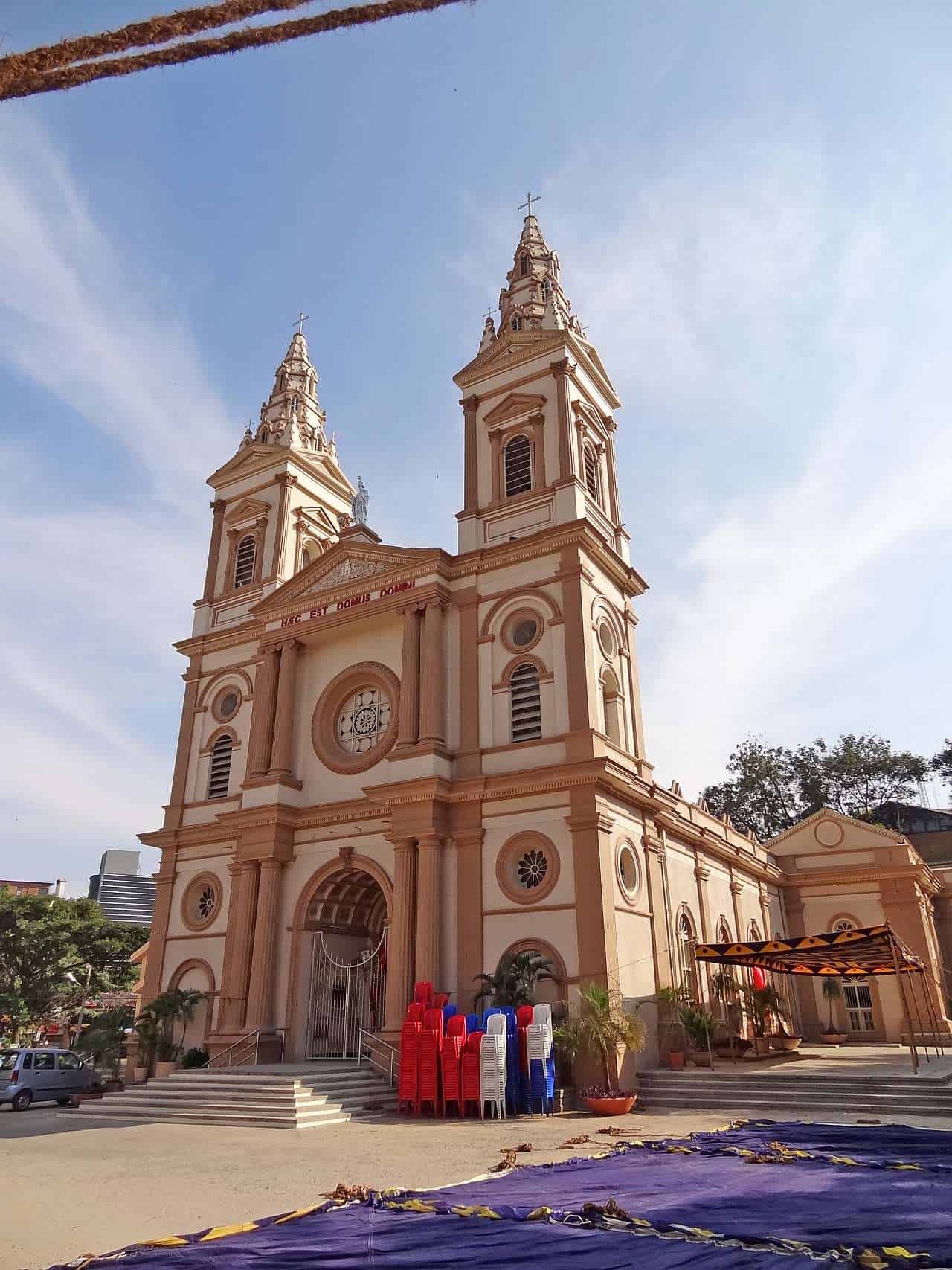 We had started the tour at St Patrick’s Church on Brigade Road in the afternoon. Father Adrian showed us around the church, the sculptures of the saints and the crib of baby Jesus in the Boys home. This gothic style Catholic church was built in 1841 and has twin bell towers. Inside, light streamed through stained glass windows, with a domed altar, flanked on one side by the statue of St Patrick, the patron saint of Ireland. In the olden days, the front seats were reserved for the British soldiers of Irish and the elite. We also dropped in on the choir practising Christmas carols. The harmony and exuberance of the singers was pleasure to listen to.

Catholic churches are noted for their grand decorations, especially the crib of baby Jesus and the thematic displays.

The All Saints Church on Hosur, barely a furlong away was built for Anglicans. Tucked away from the main road behind huge trees, the church looked like a quaint old stone cottage, with a pretty little garden on the sides. The insides were beautiful but simply decorated, with a tiny little crib and the five candles on an evergreen wreath, that signified the Sundays leading to Christmas.

Father Karunakaran talked about the history of the church. It was founded in 1870, by Rev. S T Pettigrew, who was also the founder of Bishop Cotton Boys’ School. He wanted to establish a church especially for British pensioners as the older St Marks church was crowded with British soldiers. 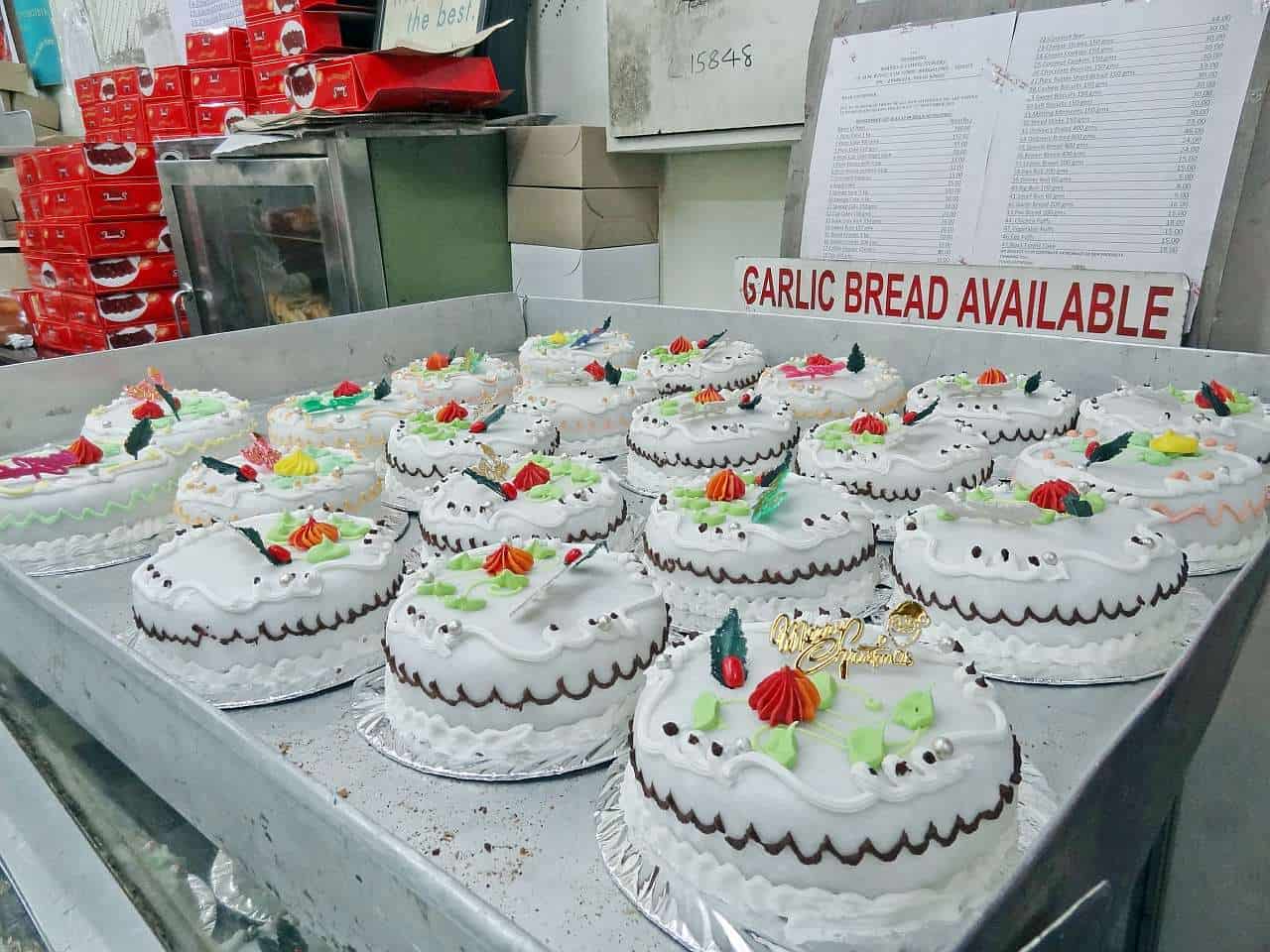 We stopped at Koshy’s for their plum cake, smileys and ginger tea. Koshy’s is always festive with Christmas decorations this time of the year. Its wildly popular plum cake is supposed to be based on a secret recipe and was marvelous!

Christina and Jatin Prabhu shared how Bangalore Blue, the eponymous grapes variety was grown in orchards just east of cantonment (current day Kammanahalli, Da Costa Layout and nearby areas). Wine was made locally and used for the plum cakes! 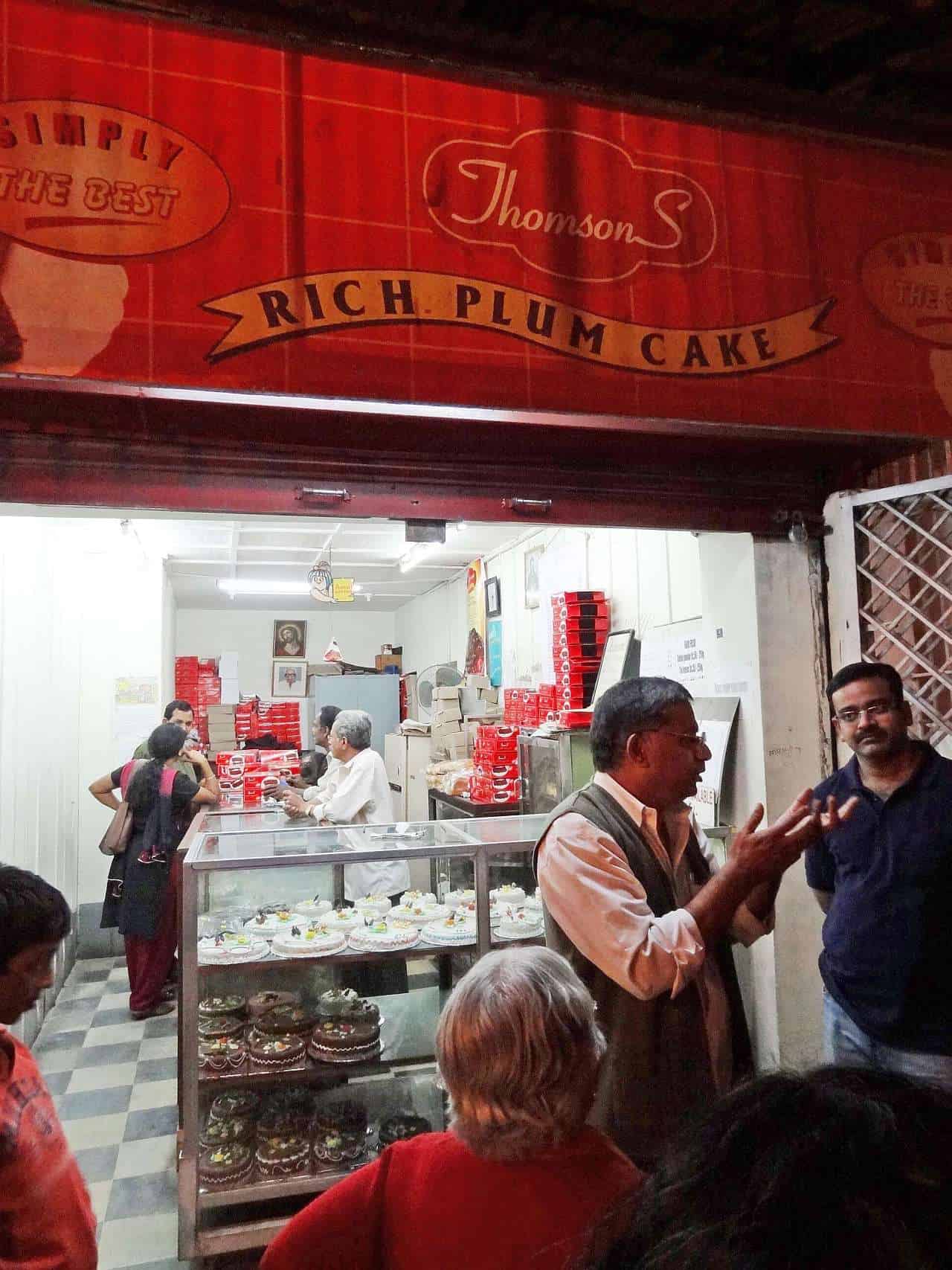 Thomson Bakery owner on the 50th anniversary of the bakery. Pic: Rajeev R

Thomsons Bakery, which coincidentally was celebrating its 50th birthday on Sunday is an old timer’s favourite, for its cakes and bread. George Thomas, the second generation of the family talked about the shop and their traditions.

We ended the day at Urban Solace cafe at Ulsoor Road. Christina and Jatin Prabhu had planned some entertainment for us – snippets from Hollywood movies on the Christmas theme, and some limericks and light verses from Jatin Prabhu. Stroganoff, home-made wine, and some home made turkey, courtesy Christina!

The most touching part of the day was visiting the elderly residents at the Home for the Aged managed by the Little Sisters of the Poor, Hosur Road. The sisters take care of elderly men and women, irrespective of caste, creed or religion, who are really in need of home, care and concern. Jatin Prabhu shared home-made cakes with the sisters and residents. 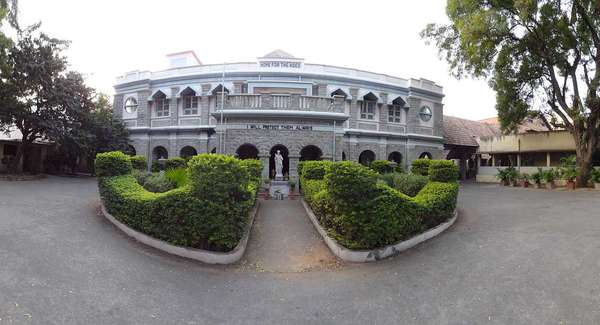 Wish you all a lovely Christmas and Happy New Year!

Voice of India exhibition- the world of haunting melodies

Voice of India exhibition at the Alliance Francaise transports the visitors to the world of haunting melodies and voices from the past, and presents a chance to revel in nostalgia.

Since 2011, the Rosy Pastor has arrived in Bangalore increasingly earlier than normal. This bird’s varied migration pattern correlates to changing climate.

From a tiny village: Bellandur’s century of change

A young resident of Bellandur looks into the history of his neighbourhood, and finds much to learn from.