This November, it’s Hindi cinema’s season of film launches. So first, there was an overdose of Shahrukh Khan and Katrina Kaif in promos for "Jab Tak Hai Jaan", and now Aamir Khan takes over with the release date for "Talaash" just around the corner. 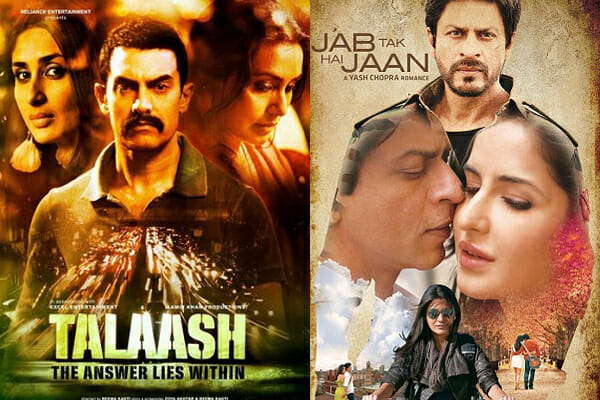 While it was Aamir who first set the trend of intelligently aggressive film promotion, other Indian filmmakers have been quick to join the bandwagon. "Jab Tak Hai Jaan" promos had Shahrukh on every English language television channel, and even holding forth in a keynote address at the Hindustan Times’ "Leadership Summit". The questions he fielded here from journalists included a clarification on why Shahrukh had set aside his rule of "no kissing" for this film and whether Katrina Kaif would prefer to work with Salman or Shahrukh. It seemed like more a than a slight deviation for a national newspaper’s discussion around the theme of "leadership"!

Yet in contrast to television, the English language print media has done a far better job of preserving the sanctity of debate in the public sphere. Here, at least, entertainment is most often treated as a feature story and not news – of course, making an exception for anything that happens in the Bachchan household!

But aren’t the print and television journalists reporting the news to the same audience? Then why do they view the news so differently?

Yet even in the print media, film news has graduated from the glossies of the 80s to find its place in our mainstream dailies – a reflection perhaps of the hold that cinema has always had on the Indian psyche. While this is not necessarily a bad thing, the more worrying trend is when cinema takes over all other spaces, replacing less sensational stories on politics, social development or economic frameworks that must be told.

Also, media coverage of new film releases is rarely in the interest of "news’ alone. In a climate where the success of a film is determined by its first week at the box office, most films have huge marketing budgets that fund their media blitzkrieg. Where does that leave smaller budgeted films that cannot buy media space with television spaces constantly feeding news to their audiences? More often than not, they find themselves marginalized.

Also absent from mainstream English language print and television media is cinema in other Indian languages. When Hindi cinema has made the leap to a pan Indian audience, other Indian cinemas have not followed. On one hand there is their own inherent mistrust of all things ‘English’, but equally significant is an inherent bias amongst the English language news media that does not seem to consider them ‘news worthy’. So while other Indian cinemas may have their own regional audiences, they always seem to be playing second fiddle to Hindi cinema on a national scale.

While low budget films or cinemas in other language could break their way into the national imagination, such stories are few and far between. After all, even a talented filmmaker like Kiran Rao had to be married to Aamir Khan before a script like Dhobhi Ghat could see the light of day!

What do you think? Is cinema today more about hype than substance? Post your comments below.

Movie Recommendation of the Week
Of all the books adapted into films, "Life of Pi" must have been amongst the toughest. While the film is a visual treat, it is also a multi-layered tale of many truths and a re-affirmation that it is perhaps man’s faith in the universe that finally makes the world go round. My rating: 4 stars.⊕

A bunch of runners from Bengaluru will be running 13 half marathons in 13 different cities across India. Read how Mera Terah Run is raising funds for three NGOs.