This month, new contractors will start garbage clearance work in 168 wards in the city. These wards are covered in 77 packages. Fifty of the 77 packages have gone to a single company, named BVG India Pvt Ltd. This company has also bid for extremely low amounts in most packages. In one case, its bid amount was 50% lesser than BBMP’s estimated amount. 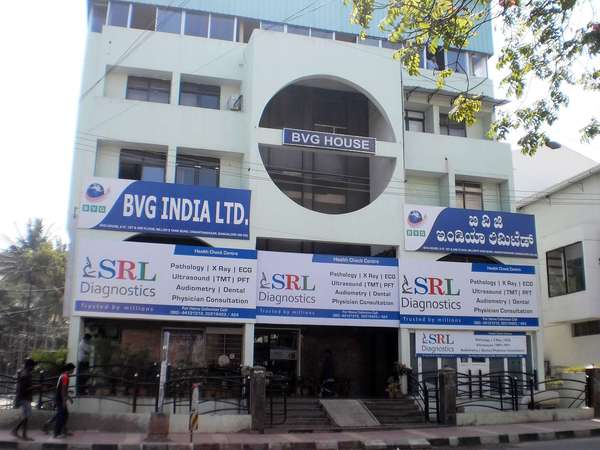 The corporate office of BVG India in Vasanth Nagar. This company won the highest number of garbage tenders in the city. Pic: Navya P K

But there is another story behind these low amounts – BVG seems to have far lesser machinery and staff than required. BBMP’s tender documents specify the number of staff and equipments required. BBMP officials have said that BVG’s resources are lesser than its prescribed standards. West zone officials have mentioned this in the document that BBMP Council approved. The city council had approved all tenders on October 30th.

Eleven of BVG’s packages are in BBMP’s west zone. In the document, the zone officials have said that the bid rates of BVG are very low in the 11 packages. In one case, the bid rate was about 35% less than BBMP’s estimated rate. Officials said that BVG did not have enough vehicles and staff to do the works for the 11 packages.

The document says that BVG has suggested some measures – such as, to have one tipper auto collect waste from 1000 houses. But this violates BBMP’s standard, of having one for every 600 houses. While BBMP standard is to have each pourakarmika sweep one km of road, BVG has said that its pourakarmikas will sweep 4.8 kms of road. BVG also said that there will be one pourakarmika per 300 houses, and that pourakarmikas assigned street sweeping work will also help with door-to-door collection.

This is not all. BVG has submitted an affidavit saying that if works are not done properly, BBMP does not have to pay the company. West zone officials had recommended that BVG can initially be given one package, and that based on performance, the other 10 packages will be given to it. But it was decided later that work on all packages will start simultaneously.

B T Mohan Krishna, Technical Advisor to the Commissioner, says, “Because of the current garbage situation, we have asked government to approve all packages. This is a service contract, as opposed to a works contract. So it is fine, as long as BVG can get the work done, with whatever resources it has.” Mohan Krishna is in charge of the tender process, at BBMP’s head office.

BVG and other winning bidders have all got LoAs (Letter of Award) from BBMP already. LoA is a written confirmation to contractors that they have won. Now contractors have to submit an implementation plan. BBMP has to approve this plan, and then sign an agreement with contractors.

“BVG is yet to submit its implementation plans. As per these plans, if they seem capable of doing the work, we will sign the agreement,” Mohan Krishna says.

BBMP is also awaiting state government’s approval for the tender process. These approvals are likely to come about soon, since there is pressure from the High Court or Karnataka on this as well. In the November 6th hearing of a PIL on garbage disposal, High Court had directed the government to approve the tenders within two weeks.

No new contractors for 30 wards yet

There are 91 garbage tender packages for the entire city. Each package covers 1-3 wards, and tenders are for three years. Of the 91 packages, two are stuck in court. Hence in September, BBMP had called tenders for remaining 89. Of these, 77 were approved in the BBMP Council session of October 30th.

The 12 unapproved packages have been re-tendered now. Some of these packages had not gotten any bidders at all, while a few had bidders quoting either too high or too low prices; some bidders were disqualified for technical reasons.

BBMP has floated new tenders on November 5th. November 16th is the deadline for contractors to submit bids.

The packages that are being re-tendered are:

Below are the list of the 77 approved tenders, names of contractors, and the amount BBMP will pay them for waste management every month.

What did Jaraganahalli ward get in last five years? How much money was spent? What are the complaints of the residents?

Street plays are perfect vehicles for political protest. Plays by three college groups at the Ranga Shankara Theatre Festival last week won applause, sometimes for clever lines and at other times for their message

Spread over 30,000sq feet, has around it 500 varieties of plants. With temples, open yards and trees, it takes you to a place which seems to be away from the city.