Over 2.4 million (24 lakh) people in Bengaluru face the prospect of severe water shortage in the near future, a study by the Department of Mines and Geology has reported. In fact, going by the growth in population of the city and the water requirement per person per day, the city harbours about 2.2 million (22 lakh) more people than there is piped water to supply them. This is before the commissioning of the Cauvery Water Supply Scheme’s Stage IV, Phase 2, project. This project if it meets the target of 500 million liters a day (mld), will marginally improve the situation, provided growth of city’s population stagnates at current levels.

As per the 2011 Census, the population of Bangalore urban district grew by a whopping 46 per cent from 65,37,124 in 2001 to 95,88,910 in the last decade. This is by far the fastest rate of growth for any city in India. It also means that the city faces unprecedented challenges with respect to infrastructure and amenities. 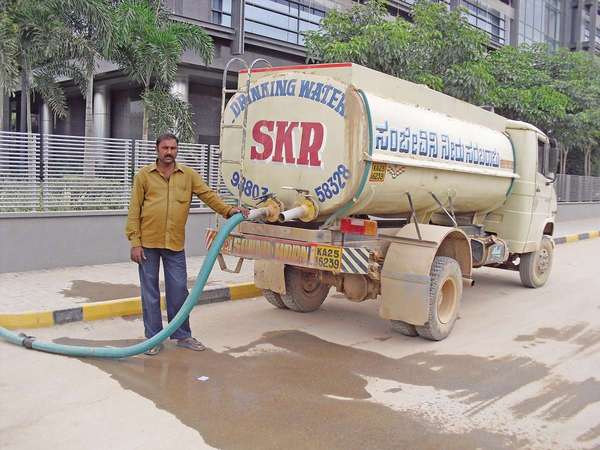 Of all the amenities, water is the most critical. Unfortunately, it is also the resource most taken for granted by citizens as well as administrators. The study, by G V Hegde and K C Subhash Chandra, both geologists at the Mines and Geology department, shows how the situation can spin out of control if the current scenario persists.

Over-exploitation of groundwater, poor recharge of ground water due to a mosaic of concrete structures and asphalt roads, wastage of available water, usurpation of lakes by layouts and real-estate development, shrinking of the rivers that supply water due to encroachment and silting, non enforcement of water harvesting and recycling initiatives; all these factors in combination can lead to an explosive water shortage situation.

The demand for water is calculated at 140 liters per day (lpd) per person. For the current population, the requirement works out to 1,342 million liters per day (mld). Capacity of water from the Cauvery (Stages I to IV, Phase I) and Arkavathy (Hesarghatta and Tippagondanahalli reservoirs) river sources works out to 975 mld. Conveyance and other losses reduces the effective supply by 30 per cent to 682 mld. The shortage therefore works out to 660 mld. 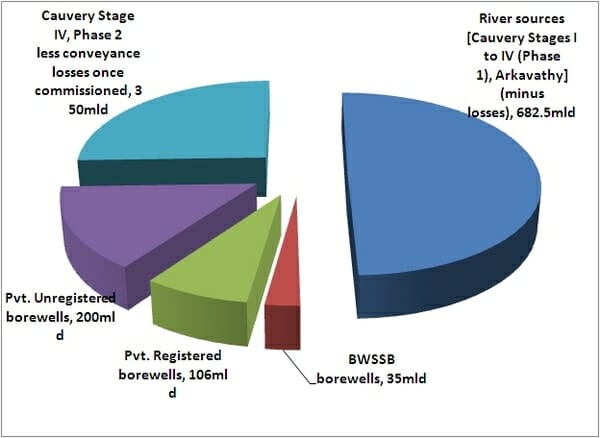 Taken together, the overall supply of water from the cauvery river as well as ground water sources to the city is at 1023 mld. On a total demand of 1342 mld, that still leaves the city with 319 mld less than the requirement or over 22 lakh people without their average quota of water.

The picture looks even more grim when we take into account the groundwater recharge.

The Mines and Geology department study estimates the current groundwater recharge scenario. Using standard estimation methodology, the rainfall infiltration to groundwater aquifers is considered at 2 per cent for built-up area (concrete paved areas and asphalt roads) and 6 per cent for open areas. For Bangalore this amounts to the equivalent of 25 mld and 33 mld respectively for built-up and open areas for a normal annual rainfall (NAR) of 830 mm over 800 sq km. Recharge from 96 perennial tanks is considered at 25 mld. (To avoid confusion annual rainfall infiltration has also been tabulated into million liters per day and so has the recharge from lakes.) Then there is recharge from 721 mld sewage load that the city discharges. One per cent of this is taken as the recharge which amounts to 7 mld.

Therefore total recharge of groundwater from all these sources is about 90 mld. Against a withdrawal of 341 mld from the ground, the recharge is 90 mld. In other words, the current overdraft of water from the ground is a massive 378 per cent!

Not surprisingly, it is because of this substantial withdrawal of groundwater that all the three aquifer systems serving Bangalore are classified as “Over Exploited”. Moreover, the granite and BGC aquifer systems for Bangalore Rural have reached a “critical” stage, according to the study by Hegde and Subhash.

How long can this be sustainable? If these aquifers run dry, another 24 lakh people are under risk of severe shortages. 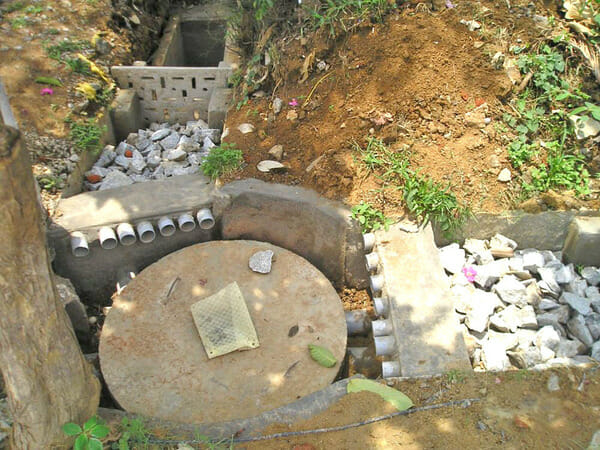 What do the scholars recommend?

The study recommends that the 467 mld of storm water which is currently being drained along with sewage, if it is protected and conserved, can take care of the requirements of about 23 lakh people. Further, if at least 70 per cent of the sewage load is treated up to the tertiary level and recycled, it can take care of the needs of another 26 lakh people.

It also recommends that groundwater aquifers should be allowed to revive and should not be exploited beyond 60 per cent of its annual recharge. Groundwater should in fact be a stand-by resource and not the main source of supply like is being used today.

According to the CGWB, there is an urgent need for sustainable and scientific management of groundwater resource. It recommends construction of artificial recharge structures in areas covered by over-exploited aquifers.

The geologists also recommend an umbrella agency to monitor/coordinate and to provide capacity building in rainwater harvesting and artificial recharge schemes being implemented by various agencies, NGOs/ VOs, industries, commercial establishments etc., since many of the implementing agencies are not having the scientific background nor knowledge base for effective implementation and at times there is a duplication of work by different departments.

This week’s scan of Bangalore’s Kannada dailies includes reports on the state pollution control board issuing notices to errant factories and hospitals, car users spending half the day on roads and more.

BBMP doesn’t have the count of illegal hoardings in the city, and there’s no one to spot them too. Some advertising agencies continue to host ads without paying BBMP, even as disputes are in court. In effect, BBMP is not earning as much as it should.