Some disciplines, like health and education, call for special attributes over and above technical skills and expertise — compassion and upholding the sanctity of life, in medical professionals, for example, and a strong commitment to value systems and ethics, in educationists.

In a city known globally as a hub for information technology, with several prestigious institutions like the IIM and National Law School, Bangalore University’s (BU) reputation is now taking a severe beating with reports of unsavoury goings-on in recent weeks.

Bangalore claims perhaps the largest number of qualified Indian professionals working in the US, and also a large population of students pursuing enrolled for higher education courses. (We have an NRI parents association in the city, testifying to these numbers). 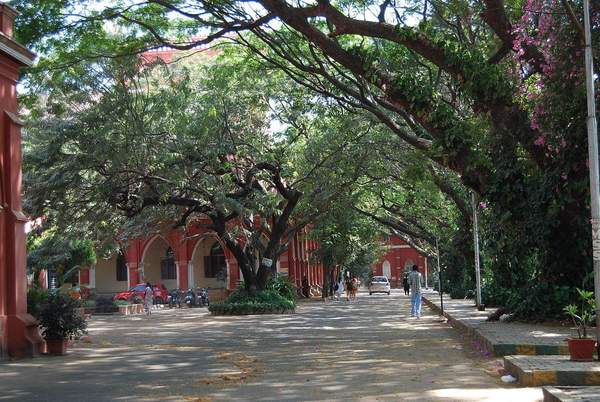 The developments and goings-on at Bangalore University are relevant here because admissions for American university courses are decided on the basis of not only GRE scores and percentages but also the institution from which the applicant graduated. Someone from the IITs, for instance, gets a higher evaluation compared to someone with the same degree from a university. If BU’s reputation plummets, thousands of students passing out of here and applying abroad, will see their chances eroded.

The Vice chancellor and Registrar had a long, on-going feud, and now the former has made way for a new incumbent while the latter is still making news for the wrong reasons – confrontation with law enforcers, over land grabbing allegations, etc. After the reports about a rape incident in early October, there were arguments about whether the university authorities could disclaim responsibility for initiating investigations into the incident because the victim was from a different campus. This has further eroded the reputation of the university that claims over 4.5 lakh students in its enrolment.

In addition, examinations for courses in distance education have been delayed inordinately for four months (thereby foreclosing the chances of these students applying for further courses before the academic deadlines).

There have been allegations that the course material for these courses were supplied just 20 days before the examinations, and were also inadequate. Reacting to this, the university has declared that course material will not be supplied from next year, though the fee structure will remain the same.

All of which adds up to a sad scenario, of education becoming anything but a pursuit of knowledge and excellence. Universities are supposed to be temples of higher learning, and their reputation fashions the future of thousands of students, not just in terms of expertise and qualifications but also the inculcation of strong and impeccable values, morals and ethics. They are supposed to add up to an overall template for a lifetime of decisions and lifestyles, imparted along with book learning.

What examples are the authorities, the Vice chancellor, Registrar and those responsible for the safety of female students on campus, setting for the younger generation?

The stink and rot is not just in the heaps of garbage piling up around the city, it is also in the developments at the university. And since the university is at the top of the pyramid of education, with schools and colleges leading up to the portals of what ought to be a hallowed campus, we need to ensure that what needs to be done, is done. And done fast, before the university’s reputation gets embedded globally as "less than exalted".⊕

Government’s COVID response has failed to recognise the migrant worker as human. While the workers are treated like criminals, the real culprits behind their plight go scot-free.

‘Samarthanam is a part of me’

He has created opportunities for the visually impaired to ensure they have a fair chance in the society. He believes that they can reach every rural pocket in the country.

16 things to get right with Bengaluru’s public transportation

How can the humble bus or the local train be made attractive to Bengalureans? From ensuring seats to creating apps, a lot needs to be done for this. Here are some pointers