BBMP has booted out a senior forest officer, on the ground that he was too expensive – the expense being an additional Rs 5 lakh per year. Brijesh Kumar, IFS, was deputed by state government to BBMP, to take care of lakes, horticulture and forests, since these resources are in a sorry state. Government had created the post of CCF (Chief Conservator of Forests) in BBMP, and appointed Kumar on May 17th.

On October 17th, just as he completed five months, Kumar was relieved of his charge. BBMP’s Standing Committee on Establishment and Administrative Reforms had made this decision in August. 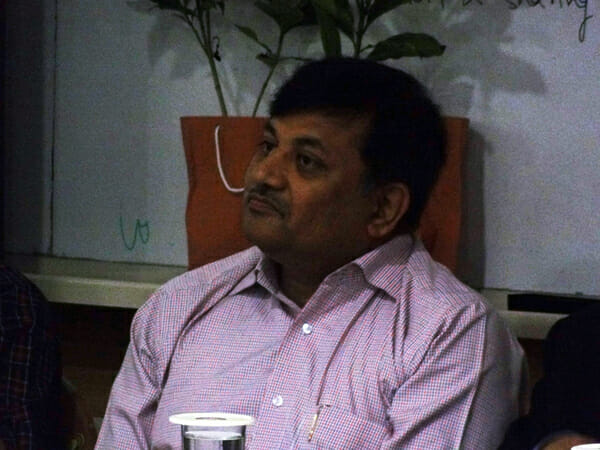 They had passed a resolution saying that the CCF post was unnecessary, and that Kumar was doing too little work. But looking at Kumar’s work record, he may have been doing too much. He had created a policy for lake management, submitted DPRs for developing 14 lakes, created list of all parks, and also exposed irregular spending in park maintenance.

This case is similar to that of BMTF chief Rajvir P Sharma, who was asked to leave for actually doing his job. But unlike Sharma, Kumar says that he does not plan to challenge the transfer order. "I’ll lose peace of mind," he says. Kumar has not been assigned to any new department yet.

Along with relieving Kumar, BBMP has also scrapped the temporary position of CCF that government had created for one year. CCF, an IFS position, is one of the senior most positions in the state Forest department. While there are only 17 CCFs in the state who work directly for the Forest department, 30 other CCFs are deputed to top posts in bodies like LDA (Lake Development Authority), KSPCB (Karnataka State Pollution Control Board) etc.

Before the appointment of Kumar, the highest ranking forest officer in BBMP was Deputy Conservator of Forests (DCF), a non-IFS, district-level position. Since one DCF position was vacant, government had upgraded it to CCF. While BBMP DCF manages trees alone, Kumar was in charge of trees, 937 developed parks, about 200 undeveloped parks, 55 lakes and Rain Water Harvesting (RWH). CCF also has power to sanction tenders of up to Rs 20 lakh in BBMP.

Kumar’s annual salary is Rs 13 lakh, which is only about Rs 5 lakh more than that of the original DCF position. This is a paltry sum compared to the Rs 250 cr that BBMP has allocated this year for lakes, horticulture, forests and RWH – the departments that Kumar heads.

V Vagish, Chairman of the Standing Committee that passed the resolution, says, "There are no forests in BBMP; forest officers are needed only for tree cutting. So an IFS rank officer is not needed here." He says that existing officers are already doing their job well. But the real reason seems to be a fear of losing control. Vagish says, "The officers deputed from state government are not accountable to us. They do whatever they want, and we cannot question them."

Now that the CCF post is scrapped, there is no chief in the horticulture department. This department used to be headed by a Joint Director, a position which has been vacant for over a year. It is being headed by zonal Horticultural Superintendents now. The lake department will go back to being headed by a Chief Engineer, who is from engineering background.

"Managing live resources requires knowledge and experience; hence the government order for CCF post. Even if I am transferred, the position should not be scrapped," says Kumar.

Ironically, on October 17th, BBMP wrote to government to depute another senior forest officer. BBMP Commissioner Rajneesh Goel says that a CF (Conservator of Forest) may be deputed. CF is also an IFS position, but is ranked below the CCF and above DCF. It is not clear what benefit this would bring about. "The Standing Committee has decided that CCF position is too senior for BBMP. What can I say about that?" said Goel. He refused to comment further.

What did Kumar do?

After taking charge, Kumar had created a draft policy for lake development in the city, a copy of which is with Citizen Matters. This policy focuses on citizen participation in lake protection; it calls for the creation of registered local societies to take care of each lake.

Lake users – including washermen, fishermen, residents nearby – can be members of the society, along with NGO and BBMP representatives. The society can take decisions and manage lakes, while BBMP can do periodical maintenance. He had shared the draft policy with some citizens and environment associations. The draft policy would have soon been floated for comments from public, says Kumar.

Kumar found that about Rs 21 cr was spent for park maintenance irregularly since 2010-11. Work orders were not issued in the case of many parks.

He also submitted a report on irregular spending on park maintenance – it says that at least Rs 21 cr may have been spent irregularly for the last 2.5 years. This was because no tenders had been floated since 2009-10 for park maintenance. Like in the case of garbage contracts, these tenders were also delayed.

Except for a few parks in West, Bommanahalli and Mahadevpura zones, the tenders were extended . According to rules, while extending such tenders, extension work orders should be issued by Horticulture Superintendents.

"In most cases no work orders were issued. Work orders specify what work has to be done, and the estimates for it. In the absence of these, contractors can claim bills without doing any work, and can claim any amount," says Kumar.

The report says that bills were paid as and when contractors presented them, and that many of these could not be tracked. BBMP has no consolidated data on the amount actually spent.

On October 10th, a day before he got the relieving order from BBMP, he had submitted the report, asking for spending of Rs 21 cr to be ratified. Kumar had also started discussions about floating new tenders. Park maintenance is, in fact, supposed to be tendered annually.

Kumar has also prepared DPRs (Detailed Project Reports) for development of 14 BBMP lakes. These DPRs are with Lake Development Authority (LDA), and are pending its approval. "The last time LDA approved BBMP lake DPRs was four years back, in 2008, for 16 lakes. I have also prepared a list of all parks in the city, which is displayed in BBMP website now," says Kumar. BBMP had identified only 721 parks previously, while Kumar’s new list on BBMP website shows 937 parks.

Kumar has been informally pursuing the issue of his transfer in government circles. "It is not clear if BBMP Commissioner has the power to override a government appointment. Some government sources say this is not possible," he says.

Goel’s order has cited opinion from BBMP’s Legal Cell. It mentions a Supreme Court order that municipality is an autonomous body and that government cannot override it regarding service conditions of employees. Kumar, on the other hand, says that KMC Act gives the Commissioner powers to approach the government if he is unhappy with a committee resolution. It remains to be seen if there would be any rethink from the government or BBMP now.⊕

The nineteenth century paintings and sketches lost to neglect have now been painstakingly restored. If government machinery works fast enough public might get a glimpse of it soon.

Who does Agara lake belong to?

What does public property mean to different people in the city? Using the Agara Lake as a case study, Dr Rohan D’Souza, from the Ashoka Trust for Research in Ecology and the Environment (ATREE) explores these very notions of Urban Commons.