Filmmaking is a hard profession to break into. But after more than a decade of documentary filmmaking the transition is rather smooth, especially when the subject is as exciting as a little girl in ladakh and her efforts to go to school. Priya Ramasubban, who calls herself a storyteller has made films for National Geographic, Discovery, History Channel and other major international broadcasters. She is now raising funds to make her first ever feature film ‘Chuskit’ based on the children’s book ‘Chuskit goes to school,’ published by Pratham Books. 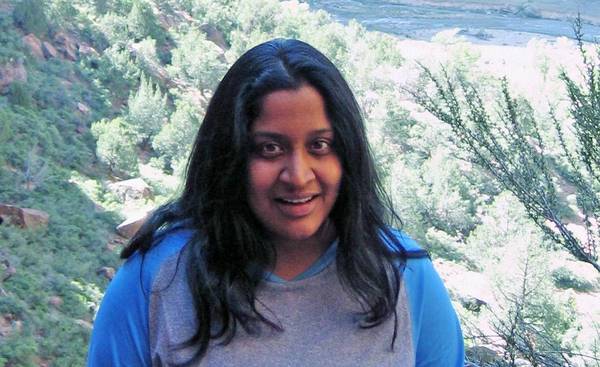 The book is authored by Sujatha Padmanabhan and is inspired on the work of Vidhya K Ramasubban’s work in Ladakh. Vidhya is also Priya’s sister.

In an email interview, this Bangalore based documentary filmmaker talks about why Chuskit’s story inspired her to change tracks, even if temporarily, on crowdfunding and on audience reaction to niche films.

You have been a documentary filmmaker all along. Why a feature film now?

I love making documentary films because I get to travel all over the world, meet people whom I’d never have crossed paths with and tell the stories that are based in reality! It is a very intimate way of getting to know the world around me, and to pass on those stories through my work is very special. But this story is better told in a feature setting, because the plot and characters here call for the telling of the story in the present tense. In the end I am a storyteller and, in this case, the form I use to tell the story is not as important as how effectively the story is told.

Is this a film for film’s sake- expression of artistic, creative urge etc., or do you hope to send out a message with this film?

Definitely a bit of both! I’ve never made a fiction film though I have done a lot of recreations for my documentaries about historic figures or events in history. And so jumping into the fiction world is really new and exciting for me. But I wouldn’t have done a feature film if it didn’t have a larger meaning or if I didn’t think it was going to push the envelope in some way.

It is such an uplifting film and yet isn’t frivolous; it has depth but doesn’t drag the spirit down, it challenges our notions but doesn’t doesn’t disparage or glorify any notion in the process and it deals with important issues but is not didactic. There is so much going for this film!

Tell us a bit about your crew.

For this initial shoot I am going to work with my good friend and ace Director of Photography (DoP) Paul Kirsop. We work really well together and he’s super talented… so that is going to be wonderful. Another good friend of mine, who is an Emmy Award-winning editor, has offered to edit. But we have to work out schedules to see how this will pan out.

Almost all of your cast is local, do you plan to hold acting workshops for them?

Vidhya has lived and worked in Ladakh for more than a decade so she is very clued in to the local scene. We have met some of the key theatre personalities there and they are already scouting for all the characters we need for the film. We may involve someone from Mumbai or Delhi as well for a casting workshop and finalise the actors for the film.

The crossover from documentary to feature – how easy or difficult is it?

There are things that are very different — the money you need, the number of people on your crew, the writing of a screenplay versus writing a script/treatment, having to direct actors, the scale of post production, figuring out the distribution of the film, etc. I don’t see it as easy or difficult. I see it as different and hugely exciting!

What are the key differences or challenges when you make a feature film vis a vis documentaries?

Scale is one thing I think I will have to get used to. I work with small crews — maybe 5 or 6 of us at most times. Myself, DoP, Assistant Cameraperson, Sound Recordist, Associate Producer and a Location Coordinator. If we have to do elaborate recreations with actors as such, then we have more people, but still nothing on the scale of a feature film set. Also there is an element of spontaneity on a documentary shoot that doesn’t happen much on a fiction film shoot.

On a fiction set, the fly-by-the-seat-of-your-pants moments will be fewer.

Chuskit is an expensive film. Are you confident of raising enough money for the film? How has the response for your fundraising efforts been so far?

We are going to shoot in some harsh weather in some remote, rugged terrain with equipment that is not locally available. The story calls for this and nothing is frivolous expenditure, it is very bare bones actually. But yes, it is going to take quite some money to make this film. But it will be worth it!

We’ve got so many people pledging for this film and many of them have written in to say how touched they are by the story, so we are feeling quite overwhelmed by the support and are pretty confident that we will be able to garner more support.

‘Chuskit’ tells the story of a 6 yr-old prankster living in a remote village in the mountainous region of Ladakh. Followed by a posse of bright-eyed girls who play and fool around in an idyllic setting among snow-capped mountains, Chuskit can’t wait to be old enough to go to school the next year. In a sudden twist of fate, she falls down an icy mountain ledge and becomes a paraplegic. Living in rural Ladakh, in rugged terrain where life is bound by the dictates of extreme weather, life for Chuskit and her family becomes complicated. The twists and turns her life takes, spurred by her burning ambition to go to school and her eventual mental triumph over her handicap forms the rest of the story.

Go here, if you want to contribute to the making of Chuskit.

Do you think crowdsourcing could be a way of raising funds for films, from now on? (There was the film I am, sometime back and Kannada film Lucia is in the making)

I am no expert on things relating to money or predicting trends! I know for me this seemed like the way to go initially at least. More and more people want to become part of interesting, creative and independent projects. And many people have spare change that they want to throw in to be a part of something larger than themselves. The trick is to reach those people.

How do you plan to handle the release of the film, Chuskit?

Once we make the film, we will definitely want it to do the international film festival circuit besides being released in India. The details will need to be worked out. For now, we have quite a few steps to go before we get there.

You have traveled quite a lot for your documentary films. Which are the most memorable ones?

If I had to pick (and I have been thinking about this for at least 10 minutes now) I’d say my shoots in Gaza would have to be at the top of the list. I was there a couple of times during the second intifada and the proximity of life and death there was so palpable and heightened that everyone I met seemed to be living their life to their fullest knowing that there may not be a tomorrow for them. And it is strange for people to hear me say this, but I have never felt more ‘alive’ than when I was there.

Our fundraising efforts are going well so far. We hope to raise enough to do this winter shoot. Some of the footage will be used for the promo/trailer and all of it will be used to edit the full film after we do the summer shoot. We’re raising money through a website where there is more information about the film and the financial goal we need to meet in order to get this project off the ground.

Shooting on top of the world’s third largest fresh water glacier, Perito Moreno, in Argentina; opening up the box in which the mummified remains of Tutankhamen’s unborn foetuses were kept unopened for more than 50 years; watching the sun set from an archaeological ruin in Northern Syria; my first glimpse of the amazon from an airplane; having tea in an old lady’s hut in Inner Mongolia; filming deep inside an obsidian cave in Mexico…there are so many wonderful memories. I’m going to add some from the Chuskit film to this list… I know that for sure!

There has been much talk about having screening venues for documentary films. Barring a few efforts like film festivals or news channels allocating time slots, nothing much has happened. What do you think needs to be done?

A well-made documentary film can hold its own in a regular theatre, there is no need for a different venue for it. We need to develop a culture of watching documentaries. But the good news is that that viewing culture is changing over the years. Earlier, when I told people I make documentary films, their faces would cringe almost as if they were sorry for me. But now they ask me ” what kind of films?’ And when I tell them, they say “Oh wow!”

Most people watch non-fiction on TV, if more documentary films are made with the same rigour — in terms of storytelling, character development, craft and art — as fiction films, more people will watch them in theatres.

What do you think about Bangalore and niche cinema? Does the audience have the sensitivity to appreciate it?

I can only venture a guess here, that people in India like overarching, universal themes and most people like things to be black or white, when it comes to films. There isn’t much appreciation of grey. People also don’t like uncertainity / ambiguilty at the end of the movie. We have too much of that in our real lives and could do with some certainty when we escape to the movie halls! So even if a film deals with niche subjects but fall broadly under these parameters it will probably do well!

Of course there are always discerning audiences who see film as an art form and have developed a taste for different kinds of films. We just need to keep exposing people to various types of cinema and soon there will be more and more people who can see and appreciate a variety of films.

Do you plan to make more feature films?

Oh gosh…I have no idea if I’ll make more fiction films. For now, I’m going to do this one. Let us see where that takes me. I will always want to make documentary films, but increasingly I am making shorter films for non-profits and for issues/causes. And these go on websites and it seems more accessible to people interested in the subject. It is having more of an impact and that seems to be the way for the future.

“Footpath Mel Hogi”. But how?

Footpaths are being put to various other uses than what they are meant for, to be a walkway that is safe and away from the constant traffic.

His approach seems to make the very essence of one key aspect democracies worldwide — political parties – standup on its head. The founder of Nav Bharat says his organisation is going candidate-centric to make crooks lose elections.