Over 125 robotic surgeries have been performed in Manipal Hospital in the last one year with an average of 15 surgeries per month. Dr Somashekhar SP, HOD of Surgical Oncology and Robotic Surgery dept, Manipal hospital, says, "The robotic surgery is very popular now because there is rarely any chance of a scar after the surgery. Also there is minimal blood loss. This kind of surgery is very useful in cases of intestinal and thyroid cancer."

He also adds that the patients are not restricted to India. "We have patients from various countries like Malaysia, UAE, Dubai, Thailand and many more. Bangalore is on the verge of becoming the center for this type of surgery," he informs.

Be it the recent robot assisted surgeries, stem cell transplants or even open heart bypass, Bengaluru is not far behind when it comes to using science and technology for saving lives. Many speciality and multi-speciality hospitals have successfully tried innovative ways to make the treatment procedures much painless, scarless and more effective. 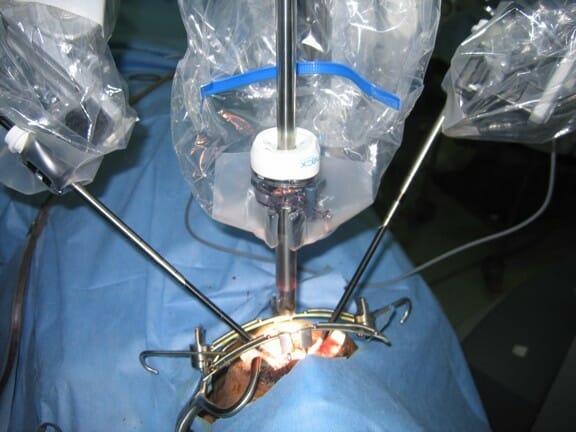 India’s first robot assisted thyroidectomy was performed on a 20-year-old girl, suffering from a thyroid tumor. She was discharged on the same day of the surgery and had no scars on neck or face. Due care to the vocal box and parathyroid glands was ensured. With minimal blood loss, pain and discomfort, she was able to resume to normalcy and work within 3-4 days.

With robot assisted surgery, the thyroid gland can be operated without leaving any scar on the neck, without injuring the recurrent laryngeal nerve that helps in speech and small parathyroid glands that maintain calcium balance in the human body.

Robot assisted thyroidectomy helps in precise dissection of the area to prevent injury to the vital structures and organs and provides potential benefits of a gasless, endoscopic transaxillary approach. 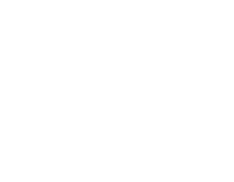 Osteoarthritis (a progressive disorder of the joints caused by gradual loss of cartilage and resulting in the development of bony spurs and cysts at the margins of the joints) is the cause of the pain, erodes the cartilage that acts as a cushion between bones in knee joints, causing inflammation and pain in joints. Knee Resurfacing is designed to replace much of the function of the cartilage that has been lost due to the disease.

This surgery also offers a cost effective treatment for early and moderate arthritis of the knee joint. The major advantages of this surgery include its early rehabilitation which helps patients to return very fast to normal daily function and life style. It allows patient to squat and sit cross legged.

Dr Chandrashekhar from Fortis Hospitals, says "The knee resurfacing implant is a unique, minimally invasive device composed of cobalt-chrome alloy. Its geometric design allows it to fit the natural shape of the knee joint and allow full articulation and retains the biomechanics of knee to normal." He also adds that it comes in a range of sizes to fit patient anatomy. It is a treatment option which bridges the gap between injections and total joint replacement.

Fortis Hospitals introduced this surgery for the first time in Karnataka.

Conventionally, bypass heart surgery is done using general anaesthesia. But there are conditions when that is not possible. According to heart surgeon Dr C N Manjunath, a 55-year-old patient was suffering from chest pain and his coronary angiogram revealed multiple blockages in the three arteries. He had suffered from pulmonary tuberculosis 10 years ago and as a result, his lungs did not function properly.

In this situation, he could not be given general anaesthesia and artificial ventilation. Hence, he was subjected to bypass surgery on epidural spinal anaesthesia without using any ventilator. Throughout the operation, the patient was conscious and alert, but did not experience any kind of pain.

Recently, Jayadeva hospital conducted this particular surgery without general anaesthesia. Jayadeva also has the distinction of performing an open heart surgery on a 26-day-old baby successfully.

Decoding the brain – cure for seizures

Wracked by seizures from the time when he was only six months old, this patient was pulled out from school by his parents. His seizures made it impossible for him to play and study like other children. A surgery to ‘disconnect’ the seizure-causing part from the rest of his brain was all that it took for Dr Ravi Mohan Rao, a Senior Consultant Neurosurgeon at Vikram Hospital to restore the patient’s childhood.

"The boy had a developmental malformation of the brain which was causing seizures. He was having 50 – 100 attacks a day, sometimes unnoticed by his parents or teachers because the symptoms are not visible," says Dr S Raghavendra, Consultant Neurologist and Epileptologist at the hospital’s Comprehensive Epilepsy Care Centre.

Although epilepsy surgery is complex, the treating team of neurologists and neurosurgeons follow a straightforward set of principles. The strategy is to identify the area of abnormally discharging neurons or the ‘seizure focus’, and to remove it when possible. In patients without a well defined epilepsy focus, surgery can still help, by disconnecting or isolating the abnormal area so that seizures no longer spread to the neighboring normal brain.

A 64-year-old patient, from Bangalore  was diagnosed with Hepato Cellular Carcinoma (a tumor derived from parenchymal cells of the liver) and his condition was critical. Dr. Sanjay Govil, Liver Transplant Surgeon, HCG, said, "The patient had began to notice a feeling of abdominal fullness and loss of appetite since April 2012. An ultrasound scan detected large tumor in the liver, in the size of a large melon that was in the centre of his liver. The tumor was awkwardly situated at a site where it partially obstructed all three hepatic veins that carry blood out of the liver towards the heart."

He added that any attempt at trying to remove the tumour by standard surgery would result in profuse bleeding from these veins that were likely to be injured while removing the tumour. The procedure adopted was to remove the liver from the patient’s body so that it could be washed in a preservative solution (HTK solution) and keep it in ice so that the liver could survive a number of hours without blood flow.

"We therefore chose this approach – called ‘Ex-vivo’ resection – literally meaning ‘out of body’- also called ‘Bench Surgery’ (because it is done on the bench next to the patient) and ‘Auto-transplantation’ – the patient’s own healthy liver is transplanted back into his body," he explained.

They were able to perform the operation safely with very little blood transfusion. Ex -Vivo resection (also called auto liver transplantation) is performed in the specific instance where the tumour involves either the veins draining the liver or the main vein draining blood back to the heart – where considerable blood loss is anticipated.

Cure of a rare hip infection

A 3-year-old girl from rural India with a complex hip infection is now able to walk after a successful surgery by doctors at Columbia Asia Referral Hospital – Yeshwanthpur in Bangalore. A group of doctors at the hospital, led by Dr. Harish Hosalkar from Rady Children’s Hospital in San Diego, California and Dr Kamini Kurpad, a pediatric orthopedic surgeon from Columbia Asia, completed the surgery.

The girl had an infection from infancy that had deformed her hip joint, making it impossible for her to lead a normal life. Because of the condition, sequelae of septic arthritis, she had a limited movement in her hip and could walk only with a limp.

During the surgery, the doctors deepened the the socket of her hip joint and redirected the head of the thigh bone into the deepened socket. They also fixed the neck of her femur to help in the remodeling of the joint. The surgery helped keep her hip stable, improve the range of motion and decrease her limp.

After five days, the girl was discharged while in a cast and advised to undergo physiotherapy to aid the recovery of her hip movement within six weeks. Her family could not afford medical care, and the doctors performed the surgery for free.

According to the doctors, he is now symptom-free and leads a healthy, productive life. "Stem cell transplant is not new. However, now it’s becoming more accessible. This was our first stem cell transplant," Dr Sathish said.

The operation took place at Columbia Asia Hospital at Yeshwanthpur.

Many such hospitals in Bengaluru are have state-of-the-art procedures in making treatments less painful and more effective.
⊕

Ola, Uber may have changed city commute, but all is not well

In the first part of cab aggregators series, you read about how the lives of cab drivers has changed and the profit they make with the advent of taxi aggregators like Uber and Ula. Here is the second part on how commuters are reacting to the changes in commuting

Praveen Sood discusses solutions for traffic woes in the city