Slayer – an American band, is one of the big heavy metal bands around the world. It will be holding its first ever concert in India on October 20, 2012. But there will be no Palace Grounds to welcome them. Government put a ban on the commercial activities at Palace Grounds in early August this year. Instead, the band is performing in Bharatiya city, a 125 acre township in Hebbal.

Naina Roy, a Fashion Designer from HSR layout, says, "The big daddies of thrash metal – Slayer is playing on October 20 in Bangalore. I am a big fan, but I cannot make it as the venue – Hebbal is way too far. It is almost double the distance for me from Palace Grounds to Hebbal."

Prarthito Maity, a Koramangala resident and a rock band member, says, "I wonder how all the Slayer fans will be accommodated. A band with three Grammy nominations, winning one in 2007 and again in 2008 for Eye of the Insane and Final Six, respectively, deserves a full house and Palace Grounds was the best option for that. I guess a lot of fans will be missing out on the opportunity just because the place can’t fit all of them." 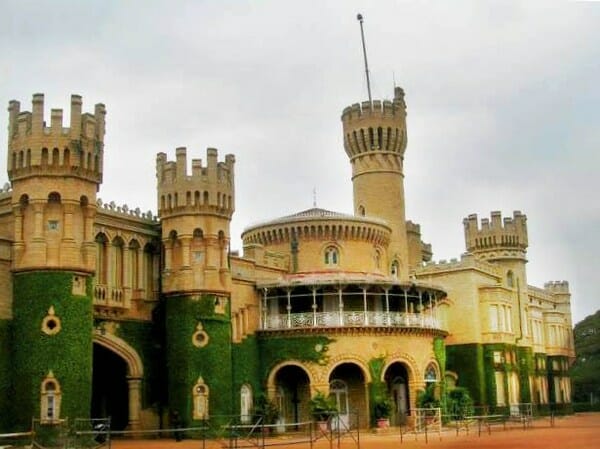 The Palace Grounds, which has been the hub of several activities like concerts and commercial events, has received a blanket ban on organising large scale events except for small scale event like marriages and conferences.

Several complaints from residents, against the traffic commotion caused around the venue is said to be the basis of this decision.

The 140 acres of Palace Grounds land has been in controversy since the late eighties. Media reports say that the State government brought the Bangalore Palace Acquisition and Transfer Act in 1996 to acquire this property belonging to the erstwhile Mysore Maharaja family. Ostensibly this was to safeguard the historical and architectural characters of the Palace Grounds and develop it as a major lung space of Bangalore.

However, the Maharaja’s only son Srikantadatta Narasimharaja Wadiyar and other family members, went to Court and managed to get a status quo order from the Supreme Court. Though the status quo order has led to some parts of the Palace Grounds remaining with the Wadiyars, the legal tangle still continues.

In 2001, the Supreme Court ordered that no permanent structures be built on the grounds and even the temporary structures would stay for not more than three days. Most of the individuals who have taken the land on lease for commercial activities, claim they have not built any permanent structures. There are over 25 marriage halls spread across Palace Grounds.

But these structures though temporary have been standing there for years, flouting the SC’s guidelines that the temporary leases or rents that will be allowed for maximum three days only.

After a complete ban on the commercial activities and concerts on the Palace grounds, the event organisers are exploring new options that will accommodate a huge crowd and be close to the city at the same time.

Trigam Mukherjee, Senior Associate – A&R and Communications, says, "Palace Grounds has been the only place in the city to hold event of huge magnitude. We are kind of lost with where to do such large events. The events will have to be moved far from the city."

He also adds that events like Metallica performance , where the audience strength reaches to over 40,000 people, requires about 4-5 acres of land. The apt location right now is Clarks Exotica resort on the new Airport road. And people will definitely find new locations but the citizens will have to bear the brunt as they will have to travel the extra distance.

He stresses on the fact that the public transport may not be helpful. So the government should make sure of proper public transport arrangements to the new locations for the commuters’ convenience.

Sharadh Chandra, Event manager, who organises events for Dastkar, a popular handicraft nature bazaar, says, "Definitely Palace Grounds was a better and larger venue for Dastkar. I wouldn’t say there is any difference from the buyers’ side as they want to purchase goods from us and so they came despite the change in venue. But the number of regular visitors has decreased by 30% to 40% as the capacity of the current venue to intake people is much lesser."

If the Palace Grounds does not remain a hub for commercial activities, what could be done to maintain it as a public space? Experts have different views about it.

Naresh Narasimhan, Principal Architect, Venkataramanan Associates, says, "I think it is a very good move. Why should it be treated like a private property? The government should convert it into a big botanical park with the biodiversity of Karnataka."

He also adds that it should be a beautiful space with public access like the Cubbon Park or Lalbagh. "As far as the events are concerned, they can have a designated place for the events but the large part should be used for a botanical garden featuring our state," he explains.

Vinay Sreenivasa, member of Hasiru Usiru, an environment support group, says, "Government should seek public opinion on what should be done further with the area. Maybe they can build a cultural centre for public use."

But the residents living around Palace Grounds, are extremely happy with the decision as their worries about the traffic menace is now over.

Manali Saket, a resident of Seshadripuram says, "The street gets too crowded during concerts. A lot of vehicles jam the traffic on the Palace grounds road from all directions and there is a lot of noise pollution in the area. The ban has been a good idea. Now there will be some peace to the residents."

For many a residents, Palace grounds is as integral to their memories as the concerts held there. Shreyas Nag, a resident of JP Nagar says, "Going to a concert at Palace Grounds was like a ritual, we had a set course of things like, (get to the) concert by 4 pm, finish by 11pm and then one hour at parking then straight to Empire (hotel) on church street which was on the way and then home. I am going to miss all that schedule now."

Shweta Rao, a resident of HSR Layout, says, "I have fond memories of Palace Grounds. From participating in Dandiya in large groups during Navratri season to attending Bryan Adams and Black Eyed Peas concerts."

The Government officials were not willing to talk on the matter.⊕

Why we don’t know what diseases affect Bangaloreans

Little data is available on what ails Bengalureans. But the available data on cancer, shows increased lung cancer due to air pollution. Nobody knows what other factors are affecting the health of Bengalureans.