The Joint Committee of the union supporting the strike, called it off yesterday late night after R Ashoka, along with other officials, announced to come to an amicable settlement. They included 86% dearness allowance in the salary. Also the trainees’ salaries were raised from Rs 7000 to Rs 8000 per month. 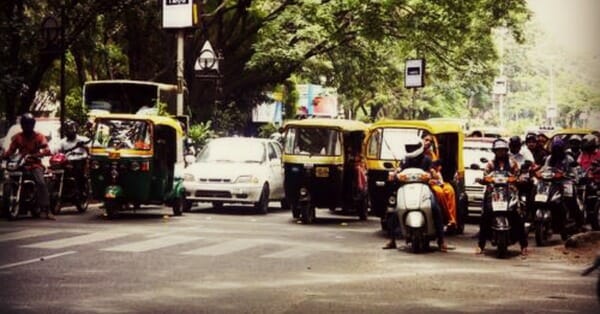 In the last two days, the city almost came to a standstill with around 6200 BMTC buses doing over 8000 rounds per day, went off the roads.

Three more unions including NWKSRTC and NEKSRTC and KSRTC supported the strike. 8,000 KSRTC buses running inter-state were off the roads too. A total number of around 1.10 lakh employees had participated in the strike by staying away from work.

A N Murthy, BMTC Convener says, “We were on an indefinite strike but now the government has come to an amicable settlement so we have called off the strike.”

The government had hiked their salaries in August by 10%. But the drivers were not happy with the decision and hence they decided to strike.

H V Anantha Subbarao, a spokesperson of the five unions supporting strike, says, “The salary hike is too meagre. They hiked the salaries unilaterally to 10 percent last month without consulting us and are saying that they cannot afford to increase the hike.” But now, after the settlement late night yesterday, the committee has called off the strike.

What were their demands?

Some of the 41 points were included in BMTC and KSRTC’s demand list including hike in salary by 35%. They also wanted the various allowances such as driver bata, over night stay bata to be raised by three times. The workforce ratio too needs to be raised from 4.24 persons per vehicle to eight.

The long list of demands also includes basic provisions like proper food and water,  clean toilets, proper place to stay for drivers and conductors driving overnight to other states.

They have also asked for clubbing all the four unions (NWKSRTC, NEKSRTC, KSRTC and BMTC) together as one. They also say that High Court had already directed the state to do this in an order.

No other demands were approved.⊕

Karnataka to go to polls on April 17

Here’s all news from the election season, tracked this week for you, by Citizen Matters.

Environmental Management and Policy Research Institute (EMPRI) has been designated as the state nodal agency for Climate Change in Karnataka to provide technical support in conducting research, training and capacity building in climate change programs.

This week’s scan of Kannada newspapers has a number of reports from low cost houses by BDA to how an inspector threatened a woman who went to complain and so on.