Girisha Hosanagara Nagarajegowda, brought home India’s first silver medal in Paralympic Games in the men’s High Jump F42 held in London. 24-year-old Girisha managed to jump over a height of 1.74 metres despite an impairment in his left leg. He took part in a three week long pre-games training camp at Basildon Sporting Village, which was sponsored by the Government of India. The rest of the time, he practised on his own. 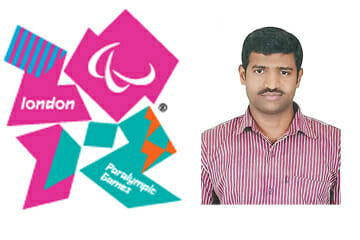 A small town boy hailing from Hassan district in rural Karnataka, he trained with the Sports Authority of India (SAI) and also won many medals at various National and State level high jump competitions.

Since 2008, he was supported by Samarthanam, a JP Nagar based NGO for the disabled. He was always eager to  win a medal at the paralympics and trained hard. He underwent call center training from Samarthanam and worked for ING Vysya bank for some time. Later, he quit the job so as to continue training.

Mahantesh G Kivadasannavar, Trustee of Samarthanam says, "He is a very spirited boy and is liked by all. He was very enthusiastic about sports so he left his job and decided to concentrate on it. He was also backed by the paralympic committee."⊕

India’s dubious distinction in terms of air quality is widely discussed, but the focus of discussion has typically been outdoor pollution. Yet, right here in Bengaluru, indoor pollution poses serious risks for several communities, cutting across class. What are the sources of indoor pollution and how can it be addressed?

This was written on 30th November 2006. And it’s two years since my mother said her last goodbyes, from a place that became her second home. Ours too, because we shared every moment of the peace, calm and tranquility that she experienced at Karunashraya.