Vijayan Menon, 57, has been a resident of Koramangala for 20 years now, and is an active member of the Koramangala Initiative (KI) group. He is a marketing consultant by profession but likes spending most of his time for city’s development issues. His interests vary from golfing, gardening, playing guitar and travelling. He talks about the KI group, citizens’ rights and responsibilities, and city governance. 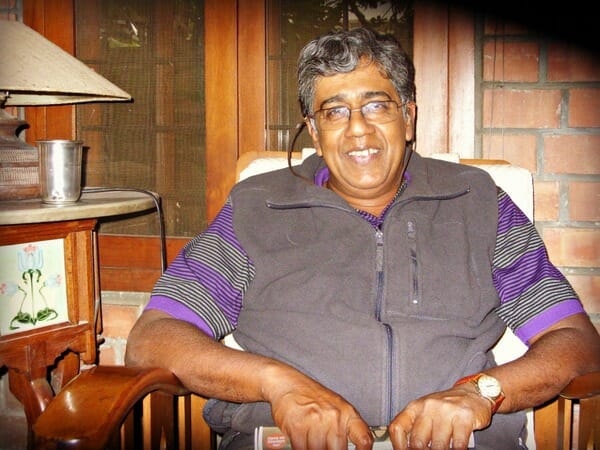 Excerpts from his interview.

Do you think the ‘Save koramangala’ group has saved Koramangala? What were you also saving Koramangala from?

It is an ongoing process. Some really good ideas are coming our way. And most importantly, the group seems to have attracted a lot of like-minded people. This is a leaderless group and a forum for people to talk about different issues that they feel, are of concern. We work in a non-hierarchical manner and bring about, ideas and solutions.

As far as saving Koramangala is concerned, there are a lot of things, for example bad planning. This is a residential layout and we need to maintain its character. There has to be safety, calmness, peace and cleanliness. There are several parameters that needs to be taken care of. And we need to work towards it.

How do you think citizen participation helps in taking decisions in infrastructure and town Planning?

Citizens forum (citizen groups coming together and taking up issues) method is right now a work in progress. All it is used for is to criticise the ill. It is not utilised to the point it should be. But having said that, there is no argument that citizens should have a say in what they want.

There are several citizen groups coming into existence now because of the vacuum between the government and citizens. The idea was that the decisions should come from bottom and go to top. But right now, the case is reverse. So citizens should practice making complete use of the participation opportunity provided.

You have filed a couple of PILs in the High Court for town planning issues like the recent Sirsi-Agara flyover. Did you get what you wanted?

Yes we have filed a lot of PILs in different areas of interest. Not as a group but as individuals coming together. We still have a long way to go. For example, in the Sirsi – Agara fly-over case, we might not have achieved the permanent stay on the work. But at least we made the government hear us out and re-look at their plans.

Though we might not have achieved what we wanted, we are certainly getting closer to it. We are talking to the officers from different fields and stating our points. We are also telling the government to work towards the causes that we are highlighting.

How do you find Bangalore in terms of public participation and citizen activism?

The citizen activism has become much more in the past few years due to various reasons. Bangalore has a cosmopolitan nature and there are a lot of changes happening everyday. The rapid economic growth has upset the balance. A lot of Resident Welfare Associations (RWAs) have come up to keep a watch over the society.

These battles that you are engaged in takes a lot of energy and time, what inspires you to keep going?

Honestly speaking, it’s not some passion or something to make a change that I’m here. It is that I have got new set of friends. It has got me closer to a lot of like-minded people who share similar thoughts and interests. That is the real motivating factor. We support each other for all causes.

And about time, yes it does require a lot of time for this. But since we are a group of people, we divide the work amongst ourselves to make it easier and less stressful.

What is the one fundamental change you would like to see in the way government implements infrastructure projects?

Physical manifestation of development should be uniformly distributed across the society and not towards one category of the society.

Do you want city government to have more power over Bangalore or the state government?

That is what the 74th constitutional amendment states. The city government or municipality should definitely run the city but should also relook at the way they function.

How many residents really end up building  without violations?

There are basically two types of violations. Bye law violation and zonal violation. The effects of both of them are different and so they need to be treated differently. 50% to 60% of the houses have very less Bye law violations which can be measured in inches. But there around 10% to 20% of residences that build houses with more than 100% to even 150% of violation.

The smaller violations are fined. But the problem here is, big violations are not even being questioned. There is no act of taking them to task by the BDA. And there are certain flaws in the rules as well that need to be fixed and changed.⊕

Santosh Doddaiah, 25, founded Covidbeds.org when he realised that government’s data on COVID hospital beds was wrong. He and his team have been directing patients to the right hospitals, and are now offering counselling and ambulance services too.

Workplace only for differently-abled