Two photo contests are open for all enthusiastic shutterbugs. One is focussed on city-nature interaction and other is for photographs of Kaikondrahalli lake.

The contests are open to all and there is no entry fee. 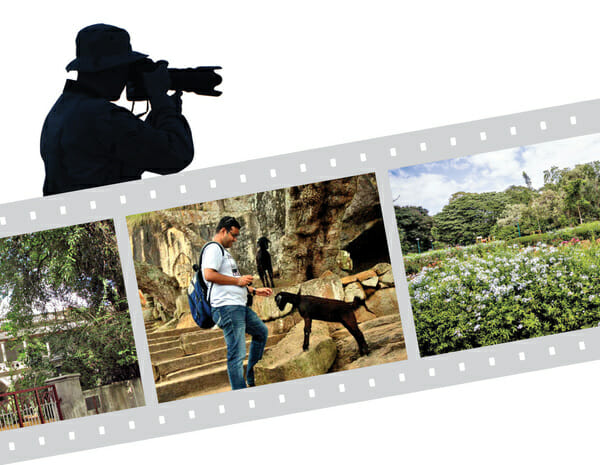 Selected photographs from both contests will also be exhibited in Hyderabad during the second week of October, at the eleventh meeting of the Conference of the Parties (COP 11) to the United Nation’s Convention on Biological Diversity (CBD). The pictures get a chance to be seen and discussed by the hundreds of government officials, policy makers and other delegates from around the world who will attend COP11.

Nature in the City

This contest is organised by the Ashoka Trust for Research in Ecology and the Environment (ATREE) along with Indian National Trust for Art and Cultural Heritage (INTACH) Bangalore and supported by Redframes, a photography focused one-stop-site.

The theme is URBAN-NATURE and PEOPLE-NATURE INTERACTIONS IN BANGALORE. Photographs have to be submitted in one of five categories

Four selected photographs from each category will be exhibited in Bangalore, during the first week of October, along with a series of events on urban biodiversity and nature.

Rules: To participate, send us your photograph(s) labelled with a filename which states the theme, the title of the image you have captured, the location in Bangalore where you took the image and the name of the photographer. Photographs should be emailed to bangalore.natureinmybackyard@gmail.com before September 25th. A maximum of ten photographs per person will be accepted!

Please ensure that the photographs you send in are less than 1 Mb in size, and at a resolution of 150 dpi or less (we will later request selected photographs in higher resolution). The copyright for the images will remain with you, the photographer.

By participating, you grant permission to the organisers to use your images in marketing collaterals and/or exhibitions. By participating in the competition, you accept that you are the sole owner/author of each entry.

Organised by MAPSAS (Mahadevpura Parisara Samrakshane Mattu Abhivrudhi Samiti), a non-profit organisation that is coordinating the rejuvenation of the Kaikondrahalli lake off Sarjapur Road, the contest is for photographs of Kaikondrahalli Lake, under the following categories

Rules: Photographs can be either in Black and White or Colour. Image files not to exceed 1 MB, should be 1400 px on the longest side and uploaded as jpeg files. Email the photos with your name, phone number, email id to Kaikondarahalli@gmail.com

Citizen Matters is a media partner for both contests.⊕

State government is mulling regularising some 75,000 unauthorised properties across BDA layouts. Read more on what else happened in the city over the past week, in our roundup

Theatre of the Absurd makes you think