On August 10th, 2012, an elderly couple’s decomposed bodies were found in JP Nagar 1st phase, who were murdered three days earlier. July 4th, 60-year-old Lakshmidevamma’s head was bludgeoned to death at her house on 5th Cross, Prakashnagar. Continuing this there have been several other cases of abuse, assault or murder in city against elderly people. 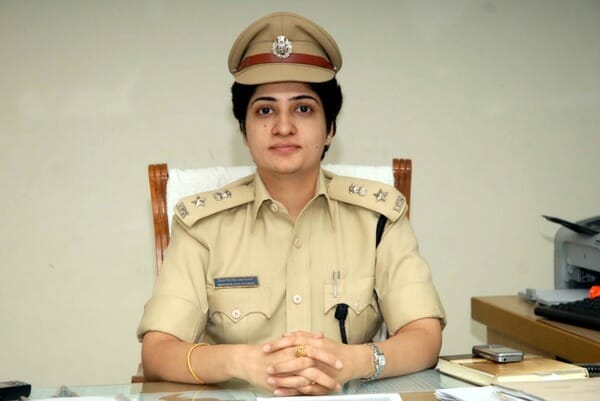 IPS officer Sonia Narang, Deputy Commissioner of Police(South)-Bangalore, is known for her tough stance against crime spoke to Citizen Matters  about ways to keep elderly safe at home. Excerpts:

Can you suggest some basic steps for elderly to prevent  crime at home?

Firstly, install an iron grill door at your house. Second, do not open the door for strangers whether it is a delivery boy, salesperson or anyone. This is for your own safety. I have visited a number of crime scenes, what I have understood is that the murderers have easy access to the house, there will be no signs of forced entry like in the current case. Opening the door should be avoided not only by elderly but also by lone women.

What about if people come in the guise of government officials like BBMP, BESCOM or say police?

First, check their ID cards. There may be a case of fake or forged one. So, call the concerned departments ask whether they have sent their officials even if it is police. One needs to cross-check!

“We have a beat system where police visit different places in the locality, conducts meetings with elderly and distribute pamphlets or brochures and advice elderly people.” — Sonia Narang, DCP (South), Bengaluru.

Do you think having a database of all elderly people living in concerned police stations’ jurisdiction will help?

Yes. We are in the process of doing this and it is a laborious task to collect all the information. It will take few months to do so.

How can neighbours/RWAs help and support police/community?

Community should participate in alerting or cautioning the elderly couples. Like in the JP Nagar’s case, the cook used to warn the elderly couples to lock the doors every time. RWAs can volunteer and advise their members to take basic precautionary measures.

Is there an increasing trend in criminal cases against elderly. If so, why?

It’s a wrong perception developed now-a-days. It is almost the same. I have been posted in south Bangalore for the last two years and have seen first instance of such crime against elderly. What happens is that crime against elderly instills more fear in people than crime against any other age groups. That’s why we hear more about it.

A recent media report said that Bangalore has 8842 police personals for the population of 8.5 million people. With such small strength, how would you take care of elderly, for instance?

Yes, we don’t have that many hands, we are short-staffed. We do all kinds of duties like bandobast, VIP security, court duties, different beats, investigations various other things. We are doing our best. At the same time it’s awareness and precaution that helps.

Leave alone crime against elderly, there are frequent other cases like chain snatching, robbery or theft. Why?

They are basically school or college dropouts or misguided youth committing these crimes with an idea of making quick buck. An accused gets bail easily in a chain snatching case. I think the law needs to be more stringent. It should be treated like a heinous crime. These smaller crimes graduate into a bigger crime. Definitely it requires amendment to the IPC (Indian Penal Code)⊕

Why I go camp hunting

Summer camps are to the holidays what gold is to an Indian wedding. The bride may never wear the jhumkas and gold chains that everyone’s gifted her but it’s the done thing anyway.

AAP is already on poll mode, preparing online and offline, for BBMP election. What is the newfangled political party doing to steal the heart of a Bengalurean?

Bengaluru running for passion, for cause

In its third edition, World 10k run has many takers in Bengaluru. Citizen Matters finds out what fuels the runners and how they train.