Rajvir P Sharma, the man who dared to take action against BBMP engineers for their inaction against building violations, has been transferred out of Bangalore Metropolitan Task Force (BMTF). J D Madhuchandra Tejaswi, Under Secretary to government, DPAR (Department of Personnel and Administrative Reforms) services, sent the transfer order to Sharma. 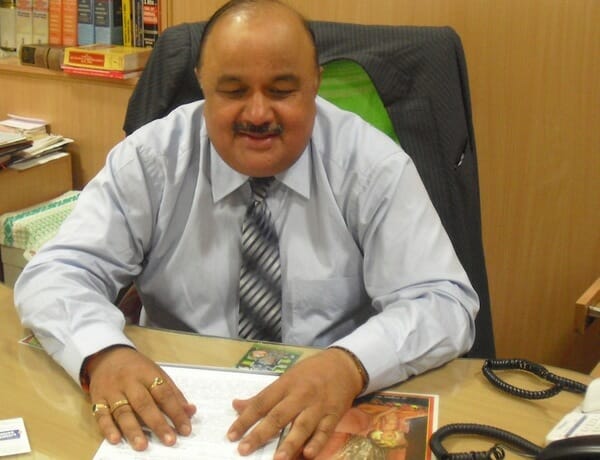 According to the order, Dr P Ravindranath will assume charge as Inspector General of Police (IGP), BMTF, with immediate effect.  Ravindranath is an IPS officer of the 1989 batch of the Karnataka Cadre. He had been serving as IGP, Excise Enforcement.

ADGP Rajvir P Sharma, an IPS officer, had taken charge of BMTF nine months ago. But he soon became a headache for BBMP as he started taking action against BBMP engineers. Frustrated, BBMP Employees and Officers association had protested for three days last week. They demanded Sharma’s transfer, withdrawal of cases against the engineers, and also expected BMTF function under BBMP Commissioner.

BBMP Officers and Officials Association president S Subramanyam says BMTF cannot take action against BBMP employees without the prior permission from the Commissioner, adding “BBMP works in accordance with Karnataka Municipal Corporation Act. It is in the same way BMTF should works under Commissioner.”

When Citizen Matters contacted Reju M T, Deputy Secretary of DPAR , he said, “We have sent the transfer order to Sharma as per Chief Minister’s order. I don’t know anything more; for further information, you have to contact Chief Minister’s office.”

With Sharma’s transfer, the fate of 132 cases registered against BBMP engineers is in question. When Citizen Matters asked Sharma about this, he said, “I have to obey the government order. You better ask this question to the new officer or to the government.” Mayor D Venkatesh Murthy says, “We will transfer the cases to the concerned police stations for further investigation.”

The BMTF was formed in 1996 under the state government’s Urban Development Department (UDD) to detect and investigate offences related to illegal encroachment of government property within Bangalore Metropolitan Area. It is supposed to work as a watchdog for protection of government land. It has a police wing (prosecution), town planning wing (for inspections) and an administration wing. BMTF does not have power to take action against builders but can take action against concerned BBMP engineers.

B Radha, Deputy Director of Town Planning,  who worked with Sharma in BMTF, is sad about the transfer order. She says, “BMTF became very active after he took charge. He has guided us in the right direction and we will follow the same path.”

Reality of dengue in Bengaluru; How you can prevent elder abuse; Who is saving Cubbon Park?

In this edition, read our guide on how you can recognise elder abuse, and what you can do to prevent it. Also what is the reality about the dengue crisis in Bengaluru – check out our analysis of it. Also read about the latest developments on Sarakki lake bed and Cubbon Park.

A strict penalty imposed by a state Information Commission against an official was upheld by the judiciary. This might well act as a shot in the arm for the RTI movement.