Achala Paani has come to be known as the angel that comes to the rescue of street dogs. 27-year-old Achala, runs ‘Let’s Live Together’ – an organisation providing a platform for puppy adoption. She strongly believes in adopting a puppy from the street and saving a life than buying one. 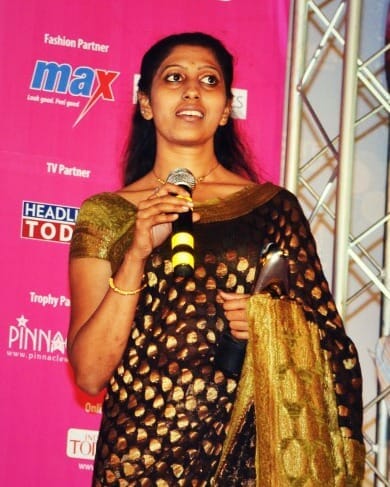 How did you come up with the idea of Let’s live Together?

I have volunteered for a lot of organisations all these years. And as a final year project for my advertising course, I took up adoption of Indian dogs. That’s how it actually started. I finished my five years of college and there were two dogs in my college, who were my best friends.

After I finished college, one of those dogs met with an accident. She had multiple fractures. She was put in hospital for about ten days and I was visiting her twice a day spending several hours with her. After ten days I had to get her out of that place and that’s when I quit my job to take care of her. My mother is an ayurvedic doctor and we gave her a lot of hydrotherapies, massages and we had to treat her for seven months. These seven months when she was with me, changed my whole life. So that’s when I realised that I could make a change.

Why do you think is there a preference of imported breeds over Indian dogs?

Well, talking about breeds, firstly it’s because people think it’s a status symbol to have breeds. And unfortunately most dog owners are buying them instead of adopting. But instead, if they could just go down the lane and pick up a puppy, they would be saving a life as well. It’s considered a status symbol to say they have four golden retrievers or four German shepherds. If the same crowd that went and bought these dogs, adopted street puppies instead, I am sure we wouldn’t have a problem (street dogs) at all.

These are people are the ones who are crazy about dogs. But when it comes to adopting a puppy instead of buying it, they are like “Ummm… No.” So it is really tough to convince people to adopt dogs instead of buying them. But I think times have changed. You will see so many people walking down the lanes with Indian dogs now, which was not the case, four to five years ago.

Is there a procedure to adopt these puppies?

The process now is a lot stringent now than how it was, when we started. Every adopter has to come with their family. I would not prefer to give the pups to the single people. We do not give it to those who want to give it to someone else. We don’t even give it for guard dogs. We give it only as companions.

Even if they come along with family, I ask them to submit their photograph and address proof. I also ask for a donation of 500 Rs so this helps when I am putting up adoption camps across the city.

How do you manage the expenses of the puppies?

We have about ten foster homes that take care of the puppies till they find a home. And then we get donations when we put up the pups for adoption. I also design various articles like mugs, calendars, and T-shirts and sell them.

Do you think the street dog menace will reduce if people start taking up street pups for adoption?

Street dogs are not a menace. Just because they do not have homes, we cannot call them a nuisance. People have just hyped it too much. But we keep forgetting that it is as much their place as ours. And yes, sometimes these dogs do bite. But there are so many men who go around the streets teasing women! Do we keep killing each one of them? Then why dogs?

These dogs are extremely loyal companions and they do not allow unknown people or other dogs into their territories. So they make for extremely alert guards. Instead of calling them a nuisance, people can adopt dogs in communities, take care of their food and shelter, and save a life. The dogs can be spayed so there are no unwanted offsprings and they also become less aggressive.

This organisation has entered its fourth year. So in the last three years, how many puppies have been adopted?

In these three years, around 320 puppies found homes.

In the absence of public restrooms, answering nature’s call is a challenge for many. A Bangalorean urges urban planners to include such fundamental human needs in their thinking.