The monsoon rains are delayed this year. But by sheer coincidence, BBMP’s rainwater harvesting plans of last year remain unimplemented, almost as if the monsoons were granting their own extension to BBMP, ominously. What’s worse, a Citizen Matters inquiry revealed that the city’s accounts department declined to release funds due to the engineers’ lack of interest.

Bengaluru faces a shortage of 410 MLD (megalitre water per day) of water. The average rainfall here is 923 mms within a geographical area of 800 sq kms.  It is in this context by seeing the potential of RWH, BBMP made implementation of rainwater harvesting compulsory in all its offices, parks and playgrounds and allocated Rs 20 crores in 2011-12 budget. It also proposed to reserve 10 per cent of ward grant allocation to RWH. In addition to that, to encourage citizens, a two percent rebate in property tax also proposed in all the houses, which are having RWH units. This 2011-12 decision now seems utopia. 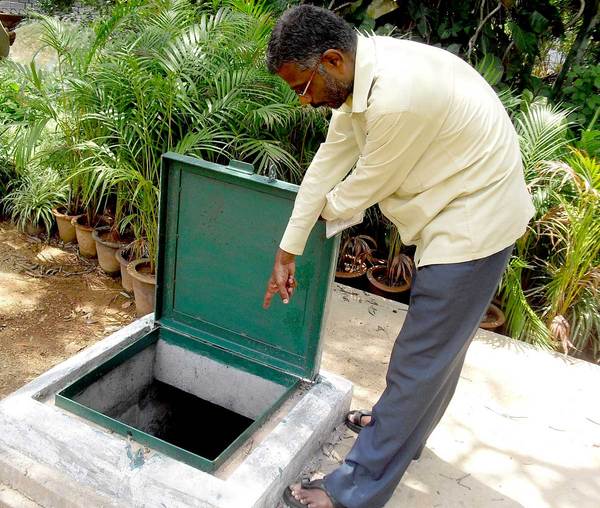 Last month, when Citizen Matters spoke to Krishnaswamy K S, Executive Engineer of the RWH project, ahead of the nearly approaching monsoon season, he said, “We have not done any kind of works associated with RWH so far. But we have some plans and have started doing some work.”

There is more. The 20 crore rupees allocated in the previous budget for RWH has been withheld by the BBMP Account Section due to the lackadaisical approach from the incharge engineers. The officers in-charge for RWH were supposed to submit the proposal details prior to the release of the money.

“The in-charge officers were supposed to do the site verification, tender allocation, project layout and so many other works prior to the release of the money. Nothing has been done so far. So the money has not been released,” said N V Subbanna, Chief Accounting officer BBMP.

B S Prasad, Chief Engineer for RWH at BBMP, declined to comment on the delay.

In the meantime, a new financial year has begun and the budgetary allocation of the previous year appears to have been forgotten.  Most of the flats, parks, playgrounds, offices, buildings in the city are still devoid of a RWH system.

RWH unit at BBMP head office is the biggest one.

Ironically, one RWH unit was installed at BBMP head office and at IPP (Indian Population Programme) Malleswaram office this year. Surprisingly, this project was not part of the BBMP RWH initiative. Executive Engineer L Chandrasekhar says, “The total cost of the project was Rs 35 lakhs. We have done all the works with our department money only. It does not have any connection with the 20 crore allocated for RWH in the budget.”

As our officials take a long stretch to plan and blame each other for the delay in starting the work, even the delayed monsoon rains may come and go. The city’s water problem will only be more severe in the coming days.⊕

BRA-I, a voice for city realtors

The Bangalore Realtors Association aims to streamline and promote real estate brokerage with a focus on transparency and fair dealing.

All you need to know about Ward 79 – Sarvagna Nagar

What were the works done in Sarvagna Nagar ward in the last five years? How much money was spent on it? What are the issues troubling the residents?

A strict penalty imposed by a state Information Commission against an official was upheld by the judiciary. This might well act as a shot in the arm for the RTI movement.