It has been 11 years since doctors predicted that Saroja Puthran would survive for just three months. She was declared HIV positive. Her husband had died within two years of being infected by HIV. As a homemaker, completely dependent on her family, nothing could have prevented her from collapsing completely. But she fought the disease successfully and works for people infected with the same disease. “I will work for them till my death.” she said with a voice that is not discouraged with bad experience. 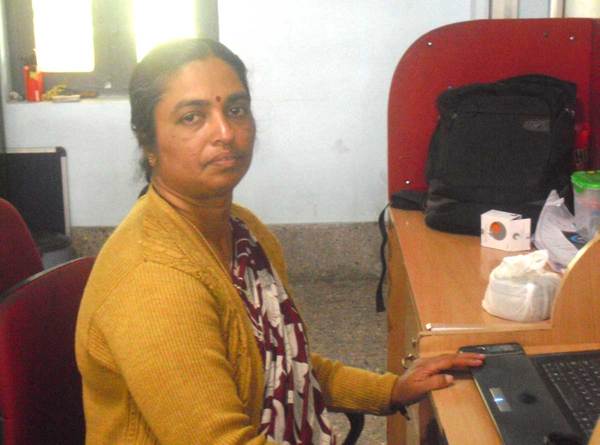 What do you think about the attitude of the society towards people living with HIV and AIDS?

HIV is not a disease in itself. It is a condition where human body’s immunity goes down making it susceptible to other diseases, which eventually leads to death. HIV does not spread through hugs or touch, despite these facts the society still discriminates them.

The attitude of the people towards people living with HIV or AIDS has not changed. I have come across a lot of cases where HIV people face discrimination from their parents and close relatives. People infected with AIDS will not disclose it to the society due to fear of discrimination and stigma. It is such a dangerous situation.

So the attitude should be changed in such a way that infected people can speak about this to society without any hesitation. A diabetes patient can ask for sugar free tea from a shop by disclosing that he is diabetic. At the same time a HIV patient cannot ask for say hygienic food by disclosing his status. Both diseases are chronic. But a HIV infected person succumbs to disease more due to emotional distress.

What went through your mind when you found out you were HIV positive?

After the blood test result turned HIV positive 11 years ago, my family and I collapsed completely. It felt like nothing could have provided us a relief to overcome the situation. In addition to that, the doctor’s prediction of death of my husband and my child, along with me, within three months completely shattered us. My husband’s death in two years and miscarriage of my second child made me desolate in my life.

How do you perceive your growth in the last 11 years, since the doctors predicted your death?

I would have ended my life if I had not met priest Jose Peru Pillai who works at an institutional care – where HIV infected people get treated in Kerala. He counselled me and showed me a new path to lead my life. From the very first day I started learning more about the disease that was eating me. I faced the situation rationally and started working with Karnataka Network for People Living with HIV /AIDS (KNP+) as an office staff.

It created an opportunity for me to interact with many infected people. My condition was no worse than them. After that experience, I decided to serve HIV people till the end of my life. Finally I rose to the position of the president (of the same organisation) where I had started working as an office staff.

What was your parents’ reaction when they came to know about it?

My parents and friends supported me a lot to overcome the critical stage. I lost my mother when I was 14. My father was not financially sound, but has helped me a lot.

Who would you credit for getting to where you are now?

Everything is by the mercy of God. Otherwise how could I survive without having any severe problems despite being infected with HIV? My elder son has not been infected with HIV but he’s mentally challenged. I worry that I hardly have any time to spend with him. He complains to me. Even when I am home I am always working.

How are you getting funds for KNP+?

Now we are getting funds from UNDP (United Nations Development Programme) and KSAPS (Karnataka State AIDS Prevention Society).  We also get help from Swasti- a health Resource center, Bangalore.

Could you explain the way the organisation works?

We are doing two kinds of programmes – one through Uthkarsha, an NGO  and other through Drop in Centres, an institutional care funded by Karnataka State Aids Prevention Society and run by KNP+. Utkarsha is meant for economically weaker sections and the latter for people with poor health. Through these programmes we do counselling and treatment. We also do house visits, depending upon the situation.

What is your message to society?

Women are the victims everywhere. Unlike a man she needs support to lead a healthy life. So my priority is to educate women. They should be independent enough to survive themselves when the circumstances asks for.

The Commissioner of BMLTA requests public comments on the proposed Bus Rapid Transport system for Bengaluru. Please comment on the article.

“Why do they need two brooms every month?”

Our spaces have been designed to only cater to a certain segment of the population – the able-bodied. Making matters worse, is our complete ignorance of how life is for people with disabilities

Last mile connectivity is still a problem for many commuters using the Metro. This 14-year-old wants BMRCL to allow people to carry cycles into the Metro, as it could help ease the problem.