Most of the lakes in Bangalore have vanished due to encroachment or construction activity. Arakere lake, one of Bengaluru’s biggest lakes may become a thing of past which has almost dried up due to negligence and is totally overrun by weed. 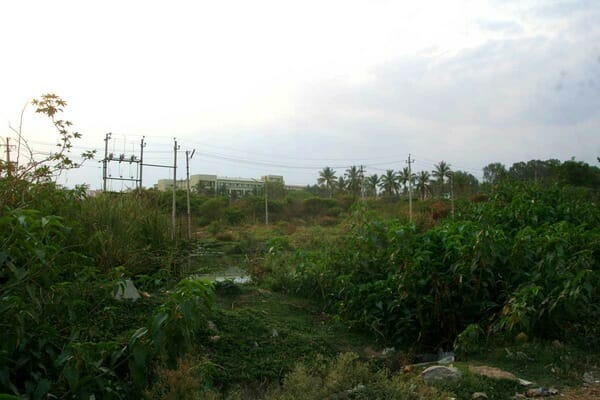 Arekere lake may disappear if nothing is done immediately. Hence four residents in the vicinity have formed a trust – ‘Arakere Neighbourhood Improvement Trust’ (ANIT) to spread awareness and engage the residents in rejuvenating Arakere lake. The trust was registered on June 30th, 2012.

The BBMP website states that the Arakere lake area is about 11 hectares (bigger than Sankey Tank). BDA’s estimate of the lake perimeter is approximately 3km. BDA has started on the boundary fencing on the Arakere and Bannerghatta Road side. Work on dealing with encroachments, fencing, desilting, diverting sewage and linking it with upward and downward water flow system is yet to be done.

“We want more residents to join our efforts, all it requires is little time and a bit of effort”, Gupta says. The trust had organised an awareness campaign in Sai Baba Temple premises in the locality a while back and hopes to do more campaigns in the immediate neighbourhood of the lake such as Vysya Bank Colony etc,. Those interested can either join their Facebook page "Save Arakere Lake" or contact Arbind Gupta – 9845193233

About Aradhana Janga 3 Articles
The author has not yet added any personal or biographical info to her or his author profile.

‘It is your fight. Take the initiative’

Domestic workers are often clueless on legal aid available to them at times of crisis. The meet was organised to help them understand what can be done.

A CSTEP study has found that many transformers in Bengaluru are poorly maintained and are not metered. Damaged transformers tend to disrupt power supply and pose a huge financial burden to BESCOM.

BBMP eyes Ecity; they say no, thank you

The city municipality has its eyes on the crores of tax that it can rake from Electronic city. But the industries worry that it might go the Bangalore way if BBMP takes charge, potholed and piles of garbage uncleared.