We all know the delight of having good food to eat when we are hungry; it must be the same for the other creatures who share our living spaces.

Nature provides such a variety in the food for her various children. The food chain generally ensures that each type of creature makes another its food, and in its turn, becomes food, too. 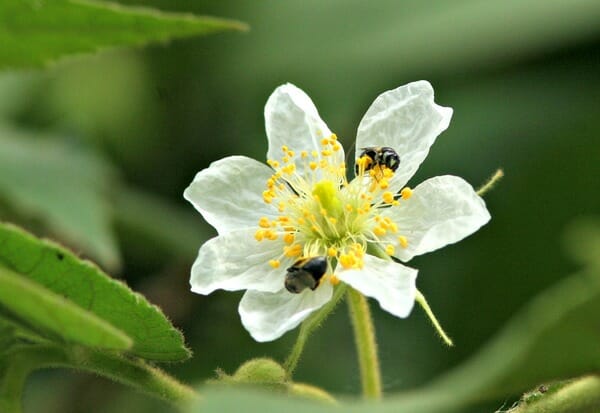 You can see, in this photo, the bees buzzing around the stamens of the flower. At the base of the stamen is the nectar that is their food, and while they get that, the plant gets its work of propagation done by the dusting of pollen on the insects’ bodies. Sometimes these meals are eaten literally in the air. See this Purple-rumped Sunbird feeding on the flowers, while hovering in the air! 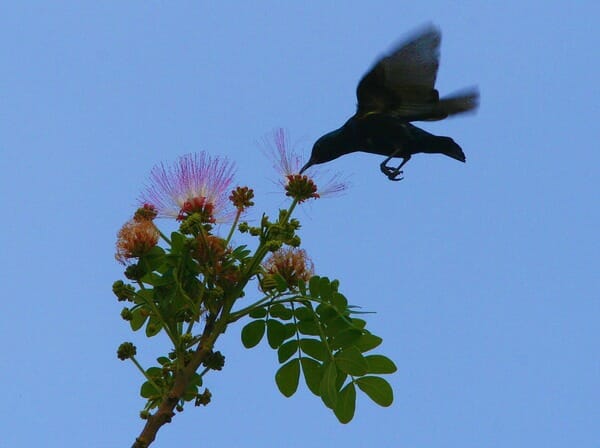 But the insects, in turn, are prey for other creatures, like monkeys or birds. Here’s a Rufous-tailed Lark that I shot in the outskirts of the city, making a meal of a grasshopper. 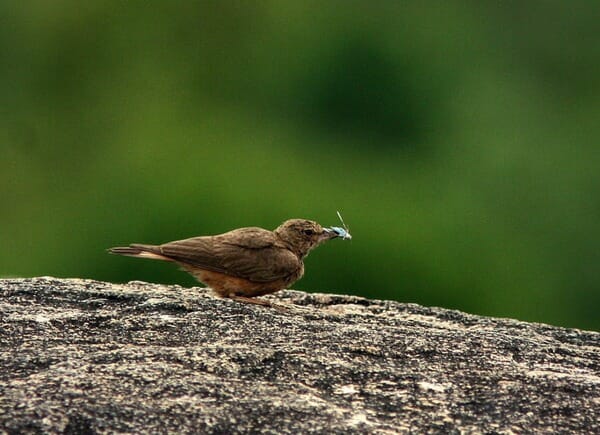 The birds, too, are eyed with hunger by larger animals, or birds of prey, like the Black Kite or the Shikra, in our skies. Very often, even crows will raid the nests of other birds, and pick off young nestlings, or even attack and eat a smaller bird.

Human beings are supposed to be at the “top” of the food chain, in that we are not (well, at least in the city!) killed and eaten by predators. We are omnivores, that is, we can eat anything. And to our knowledge, other species of animals do not have the ability to cook, season or spice their food before eating it. Other creatures in Nature eat their food raw; we too do it sometimes, with salads and fruits. But the majority of our food is cooked.

So the next time you look at a bird, butterfly, or a street dog, think about what it is eating and how it is surviving in our urban environment. Our urban wildlife has adapted itself to life around human beings, and often feeds on the trash and remains that we throw away or waste. The squirrel in Lalbagh that runs for your peanuts as interested in its breakfast as you are in going to the nearest Darshini for your idlis!⊕

Girija Ramesh had been driving an auto for hire in Bengaluru for the past few years.

Many migratory birds, flowers heralding the onset of summer, people on a boat ride, a gorgeous sunset – these are some of the things that you will come across if you set out on a bird walk at Madiwala lake.

Thermal and a quarter is a name to be reckoned with Bengaluru’s rock scene for nearly two decades. Their new space for rock schooling, jam sessions and recording studio is a culmination of this long journey.