It has been four years since Bangalore’s Lake Development Authority (LDA), put forward a bill demanding more power and funds to protect the city’s lakes. The wait seems endless for the cabinet’s approval of the proposed LDA bill. If passed, the bill will provide both resources and enforcement power to the LDA. 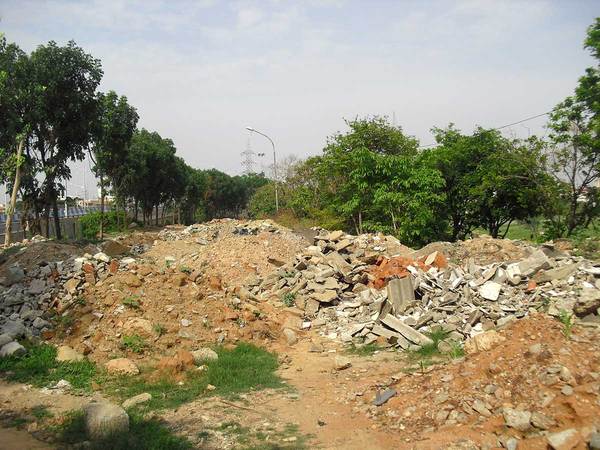 Strangely the ‘authority’ was formed under the Societies Registration Act, 1860, with practically no power to act against violators. “LDA is working like a society. Lack of resources is not allowing us for a full-fledged functioning. So we decided to propose a LDA bill in 2008,” says Rama Acharya, Public Information Officer, LDA.

LDA was formed in 2002 by Karnataka’s environment ministry. It has been funded by the State government.

According to LDA, Bangalore originally had 2785 lakes. People used lake water for domestic and agricultural activities. But due to industrialisation and urbanisation 90% of the lakes have vanished. But without teeth and resources to back it up, LDA is unable to do much.

Taking care of even these six lakes has not been possible for the LDA. When Citizen Matters asked about the dumping of construction wastes and pollution in Agara Lake, Acharya said, “We cannot take action against those who are violating the lake. However, we have informed about this to the Revenue Department and KSPCB.”

What LDA seeks through the bill

4. Bring more lakes under its ambit.

LDA officials say their notices have been in vain. Eighteen cases are pending for the past two years with Karnataka State Pollution Control Board (KSPCB) with regard to the lake pollution.

Despite its lack of powers and funds, LDA has been able to do some work. Last year the authority did a lake water analysis on 86 lakes in Bangalore. 39 lakes were highly polluted and 47 moderately polluted.

But again, no action could be taken.

For a bill to become a law, it has to pass through different stages. But the LDA bill has not even passed the initial stages, since its drafting, says Ravi.⊕

When Benniganahalli lake started frothing in 2017, residents of the nearby Pai Layout pushed BBMP to restore it. The cleaned-up lake bed is now filled by monsoon rains. The residents have also formed a Trust to develop a jogging track and other facilities here in coordination with BBMP

The 74th celebration of the month-long carnatic music festival in Fort High School in Chamarajpet on the occasion of Ramanavami is back.