Citizen Matters, in association with Red Frames is hosting a photography exhibition, on June 16 and 17, at two venues in South Bangalore.

The selected images are from ‘Frames of my City’ contest held late last year, that witnessed a spectacular response. The travelling exhibition gathers the collective talents and perspectives of amateur as well as professional photographers across India. Moving from online to print, to a collector book to exhibitions across India, ‘Frames of my City’ has made a tangible, valuable impact in the field of photography. 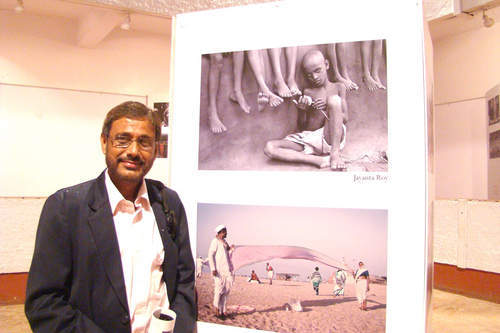 A forlorn young boy, nestled next to the feet of his friends perched on a platform, gazes on into the distance, unmindful of the camera. The telling photograph was chosen as the winning entry at the ‘Frames of My City’ contest organised by Red Frames, a Bangalore-based photography website. Shot by Kolkata-based photographer Jayanta Roy, it was picked from among 7,800 entries by 1600 photographers from over 250 locations.

Roy says of the photograph, "I shot it at a slum near Kolkata. Several boys were playing and the boy was just sitting there. He did not react to the camera. After I finished shooting, someone told me that the boy had lost his mother a few days before." Roy has won several awards including the National Geographic Award in 2004. 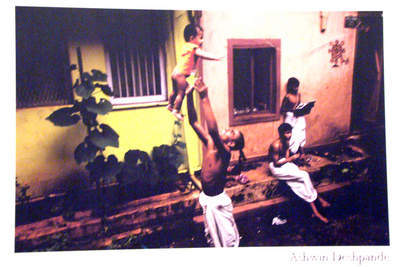 A Vidyashankar, a member of RWA BTM layout feels this is a great initiative taken by Citizen Matters, “With more such events, the communities and residents will have something nice to look forward to”, he says.

Venkatesan Perumal, a well known photographer and founder of Red Frames says, “Photographers across the country can showcase their talent, it is a welcome opportunity to take it back to the people, who are the real audience”.

Red Frames is a photography focused one-stop-site where you can meet the experts and learn techniques that will make you a better photographer.

Citizen Matters is a Bangalore focused and citizen oriented newsmagazine publishing two editions with 36000 copies every fortnight. It is a vibrant mix of interactive citizen reporting and ethical professional journalism, available online at www.citizenmatters.in

B Prasanna Kumar, INC, won the 2008 Assembly elections from Pulakeshinagar by a large margin. Learn more about this three time MLA’s assets, performance, issues and his involvement in his constituency

Catch up on news from the city in our weekly roundup