R K Misra is a member of the ABIDe task force for Bengaluru and urban reforms campaigner. He’s a card holding member of the BJP. And yet, here he is supporting a Loksatta candidate, Ashwin Mahesh, in the coming Sunday’s Graduate constituency election. This support is part of his online campaign Bangalore28 that he has started on Facebook. Bangalore28 is a campaign to field ‘good candidates’ for Bangalore’s 28 MLC and MLA seats for the 2013 elections. He feels this will in turn impact the 2014 national elections. Citizen Matters asked RK (as he’s popularly known) some hard questions on his campaign and his political aspirations. 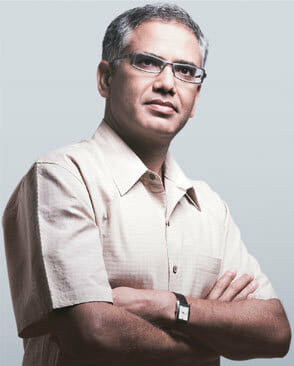 Your Bangalore28 campaign is attracting people who are in politics to change Bangalore and the country. But will a Facebook-based, feel-good campaign produce real political change on the ground during elections?

Facebook and other mediums of communication are no substitute for ground campaign with one-on-one connect and we are doing intensive voter connect programmes. However, we must realise that voter profile in India has changed dramatically. Young adults between the age of 18-30 years constitute almost 50% of Indian voters. These voters are technology savvy and connected. Power of social networking and endorsement is immense. In recent elections young voters have been seen exchanging notes on election & candidates on social networking sites. They proudly displayed their inked fingers after they cast their votes.

As a result of Bangalore28, even if good people come forward for next year’s assembly elections, how will they find the money to promote themselves and become known as credible alternatives? MLA elections are fought with so much money.

We will reach out to the independent minded and socially conscious voters who can not be influenced by caste, religion and money. We will focus on transparent campaign finance, issue based politics and credible candidates. We would field candidates whom people can believe in. This will be an antidote to money and muscle politics.

We will use several methods to raise funds in a transparent manner from a large number of contributors. People are more than happy to contribute for good politics and credible candidate. Currently most of the election campaign money is spent in buying votes. Since we we won’t be using these malpractices, our financial needs will be modest and well within the limits prescribed by the Election Commission.

You are a BJP party member and yet you are supporting Ashwin Mahesh of Lok Satta for the MLC seat in the graduates constituency race. Does your party not care? Will they not suspend you?

I believe that good candidate is the fundamental building block of a transparent and mature democracy. Unfortunately our democracy isn’t transparent. Few people, mostly unelected, decide on the candidates and the voter is left with no choice. Unlike many other democracies, we do not have a primary system which allows party cadre to choose on best suitable candidate to fight the election.

My loyalty is to my conscience and my nation. I find Ashwin Mahesh a better candidate and that’s what matters to me. I do not care for the consequences as I have moral conviction to stand by my decision.

Will you run for MLA next year from Bangalore? You are well known and respected in the city as a reform-minded and pragmatic individual.

Currently I am focussing on fielding good candidates for 28 MLA seats in Bangalore and five other cities in Karnataka in the next year’s assembly elections. I will make a suitable decision for myself at the right time.⊕

Focus will be on education and health, says Bhaskar Prasad

Can we avoid steel flyovers and other faulty projects in future?

Could systemic public engagement prevent imbroglios of the kind created by the Bengaluru steel flyover proposal? What steps and caveats would be necessary for that?