“Kissing a lot of frogs before I meet my prince charming.” She laughs when asked about her collection of around 150 frog figurines of all shapes and sizes. Shobhana Narasimhan, 48, is a professor and chairman at Jawaharlal Nehru Centre for Advanced Scientiﬁc Research(JNCASR), Bangalore India. She has a PhD in Physics from Harvard University, Cambridge. Passionate for social work and development of women, in the field of physics. She travels the world for this. 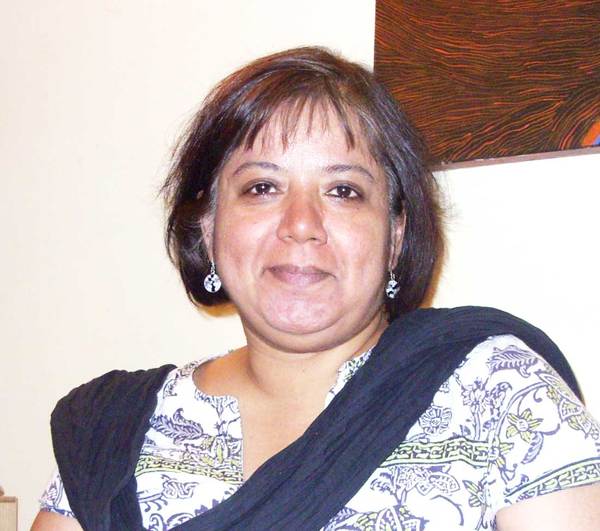 As a school student you had a phobia for Physics. How did you end up being a physicist?

Even though I scored well in physics, I had a mental block that I was not good at physics. But in my junior college I had good teachers. I learnt more modern things in physics like quantum mechanics and relativity. I found them interesting. I was asked to do an essay for a radio programme for children on Einstein. When I was reading about Einstein, I read about his discoveries and work. I found all of that really interesting and then I got really fascinated about physics.

How have you inculcated these writing methods to the children you teach?

It’s a little bit different. Some skills are the same like having a good writing style, but you have to think logically and clearly. I do teach writing in JNC. I teach them how to write scientific papers which is different from writing fiction. You have to see a pattern in your head and get it out clearly, use simpler words. I teach different writing styles like how to read a recipe from a cookbook and how to read scientific instruction. Then they take a recipe from a cookbook and convert it in a scientific style. Like how to make chocolate pudding written like a lab manual. That makes it easier for the Physics students to understand and write the scientific papers in simpler manner.

Has there been an increase in the number of women joining Physics?

I have to say ‘no’. In the US, there is generally this assumption that the women are not smart enough to go into science. They are really fighting hard for it and the number of women in science is gradually increasing in the US. In India, I felt that this idea was not there. But I don’t know why they disappear afterwards (after completing their Graduation and Post Graduation in science)

But there is a mystery that they are doing more of biology. So why are they there in biology and not in physics is a puzzle. Even now if you look at the professors in physics, there are very few women. It is only about 5% to 10% in the top departments like the research institutes in India. In colleges, maybe a little higher. But it is not clear why.

What was your role as a member of the task force for women in science, set up by the Govt of Maharashtra, dept of Physics, set up in 2003?

For example, we have a rule in the central government that most of the institutes are supposed to have day care facilities. But many places didn’t have. And nobody checked if places had or not and penalise those institutions that did not have such facilities. There are even institutes which don’t have a toilet for women. You have to build a women friendly climate for them to work.

Scientists have hobbies too

I read a lot. Probably four to five books in a week. I am very interested in art. I like to go to museums. I bake when I have time.

Is there any particular difference in the physics teaching programmes that you take up abroad and here in India?

No I basically do the same thing everywhere. The idea is to provide a role model and to teach. So I think that they want people in other countries to say that you can be someone from a developing country like India and you can be a woman and you can still be doing science. I enjoy teaching and I going abroad to do that. And the same thing, I do here in India. Visiting places and teaching physics.

How do you manage to continue with your own research along with so much of travelling?

It’s hard. It is tough to balance everything. But I enjoy doing these things. Initially when I started doing physics, it was purely because of the intellectual pleasure it gave me. Then I thought I should contribute to the society. Now, slowly, my research has also moved to a more applied area. I don’t plan things. They just happen because I want to do that and it gives me immense satisfaction.

Encouraging lines to the women wanting to join science.

I would like to tell them that it’s a nice life. You can have a balance of everything. You get intellectual pleasure, you get a decent standard of living, you get to meet interesting people, travel, you get to be your own boss, you get to choose your working hours. So as far as the quality of life goes, I think you are much better off here. I have no regrets.

‘Angels in the smoke’

The three men chose to be firemen and the award given by the ‘Beyond Carlton’ Trust has only reinforced their love for their profession.

Be careful of the water you drink

Water is the elixir of life. But according to World Health Organisation, nearly 1.8 million people die every year due to water-borne diseases.

Happiness is infectious, proves this happy bunch of people

Happiness needs no reason – it’s a state of mind. Get a hug and feel the difference! Meet this team that spreads happiness.