The 84th edition of the Gangamma Jathre (Fair) at Malleswaram drew Bangaloreans in large numbers. The origin of this Jathre can be traced to the rich tradition of worshipping Nada Devathe or local deities in our city. Gangamma is believed to be one of the seven deities of Bengaluru. 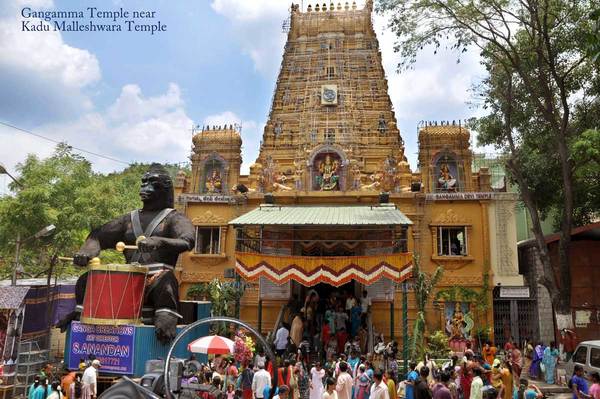 Jathre at Gangamma Temple near the famous Kadu Malleshwara Temple was a three day affair that began on 14th May and concluded on 16th May with a grand Karaga procession.

During the period of festivity devotees flocked the Gangamma temples in large numbers and offered Ragi Ganji (gruel) to the Goddess. The deity was adorned with colourful flowers and the temple decorated suitably to match the grand event.  Devotees in large numbers were seen enjoying the event along with their families and friends.

This year saw four special art installations by Davinchi Suresh of Kerala. His version of King Kong was a huge hit with the public especially the younger generation. Vani a tenth standard student along with her friends, told this writer that they enjoyed the shrills of the King Kong while playing drums. Mohan Raj, 39, BJP President, Bommanahalli, was all  praise for the creativity in the installation of a Tiger along with an idol of the popular Superstar Rajnikanth from his movie “Enthiran”. He had come along with other family members all the way to offer prayers  The other installations included scenes from Lord Vishnu’s Dashavathara and Vaikunta. 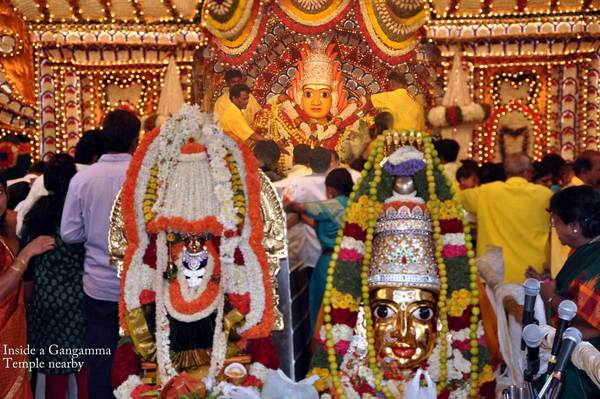 Suresh, 37, spoke in detail about his creations; he said each item took him nearly three months to finish. But the installation of each item by his team of 10 members took just one night. All the displays were transported in three lorries from Kerala and assembled at the venue. However all his worries were eased when he watched the delighted expressions of the viewers especially the children.

The event concluded with a grand Karaga procession witnessed by thousands of devotees.⊕

About C R Sridhar 9 Articles
The author has not yet added any personal or biographical info to her or his author profile.

NIAS: Expanding the borders of knowledge

In the concluding part of our series, take a look at a destination that leads scholars to acquire knowledge across disciplines and apply it to solve real-life problems.

Bangalore’s Big Banyan Tree which spreads over five acres and the second largest in the country attracts a lot of visitors everyday. Over 400 years old, it surely symbolises eternal life, as is believed in Indian culture.