As the weekend approached, the weather looked good on Friday evening as I left my office with the printout of a map of place called Hesarghatta. At 5 AM the next morning, we started on our journey to this famous lake. The idea was to have a enjoyable day out and capture some scenic photographs and lots of birds too, as promised by various websites on the place. The roads were empty and we hit the outer ring road by 5.30, but as we crossed the Hebbal flyover, we realised it was going to be almost a never ending journey. The Google map helped little as we passed through a lot of villages, but we finally reached our destination after innumerable route changes directed by villagers. 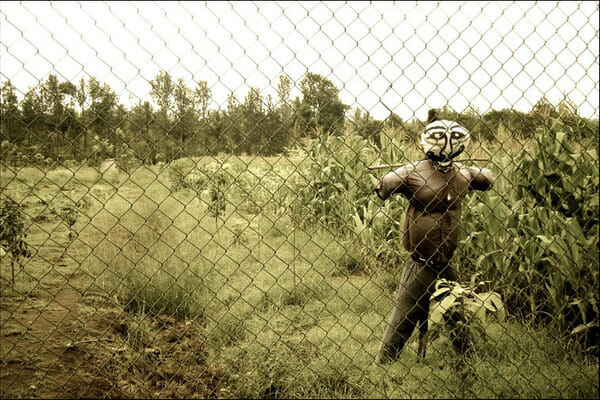 We were surprised to note that the same road led towards Nrityagram, the dance village. After few minutes drive through the cloudy weather, we reached a huge junction which looked like the bank of a river or a canal. A few villagers who were answering nature’s call were a bit taken aback on seeing early morning visitors. As we parked the vehicle and reached the top of the bank there was another surprise waiting for us – an awful one. We saw a huge barren lake bed with no water. We could hardly believe to discover nothing more than a few birds around the place. The place indeed was very green and scenic but nothing like what we expected. 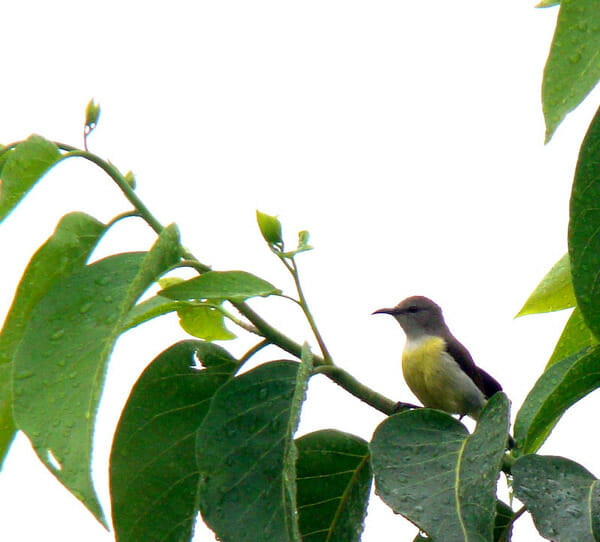 After spending a few minutes taking photographs, we decided to move along the same road and check out Nrityagram. After passing a poultry farm and a film training institute, we reached the famous dance school and a very beautiful Taj Kuteeram. The place was a treat to eyes, but disappointing as a board declared that the premises were closed for vacations until 1st October. The manager at Taj Kuteeram informed us that the famous Hesarghatta lake was once famous for river rafting and birding, but dry since the last ten years. We spent some time taking pictures and started back home. It was indeed a disappointing trip and I wondered how websites could continue to support misleading photos and details of Hesarghatta. 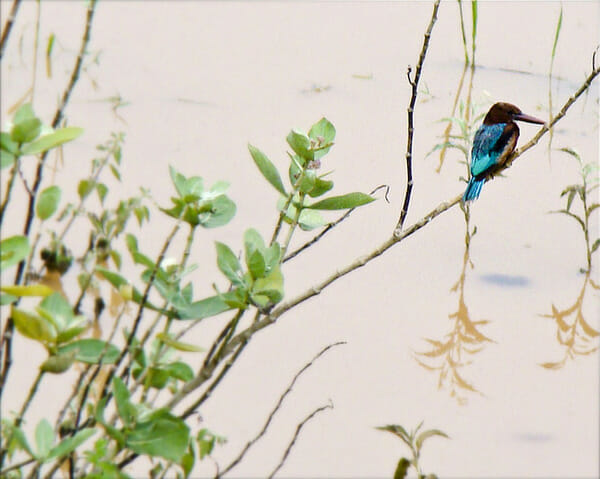 A Kingfisher captured our attention and then as we moved around the lake, here is one of the birds I caught on camera. We also saw a few other birds including crows and Brahmini Kites .

Resorts like Taj Kuteeram are contributing a lot towards introducing nature to man – they encourage visitors to spend time with nature and in return nature visits them in full bloom, making it a worthy expenditure.

And this one was a beauty. I spent some time running behind it as it was not still for long. I tried spot metering these birds and if you observe, the bird at first looks like it has its mouth opened wide, but actually it’s the crown on its head. I am not sure about its name. So any comments about the same would be appreciated. I am planning to visit Hesarghatta again in the future, to see Nrityagram and spend some more time at Taj Kuteeram.

About Saurabh Mittal 8 Articles
The author has not yet added any personal or biographical info to her or his author profile.

Even as they demand relief, street vendors in Bengaluru are offering to support the government by running community kitchens and delivering essentials to households.

No Cauvery water, no water problems. But that was then

Cauvery Water in Bangalore was the first big step taken by the government to meet the growing water needs of the city. But that is not enough to solve the crisis now. Citizen Action Forum has a more sustainable approach.

“It takes a babu to out-babu another babu”

He’s Bangalore-based, 51 and took early retirement from the IAS, after being a top bureaucrat there. Guess what he does now? Heads ipaidabribe.com to cleanup corruption in government. Meet T R Raghunandan.